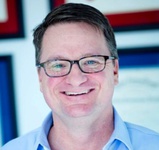 Dave got into the industry when he discovered his passion for finance in his mid-20’s. He’s a combat veteran and served as an officer in the United States Marines Corps on both active duty and in the reserves, retiring at the rank of Lieutenant Colonel. While serving on active duty, Dave was unable to spend money on deployments, so he became a self-taught investor. Along with a few bucks cash as a bouncer, his investing performance grew to be good enough to pay for an MBA, a new car and two years of living expenses. He was proud of that, so after returning home for an MBA at his alma mater, the University of South Carolina, Dave became a CFA Charterholder (because, he says, “What could possibly be more fun than spending an additional three years earning the CFA Charter? Turns out, a lot of things,” but he’s glad he got it.) and worked for large Wall Street firms. The reason Dave co-founded Monument is because it became abundantly clear to him that the financial services industry was drowning in a sea of sameness. Real wealth planning either didn’t exist or was nothing more than a mechanism to generate an asset allocation and sell products. Creativity was nonexistent, culture was focused on shareholder profits, and advisors were accountable to sales managers, not their clients. He was unimpressed—and very, very bored. So, in May of 2008, Dave co-founded Monument Wealth Management, experiencing a very real-life example of the difficulty in market timing. Dave can name a number of reasons why someone would want to hire Monument, but he says what really stands out about us is that our razor-sharp Team has a renegade spirit and a passion for what we do–-and it shows every single day. Connect with us on Facebook, LinkedIn and Instragram. Learn more here.

Stories by David B. Armstrong