Will Independent Voters Be Influenced By The Economy?

High Net Worth investors are influenced by the same factors as the rest of the electorate.  At the beginning of 2020, investors were optimistic about the economy and their financial futures.  That all changed when the pandemic came to the U.S. and the economy was shut down to slow the spread of the virus.  The economy came to a crashing halt and the market dropped by percentages not seen since the Great Depression.  But since that time the market has been rapidly recovering sometimes flirting with all-time market highs.  But does the recovery of the stock market mean the economy has recovered?  Do investors believe the economy is recovering or do they remain apprehensive?  How will that impact their vote in November?

While HNW investors are relatively positive regarding their own financial situation, their overall attitude regarding the economy is not as optimistic.  When investors were asked in March to rate on a 0-100 scale the impact the coronavirus might have on the economy (with 0 being “no impact” and 100 being “huge impact”), the outcome was 69.82.  By April that level of concern had increased to 86.16 and remained near that level until the end of August when it dropped to 76.07, which is still a relatively high level.  When asked about when the U.S. Economy will return to pre-coronavirus crash levels, 35% of investors indicated one-two years while a third indicated it would be more than two years before the economy might bounce back. 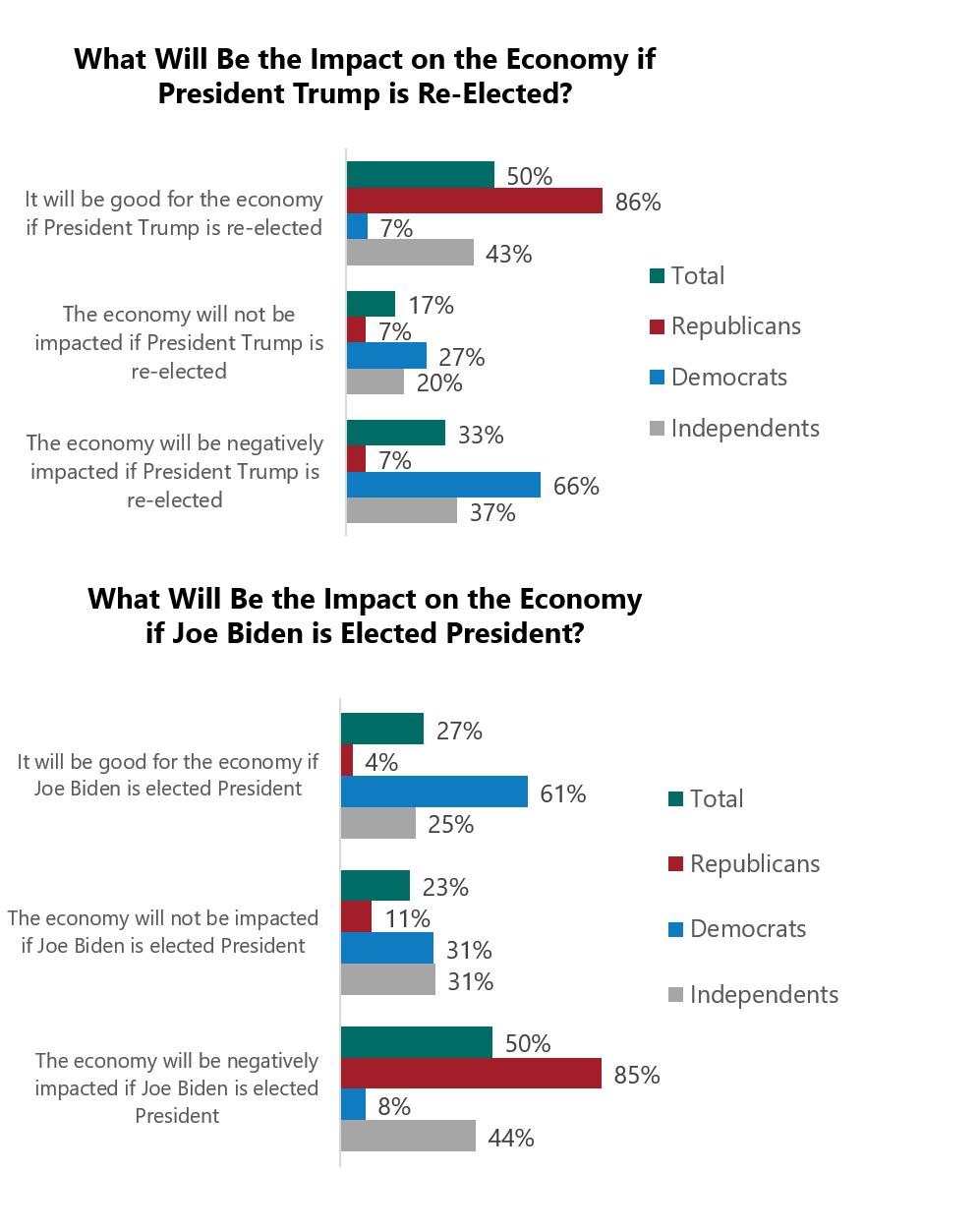 Similarly, investors are more likely to believe that the Dow will end the year at higher levels if President Trump is re-elected compared to a Joe Biden win in November.

As you can see, 55% of investors believe the Dow will close over 28,000 at year-end 2020 if the President is re-elected compared to only 5% who feel similarly should Joe Biden win.

Regardless of the outcome, how Independent voters feel about their own pocketbooks as well as the long-term economic outlook may be a critical factor in determining the outcome of the election.