While corporation tax rates are influenced by the country’s definition, there’s clearly a pattern with developing countries and emerging economies paying higher rates to sustain the country.

The top five richest countries in the world’s corporation tax are relatively varied, with Luxemburg standing at 27.08%, Norway at 22%, Iceland at 20%, Switzerland at 18% and Ireland at 12.5%. It would appear that some countries’ cultures factor into how much tax they pay. For example, Scandinavian countries are proud to pay higher taxes to contribute to social welfare.

On average, Africa has the highest corporation tax rate throughout the world’s continents at 28.45% and South America, the second highest with an average rate of 27.63%. However, Europe stands at the lowest rate of 20.27%. Does this contradict the claim that developed countries pay higher tax?

OECD explained that corporation tax plays a key part in government revenue. This is particularly true in developing countries, despite the global trend of falling rates since the 1980s. Let’s take a closer look at two continents, South America and Africa, paying the highest corporation tax rates in the world.

South America has most countries in highest corporation tax top 10

It is unclear whether South America, as an emerging continent, is charging higher taxes in order to raise government revenue or to benefit from businesses that are looking to expand internationally and enter new markets. According to research, South America is becoming a popular choice for business to enter, with strong trade links and an advantageous geographic location. Indeed, South America is a large continent where some countries are business friendly and others are harder to penetrate.

Africa: the continent with the highest average corporation tax

Being the poorest continent in the world, Africa unsurprisingly has the highest average corporation tax at 28.45%. With the highest in this data being Zambia at 35% and the lowest being Libya and Madagascar at 20%, South Africa stands roughly in the middle at 28%, slightly above average for Africa overall. Does this mean that South Africa is the safest bet for business?

South Africa is one of Africa’s largest economies, with 54 diverse countries in terms of political stability, development, growth, and population. As South Africa has been a relatively slow growth area over the years, corporation tax dropped from 34.55% in 2012 to the current rate — but was this effective? GDP in South Africa has fluctuated quite dramatically since the 1960s. Business favours countries with political stability, which is something South Africa doesn’t currently have. Furthermore, South Africa’s government debt to GDP sits roughly in the middle of the continent’s countries — is this influencing their corporate tax rate? 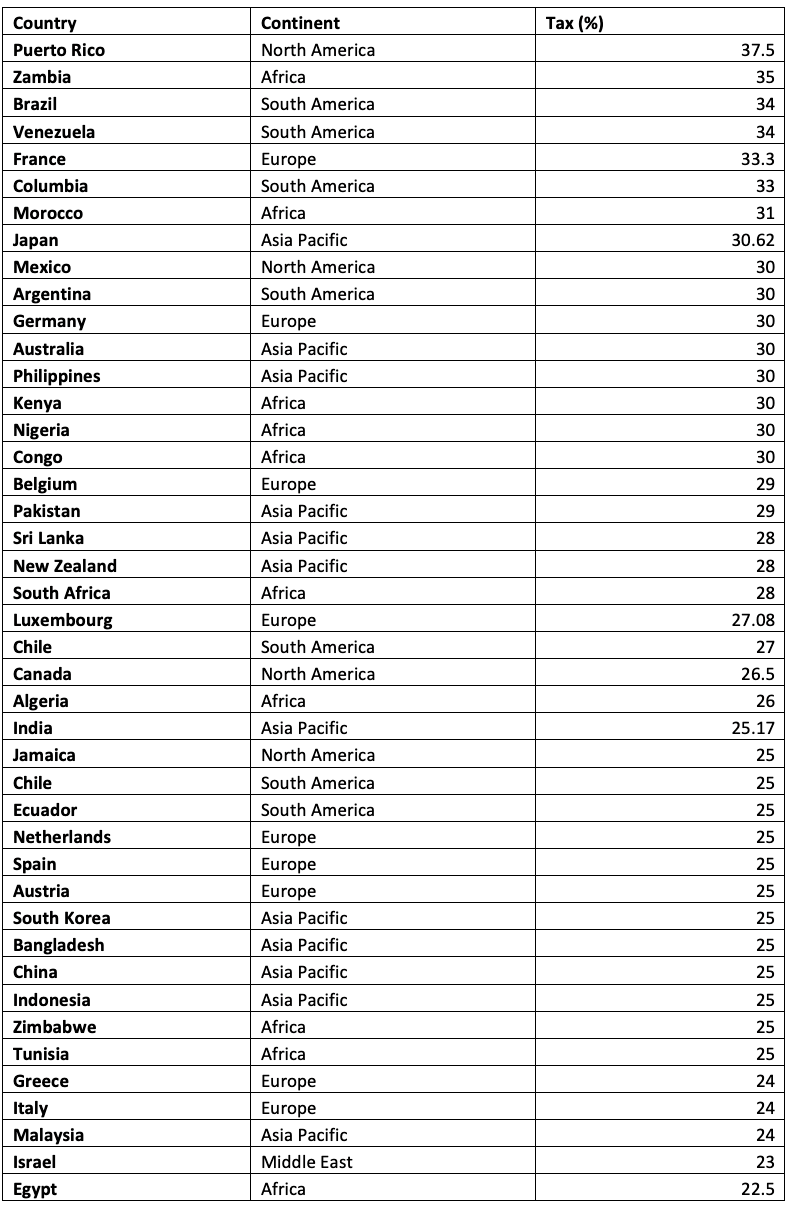 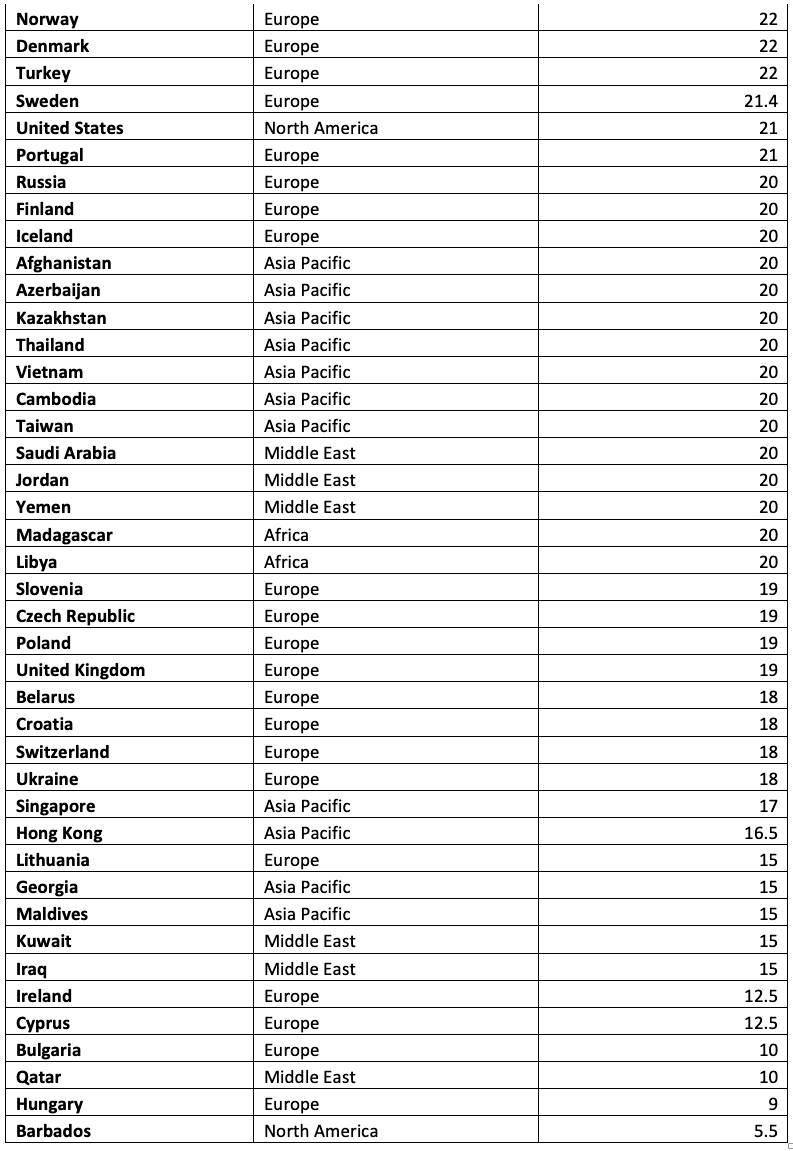