We knew the April US jobs data would be ugly. Speaking on ABC’s “This Week” program last Sunday, Minneapolis Federal Reserve Bank President Neel Kashkari predicted “the worst is yet to come.”

Kashkari is right; this won’t get better while so much of the economy is sidelined. The stay-at-home orders, while they help reduce coronavirus spread, have other side effects, too. Domestic violence increases, children miss educational opportunities, people with other health conditions go untreated. These are real problems.

The question is how to reopen without making the situation worse. Kashkari had some advice on that, too: “To solve the economy, we must solve the virus.”

Unfortunately, it’s not happening. Which means we are making a massive bet against the odds.

Let’s start by correcting some misinformation: COVID-19 is not “just the flu.”

Yes, most who get it seem to show only mild symptoms, or no symptoms at all. Similarly, most people who get in cars don’t have fatal accidents. But you probably don’t drive 100 mph down narrow streets without a seat belt. You modify your behavior to reduce the risk.

So, what’s the risk?

Here’s a Bloomberg analysis comparing risk of death by age group of the 2018 flu season vs. three possible COVID-19 scenarios. 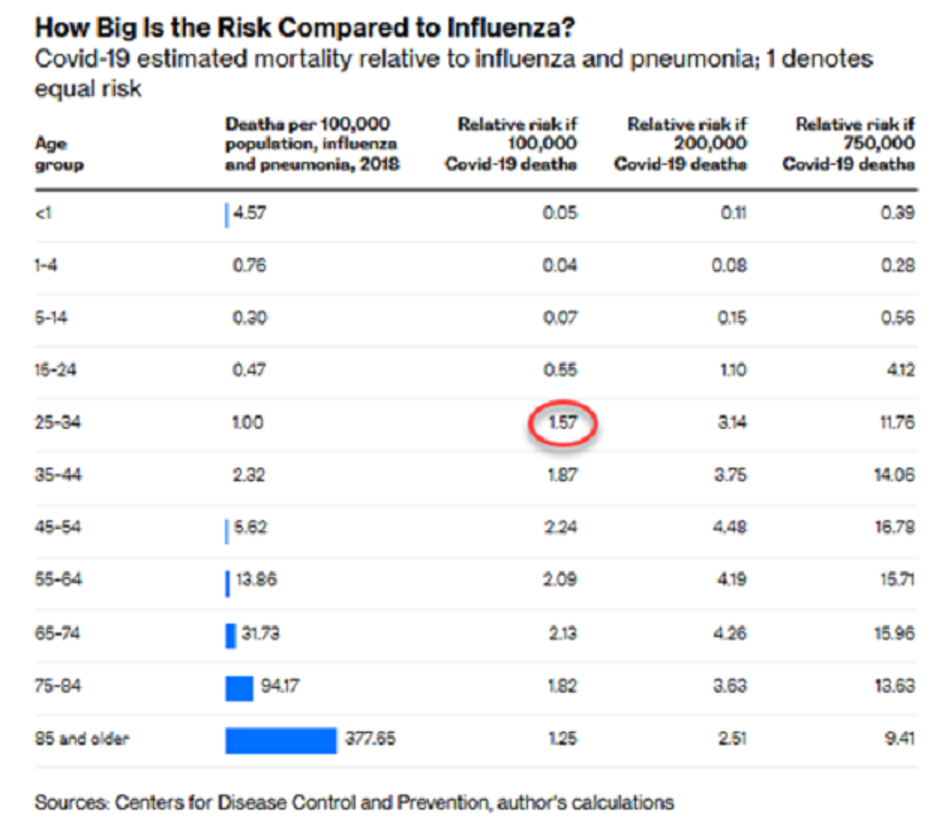 Bloomberg made similar calculations for auto accidents, drowning, etc. The results are consistent. If you are over age 40 or so, COVID-19 is significantly deadlier than anything else you will likely encounter this year. The odds are getting worse, not better.

The economy can’t recover if that is the case, and it will be the case if the virus is actively spreading. We need a plan to fix this.

Turns out, we have a plan… or at least, we did.

Let’s review some ancient history—as in “four weeks ago.”

On April 16, the White House released a set of guidelines called Opening Up America Again. It advised governors how to gradually reopen their states while fighting the coronavirus.

The plan begins with a set of “gating criteria.” The key one: a “downward trajectory” of documented COVID-19 cases within a 14-day period. The plan recommends relaxing restrictions in phases with each such period of improvement. 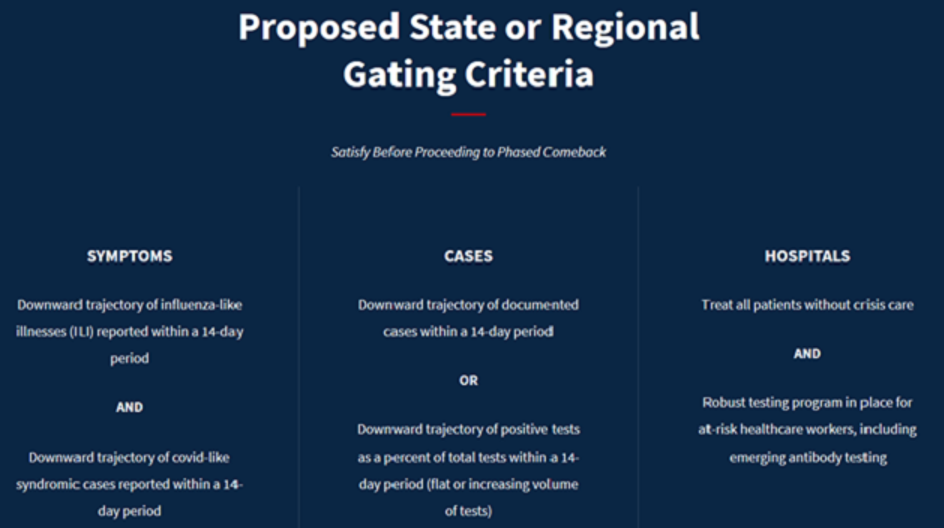 Those who follow me on Twitter know I’ve been very critical of the Trump administration’s handling of this crisis. But I thought this plan was sensible. Similar methods seemed to be working elsewhere, so it gave me some much-needed hope.

My hope didn’t last because, within days, governors whose states were nowhere near meeting the criteria announced plans to start reopening anyway.

Note, the White House hasn’t withdrawn its recommendations. It’s still the official advice, even though many governors are doing things differently.

Stranger still, the president has been inviting those governors to the White House to congratulate them. It’s like he is saying, “Here are my recommendations and I’m glad you are ignoring them.”

Why publish a plan and then act like it never existed? The only way this makes sense is if Trump and these governors have decided reopening businesses is more important than reducing virus deaths, but they don’t want to say so publicly.

That’s a big gamble. They could lose both ways.

Gamblers need to know all the possible outcomes. In this case, we can simplify the next few months to two variables.

That means we have four paths, as shown in this matrix. 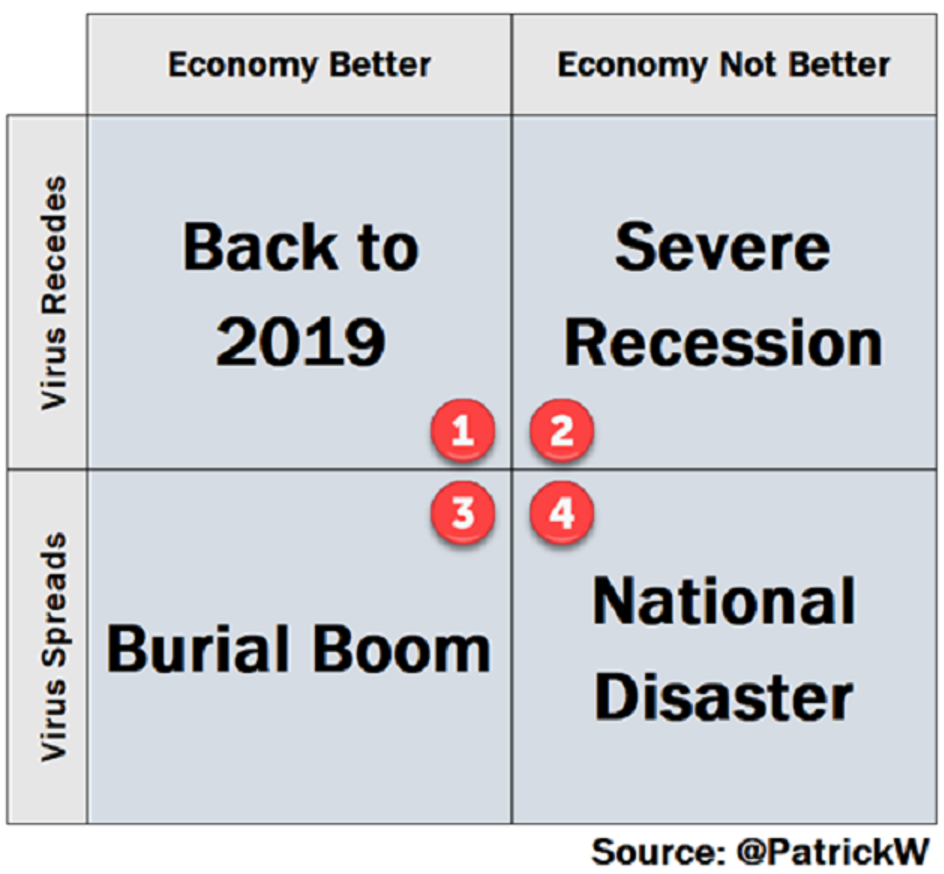 Let’s look at each:

You can debate what the odds are for each scenario. None lead anywhere good. One is unbelievably bad. So, it makes sense to do all we can to avoid that one.

Are we? We’ll know in a few weeks.