Impact of Recession on Advisor Relationships

A recession is typically determined as the economy having two consecutive down quarters. However, it isn’t as cut and dried as that because everything regarding economic information is looked at in arrears. This makes it so often a recession is not declared until months after the recession has occurred. This declaration comes from the National Bureau of Economic Research, and they look at many different data points, not just stock market movements. Many investors feel we are in a recession, or at least a significant stock market downturn. How are investors responding to this market decline with regard to their relationship with their financial advisor? 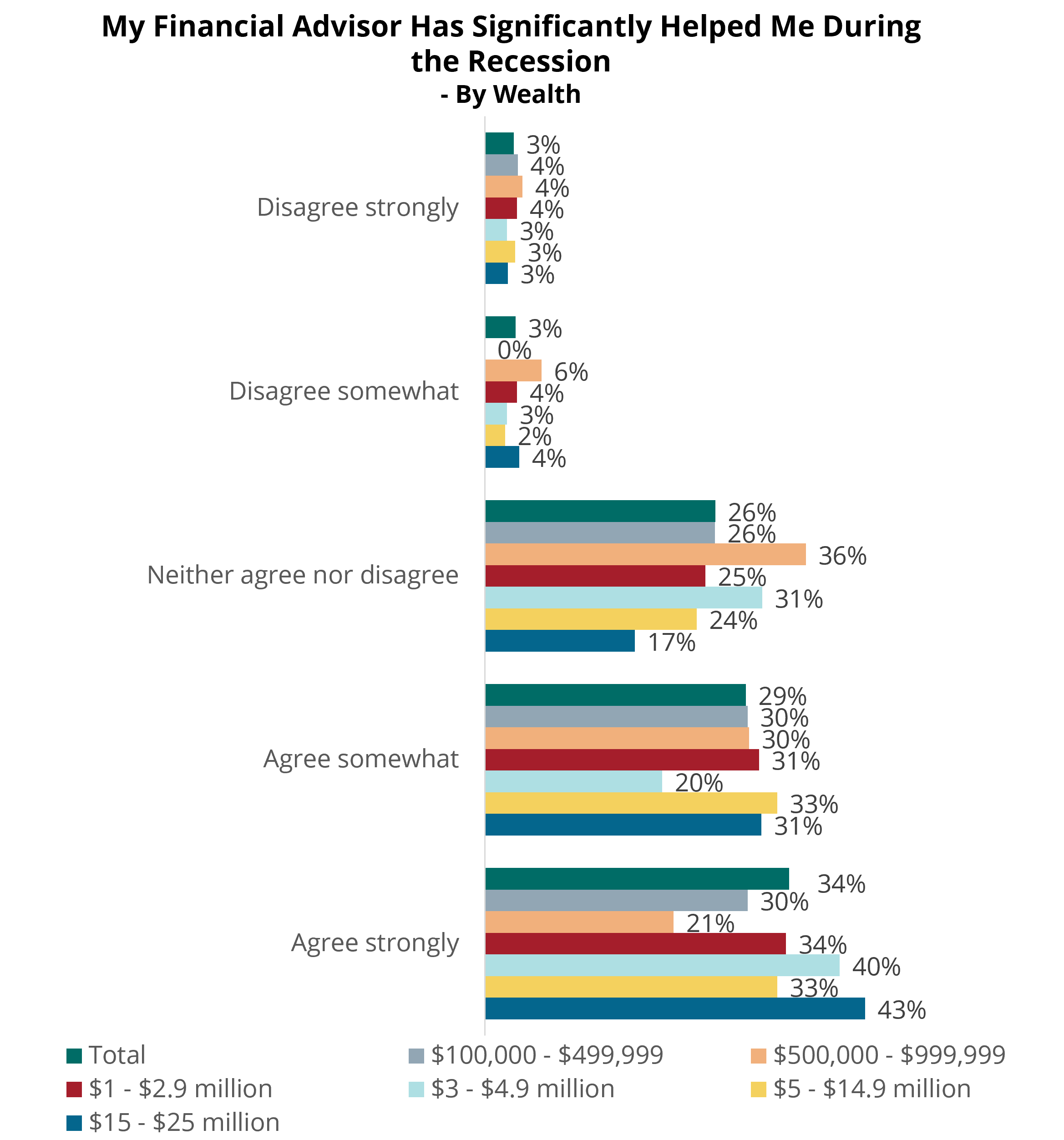 That significant amount of help has translated to an increase of trust for many investors. Forty-four percent of investors feel that their trust for their advisor has increased since the start of the recession. Eleven percent do not feel their trust levels with their advisor have increased since the recession. Advisors who have provided guidance and support that helps their clients during turbulent times are likely to have increased loyalty and trust.

Providing significant help for clients is often accomplished through exceptional service, yet only a quarter of investors would consider the service they have received from their financial advisor during the recession to be excellent. Forty-three percent of investors would consider their advisor’s service to be good. It is important for investors to not settle for fair or poor service levels and communicate to their advisor what they need to have exceptional service. 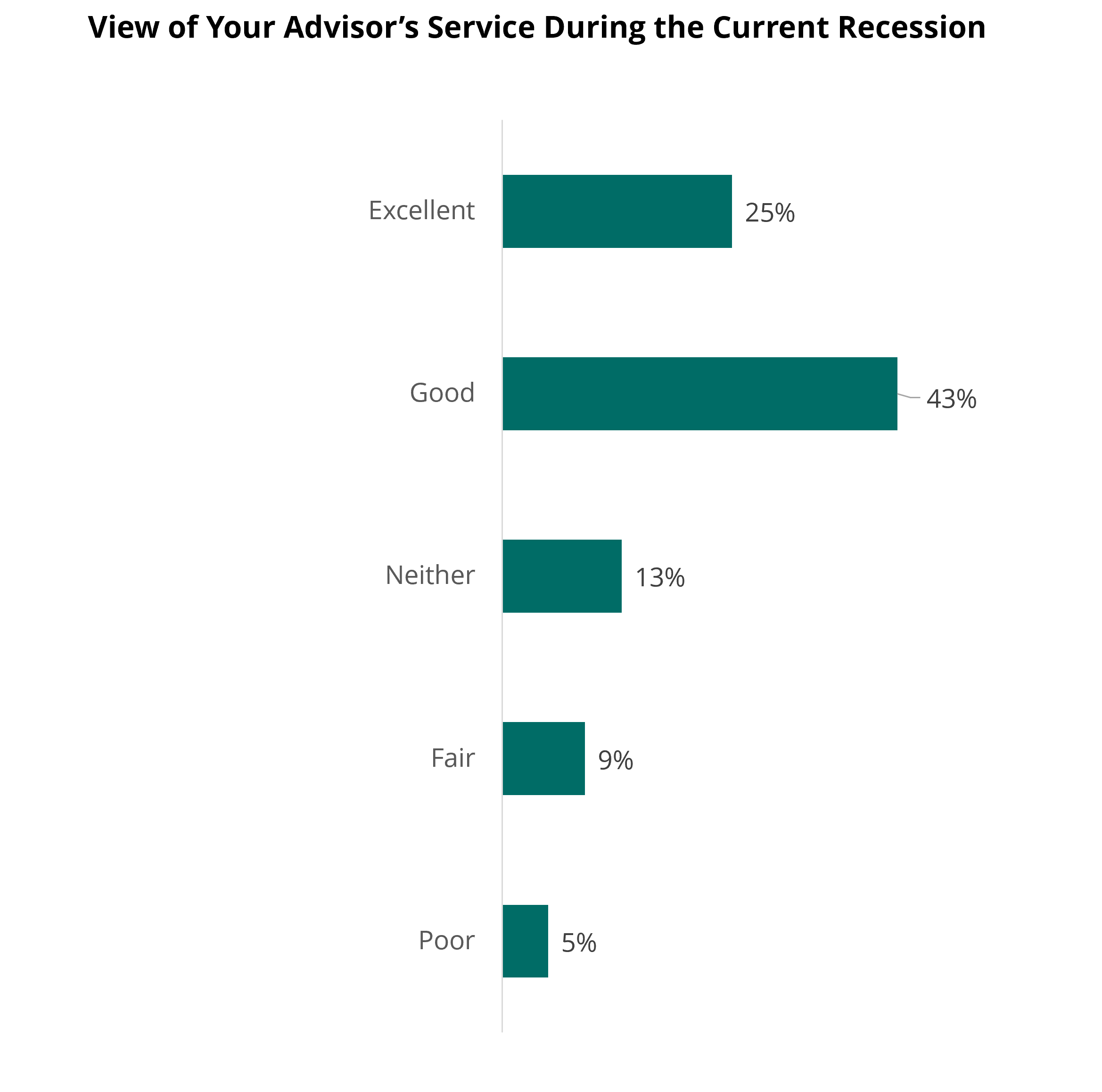 The recession is creating a sense of uncertainty among many investors and is causing some individuals to reassess their financial goals or financial plans. Working with an advisor that provides value while also delivering excellent service is the best method of mitigating that uncertainty during this time. Investors who do not currently use an advisor may consider using an advisor to support them during down markets.