The Generational Transfer of Assets is Now

For years the financial services industry has predicted and anticipated the transfer of assets from Baby Boomers to their children.  It has been forecast as the greatest transfer of wealth in history.  And for the past two decades, Spectrem has been awaiting the occurrence of this great generational transfer but hasn’t been able to validate its occurrence within its research.  Finally, Spectrem’s research is beginning to validate a transfer of wealth from one generation to the next.  The great wealth transfer, however, isn’t as simple as forecast.  This wealth transfer will change the role of investment advisors and advice as well as the manner of how wealth is created within the U.S. Will it change our values? 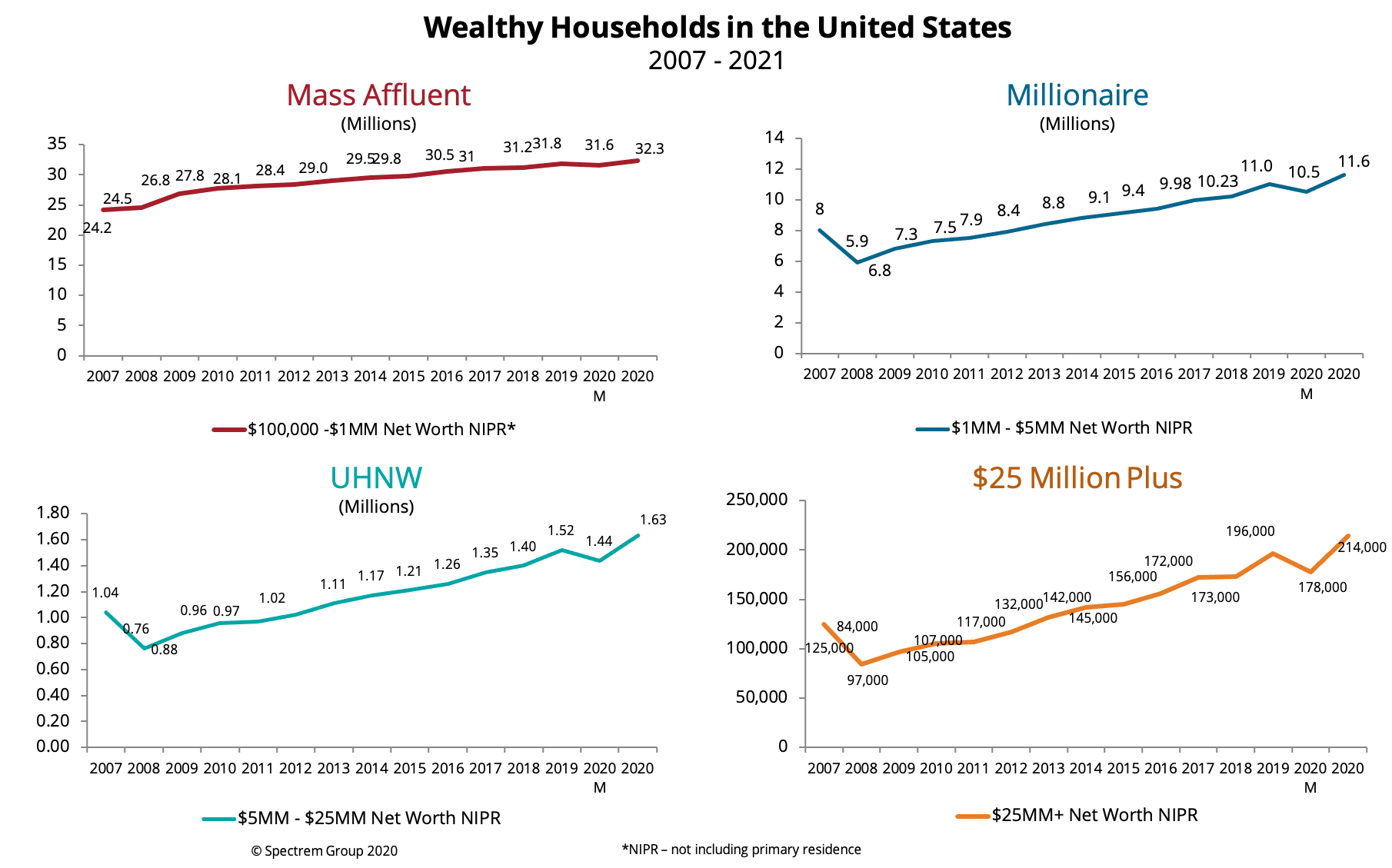 How did these households create this wealth?  How much of this wealth is inherited? 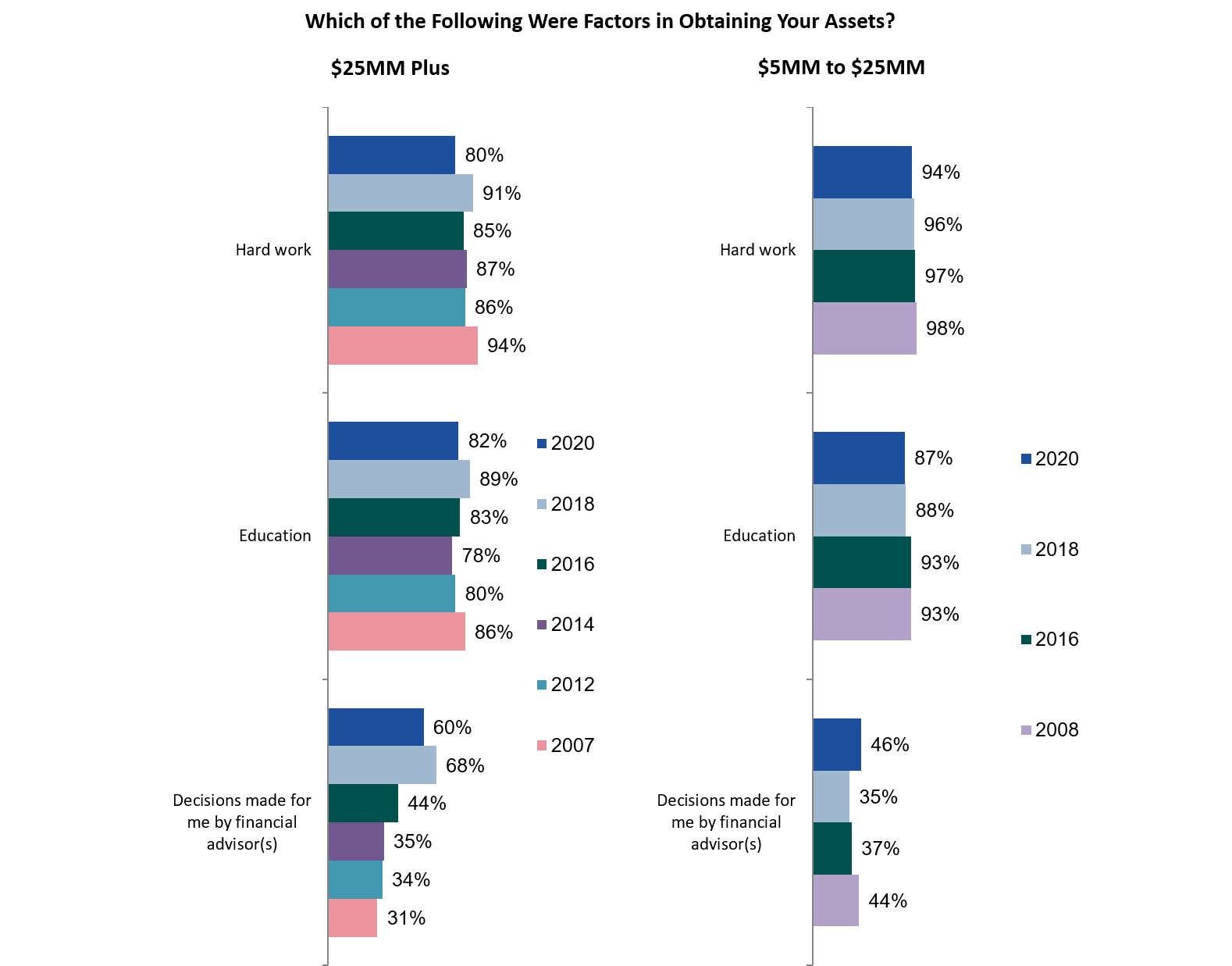 Note that for the $25 Plus group, the number attributing their wealth to Hard Work diminished somewhat in 2020 compared to those in the $5-25 Million demographic where the Hard Work factor still remains very high.  It’s important to note, however, that for all of these wealthy households “Hard Work” remains the most important factor for wealth creation.

What are the implications for financial advisors?  The service level expectations for those who inherited wealth, regardless of the amount, are different than for those who are first generation wealth.  Those who inherited wealth are generally more informed regarding the role of a financial advisor while those who were first generation wealth are more uncertain about what an advisor should and should not do.

Secondly, it goes without saying, that if an investor is inheriting wealth, it is important that an advisor establishes a relationship with that individual early.  In Spectrem’s research with investors who have inherited wealth, only a small percentage leave that wealth with the advisor of the grantor – primarily because they have already established a relationship with their own financial advisor.  It’s important for advisors to develop relationships with the children of wealthy households early.  In fact, 20% of those with $25 Million plus want their advisor to establish relationships with their children when they are as young as 18.

Finally, the wealthiest investors appear more satisfied with their advisors, however, this group has high expectations regarding returns.  Recent research indicates that 26% of the $25 Million Plus are expecting annual returns in excess of 14%.

As the values and habits of the wealthiest Americans begin to change, financial advisors need to be ready to meet the demands of a new and different generation.