The Guy Who Turned an Anomaly into $48 Million

In the summer of 2019, a 33-year-old financial analyst from Massachusetts made the speculation of a lifetime.

It started when he noticed an anomaly in the stock market…

Which means there were more shares shorted than shares in existence!

While this is technically possible, it is practically unheard of.

As regular readers know, shorting a stock is betting that it will decline in value. Generally, a short interest of 10% is considered high.

Most people wouldn’t even consider touching a stock like this…

After all, many heavily shorted stocks are poorly managed companies.

It was a bold move… and it made him rich.

I’m talking about Keith Gill, and his play in the most epic short squeeze of all time on GameStop (GME)…

GameStop operates stores where you can buy new and used video games.

Like many “in person” retailers, GameStop has been eaten alive by online shopping.

And yet, GME was the world’s hottest stock for a few months. It outperformed nearly everything.

This wasn’t because folks started shopping at GameStop like it was 2002 again.

They were trying to force a “short squeeze” by buying up a ton of shares.

Basically, they wanted to drive the share price of GameStop so high that short sellers would scramble to “cover,” or buy back, the shares they were shorting all at once.

And it worked! GameStop went parabolic. 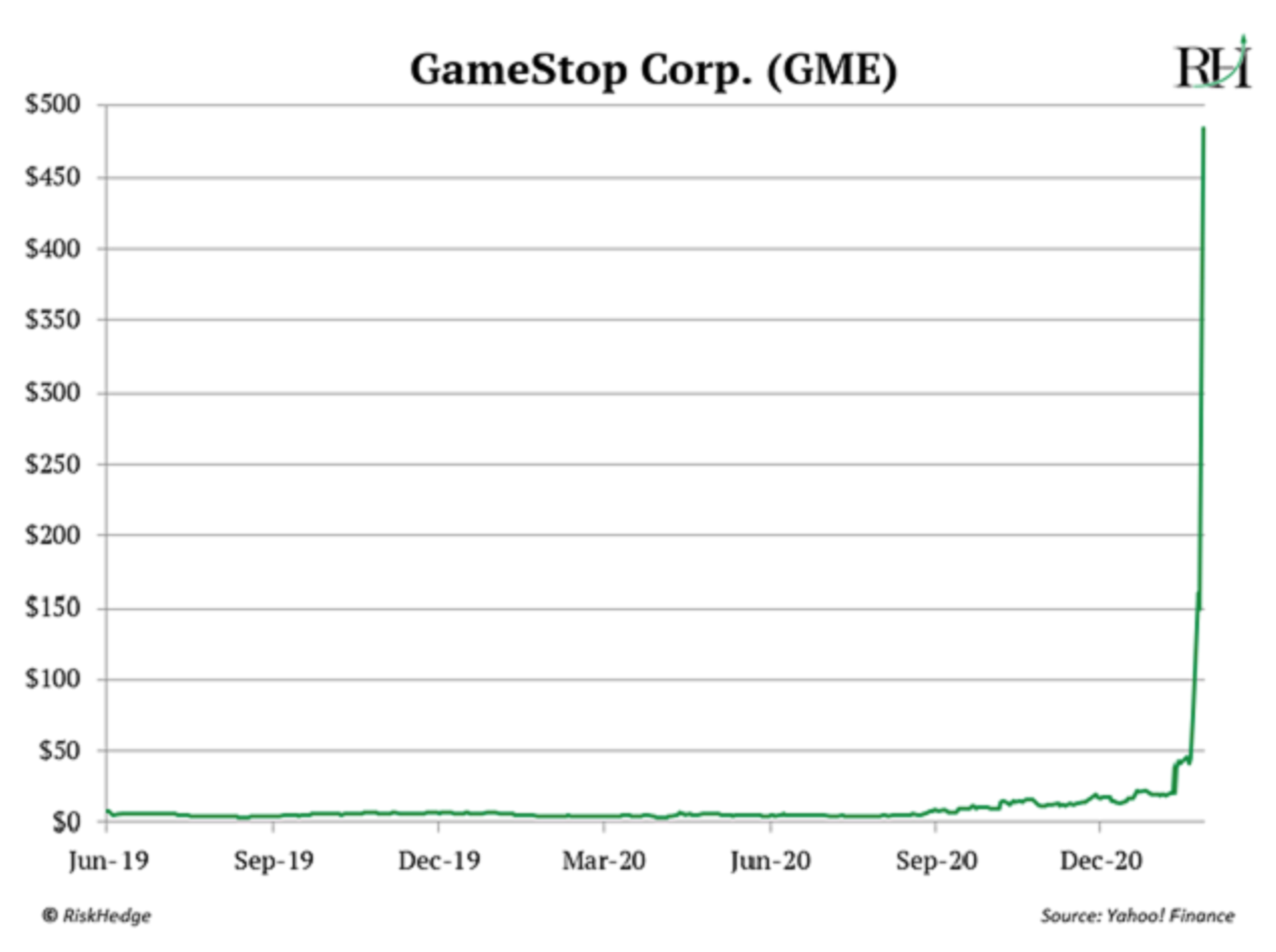 Of course, Gamestop wasn’t the only “meme stock,” that caught fire. The same thing happened with AMC Entertainment Holdings (AMC). It skyrocketed 2,816% over the course of 7 months.

It was a full-blown short squeeze mania…

But here’s something you may not know.

The short squeeze fever is still very much alive today.

More recently, we saw an epic short squeeze play out in Support.com (SPRT). 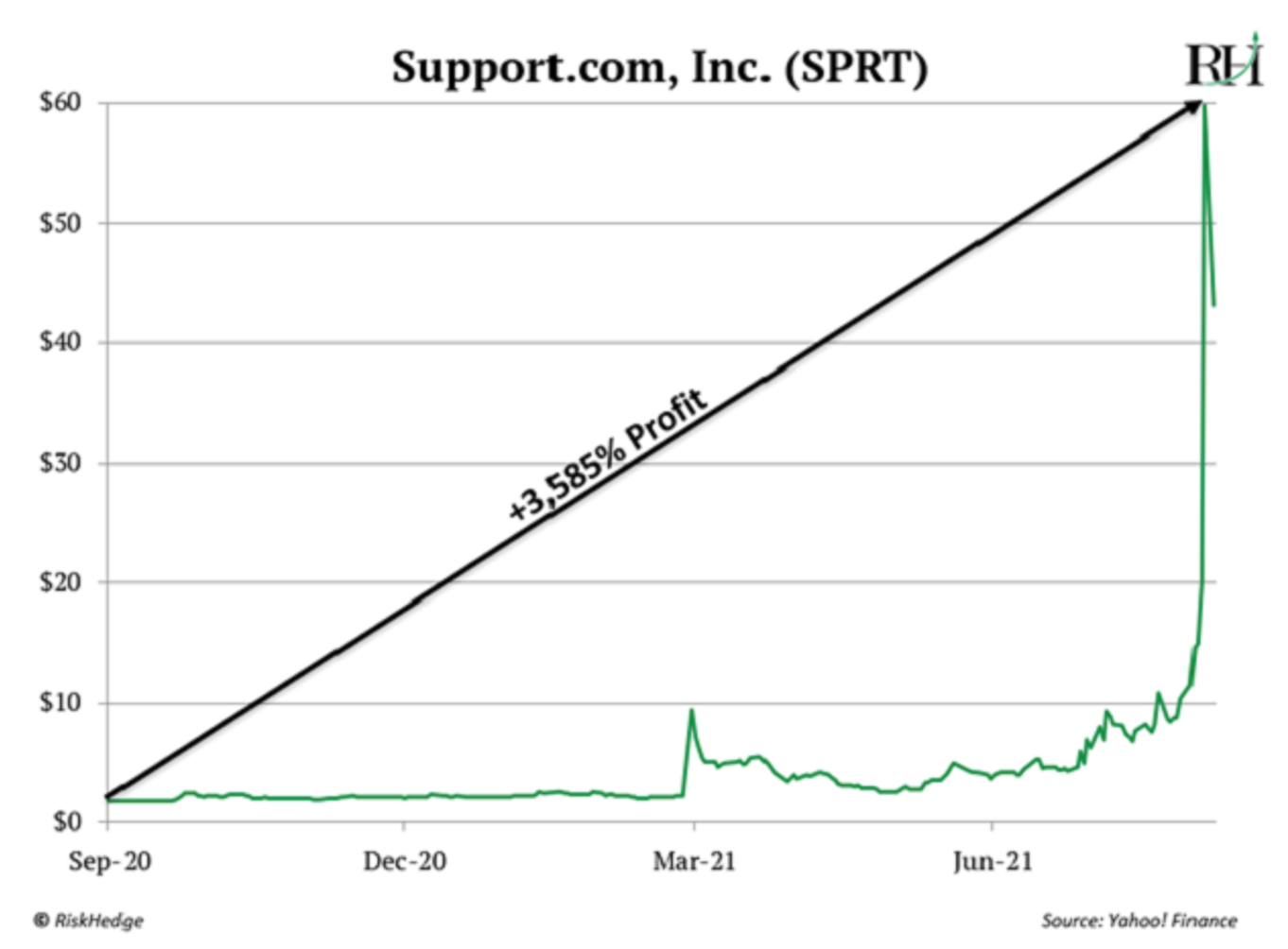 And much like AMC and GME, this move started after traders on Reddit started piling into the stock. SPRT had a short interest of nearly 50%.

The same thing happened with Smile Direct Club (SDC). Its share price jumped over the course of just 25 days after retail traders piled into the stock for its 33% short interest.

These are incredible moves. But they shouldn’t come as a surprise.

But here’s the thing.

I wouldn’t suggest anyone buy these meme stocks.

Remember, GameStop, AMC, and Bed Bath & Beyond aren’t disruptors. They’re getting “disrupted” by internet companies that can deliver the exact same services they do… but in a cheaper and easier way.

Of course, trading low-quality stocks like these is like playing hot potato. Eventually, someone is going to get burned...

Traders often jump ship with volatile stocks like these once they spike. If you’re late to the party by even a day, you can end up taking huge losses.

For instance, after GameStop shot up over 1,941% in January, it quickly fell by 80% in February. Many investors bought in at that peak and were gutted after the stock dropped so severely.

But that doesn’t mean you should avoid short squeezes entirely.

In fact, RiskHedge readers have also been making a killing off short squeezes lately…

But we aren’t gambling on meme stocks.

Consider Intellia (NTLA), a genomics pioneer that recently showed it can edit genes inside the human body. 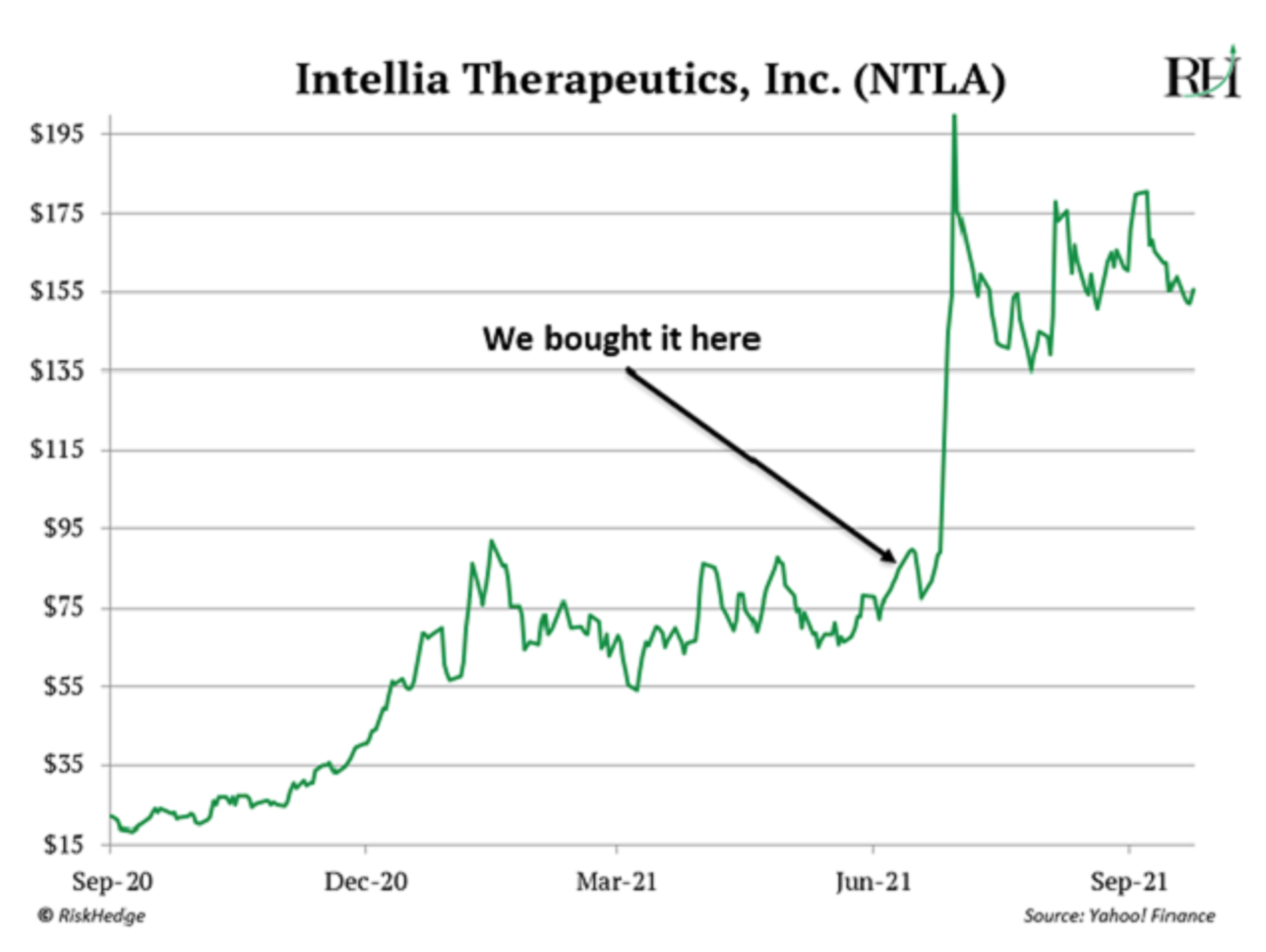 And that’s just one of our short squeeze winners.

More recently, we positioned ourselves in Affirm (AFRM) just days before its breakthrough partnership with Amazon (AMZN) ignited an epic short squeeze in AFRM shares. 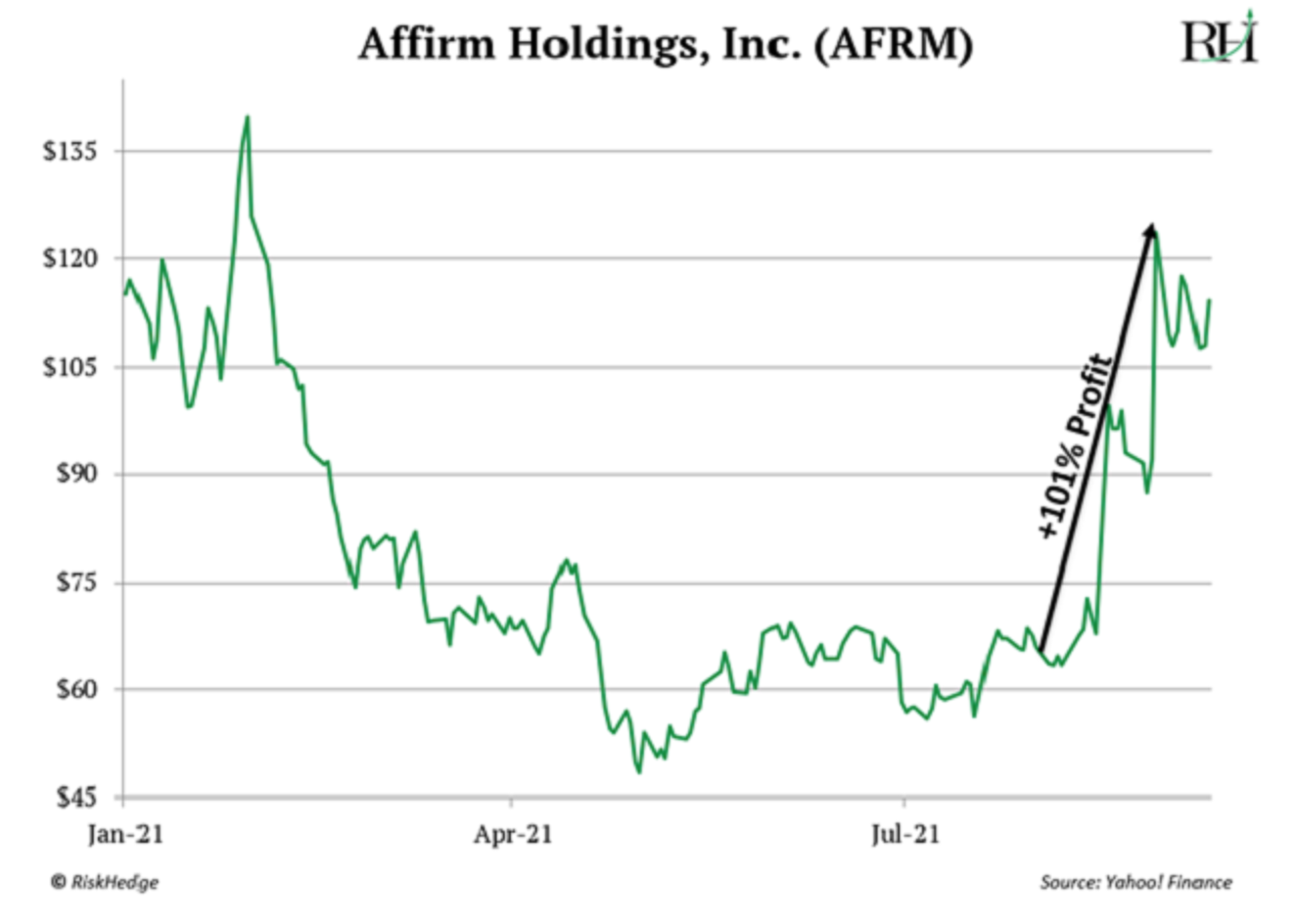 Most investors never enjoy these kinds of returns because they avoid short squeezes.

They think they need to be nimble traders to cash in on these opportunities.

Long-term investors can also use short squeezes to position themselves in stocks that they plan to hold for years.

So, my guidance is simple…

Why? Well, as you may know, many folks want nothing to do with IPOs. They view IPOs as high-risk gambles... as “unknown” companies to be avoided until they prove themselves.

There’s some logic to this. After all, IPOs are, by definition, new stocks. They have no track record on the public markets. This attracts many doubters... and short sellers.

Plus, unlike Starbucks (SBUX), Apple (AAPL), or Amazon (AMZN), most IPOs aren’t household names yet. Most investors simply prefer to buy into companies whose products they’ve used.

When you’re buying stock in a great business, a short squeeze isn’t just an opportunity to make a quick profit. It’s an opportunity to get in on the ground floor of a rally that could last months or even years.

This is why profiting off short squeezes has become one of my top money-making strategies.

We’re currently sitting on 58% and 45% on these positions—both in under a year.

Related: How to Profit off the Acquisition Spree in Fintech