The Game Stop (GME) shenanigans are another reminder of the systematic risks lurking in the financial markets. Equally important, the incident highlights how certain players prevent markets from running more efficiently. The inherent dangers and market inefficiencies are not only borne by market participants but by every citizen.

This article discusses a technological advancement, allowing financial markets to operate more efficiently. In particular, we discuss the tokenizing of assets and show how blockchain technology can make our markets and, therefore, the economy more efficient.

We thank Charlie McGarraugh and commend his ability to explain a complex topic in plain English. For more on tokenizing assets, we highly recommend listening to his recent appearance on Smarter Markets.

A Dirty Piston in Capitalism’s Engine

The United States went from a sleepy backwater colonial outpost to an economic superpower on the back of capitalism. America and western civilization show that capitalism raises living standards for all. Capitalism is not perfect, but the more a country adheres to its core tenets, rule of law, private property, competition, free markets, and freedom, the greater its benefits to all citizens.

When any of capitalism’s tenets are encumbered, it impairs the natural dynamism that fosters prosperity. Today’s brand of capitalism, dare we say corporatism, leaves much to be desired. Multi-decade trends of weakening economic growth, massive leverage, declining productivity growth, and widening financial inequality serve as evidence. 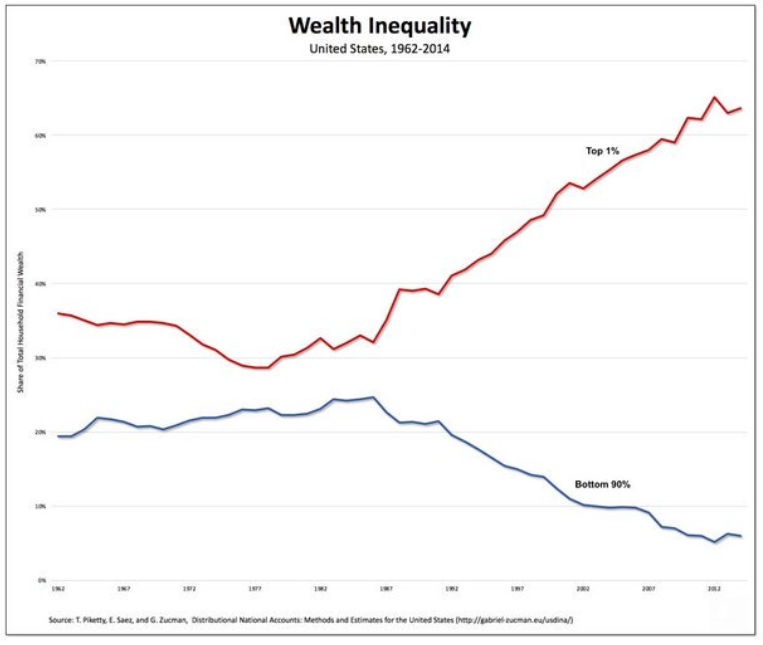 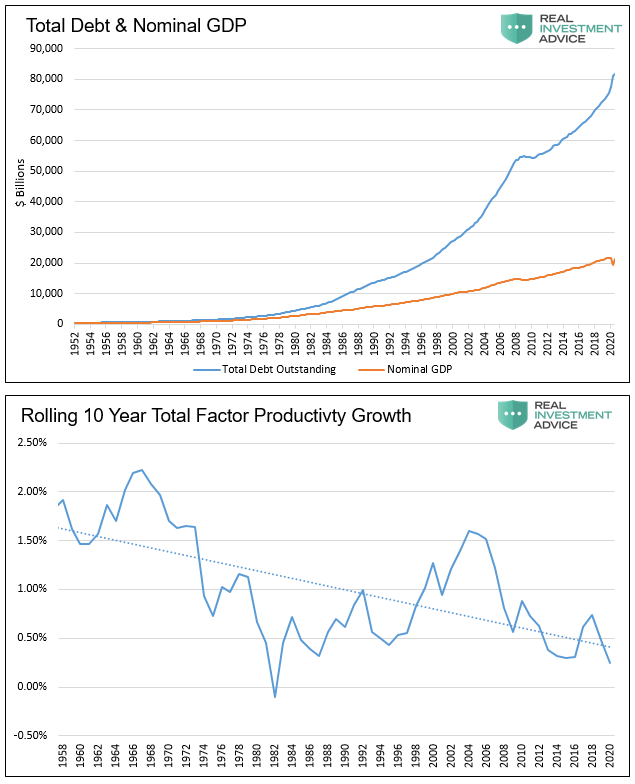 Financial markets are constrained, manipulated, and made more costly to transact in due to intermediaries. These players limit the benefits of capitalism to the detriment of a majority of citizens. Free markets are not as free as they can be.

The recession of 2007-2009 reminds us these problems do not just result in higher transaction costs and reduced capital flows. They also carry immense layered and hidden systematic risks that burden the entire population. Consider the fact that very few people knew what a sub-prime mortgage or CDO-squared was before the great financial crisis. Even the PhDs at the Fed underestimated those risks.

To tune up capitalism’s engine and provide more to the many, we must find a more efficient way to operate financial markets.

What if instead of routing trades through the choke point of a few banks and brokers, we could trade directly with any investor?

In the past, such an idea was not feasible. Banks and brokers historically provided valuable intermediary services. They not only found and matched buyers and sellers to make markets more liquid but they also became buyers and sellers in times of illiquidity. Equally important, they took on any risks associated with the settlement and custodian of assets.

Despite their fees, markups, risks, and other costs, markets ran more efficiently with intermediaries.

Blockchain technology, however, presents a better alternative for tomorrow.

Tokenizing assets is the act of digitally representing securities, commodities, collateral, future deliveries, and almost everything else on to the blockchain database. Transaction details on these assets reside in a public database for all to see.

Tokenized assets do not require intermediaries to trade or settle securities. Banks and brokers can still play a central role in introducing buyers and sellers and making markets when needed. But the system is not beholden to them.

For example, if I want to buy 100 shares of tokenized Ford stock, and you want to sell it, we agree on a price. We then use our unique electronic keys to instantaneously settle our security and cash exchange.

In the example, there is no bid/offer spread or broker fees although we might incur a small fee if an exchange introduced us.  The settlement does not take two days or carry the risk a broker fails. Bids and offers are shown worldwide without being limited to one broker, exchange, or time zone.

Tokenization is not just about better pricing, risk reduction, and trading efficiencies. When intermediaries playing less of a role, systematic risk lessens.

In a tokenized world, the Lehman default might have been avoided with real-time collateral management and pricing. Scams like Madoff are impossible to perpetrate as regulators can more easily see if there are actual “assets.”

As appealing as this technology is, one should consider its drawbacks. First, how would an investor access their portfolio and execute trading in the event of a power failure, or if they lost their key? Second, hacking is now ubiquitous in the on-line and electronic world. Despite safeguards, we cannot rule it out. Third, who provides regulatory oversight for such a system?

The expansion of the electronic payments infrastructure build-out over the past 20 years addresses some of these issues. We believe the market and technological innovation will overcome the risks in time.

However, there is another impediment to tokenization.

Standing in the way of progress are the well-connected banks and brokers with a lot to lose.

Note the highlighted words from Charlie’s quote below.

“It’s different because we can build a system based on assets rather than a system built on institutions.” – Charlie McGarraugh

The current trading environment is entirely dependent on institutions such as JP Morgan, Goldman Sachs, Citadel, and others. These institutions take on risk, provide liquidity, and profit handsomely as intermediaries.

They have enormous corporate profits and generous wages to protect. There is no doubt these firms will use their strong lobbies and overwhelming support from the Fed and U.S. Treasury to slow down efforts to tokenize assets.

To help you appreciate why intermediaries will try to block the economic benefits of tokenization, consider Ken Griffin. His equity trading firm, Citadel, handled about a quarter of all trading volume in U.S. equity markets last year.

Per Bloomberg: “The trading operation, which is separate from Griffin’s hedge fund business, generated $3.84 billion of revenue in just six months, more than the $3.26 billion for all of 2019, according to a presentation to investors. Net income was $2.36 billion in the first six months of 2020, compared with $982 million for the same period a year earlier.”

Forbes estimates Mr. Griffin’s net worth to be around $15 billion. What do you think the odds are that Ken Griffin and his competitors walk away from such easy money?

During the GME fiasco, Robin Hood (RH) reportedly required emergency funding to cover collateral requirements. Without funding, RH may have failed at costs to its clients. Additionally, RH and other large brokerages restricted trading, causing angst and losses for many retail GME investors.

RH’s largest source of revenue comes from Citadel. Citadel pays RH to execute its client’s trades. While Citadel was “acting on behalf of RH’s clients”, they also had exposure to GME through Melvin Capital, a hedge fund in which they hold a principal interest. In fact, they provided $2 billion in funding to Melvin to keep it afloat.

Citadel is conflicted. Based on public evidence, they favored their bottom line over RH clients.

With the GME/RH situation in mind, let’s consider the GME episode in a tokenized realm. Short interest in GME exceeded 100%, meaning more shares were held by investors than existed. Under the current system, a broker can lend its clients’ shares without the client knowing. When such occurs, two investors own the shares, and one investor is short the shares. The transactions net out but they introduce risk if the broker fails.

With tokenized shares, the risks and rewards of lending securities are only taken by those willing and wanting to accept the risk. They are also paid for taking the risk. Further, trade settlements happen immediately, eliminating counterparty risk.  Lastly, retail investors do not have to depend on a conflicted intermediary or insolvent broker.

Had the problem escalated, there is little doubt the Federal Reserve would have bailed out Citadel and RH, at the public’s expense.

Monetary incentives explain why capitalism is effective. It certainly has flaws, but history attests that no other system has improved the standard of living for the masses to the extent capitalism has.

The more freely and uninhibited money can flow throughout an economic system, the more the economy benefits all of its people. Intermediaries, by definition, present an impediment to the flow of money.  The purposes they serve comes at a cost to society. Before blockchain, one could argue the benefits outweighed the costs. Today that is not true.

As market participants and citizens, we can only hope the self-interests of a few do not impede on the benefits to all of us.