We’re Going to Need More Than a Vaccine

“Houston, we have a problem,” said the Apollo 13 crew.

Half a century later, Houston is a problem as some of its largest hospitals reach 100% ICU occupancy. Ditto for many other cities around the US.

This is a problem and it’s getting worse.

Meanwhile, the same pandemic that is filling hospitals is also killing jobs. The latest employment report showed the US lost 140,000 jobs in December. We are still down almost 10 million jobs since last winter.

The economy won’t improve until we get the virus under control, which depends heavily on how fast we vaccinate people. The pace is picking up but it’s still not enough—especially as scientists find the “B.1.1.7” variant is significantly more contagious and is spreading rapidly.

If we want to emerge from recession this year, speeding up vaccinations is necessary but probably not sufficient.

The Apollo 13 astronauts made it home because people saw the problem and found creative solutions. We need to do it again. 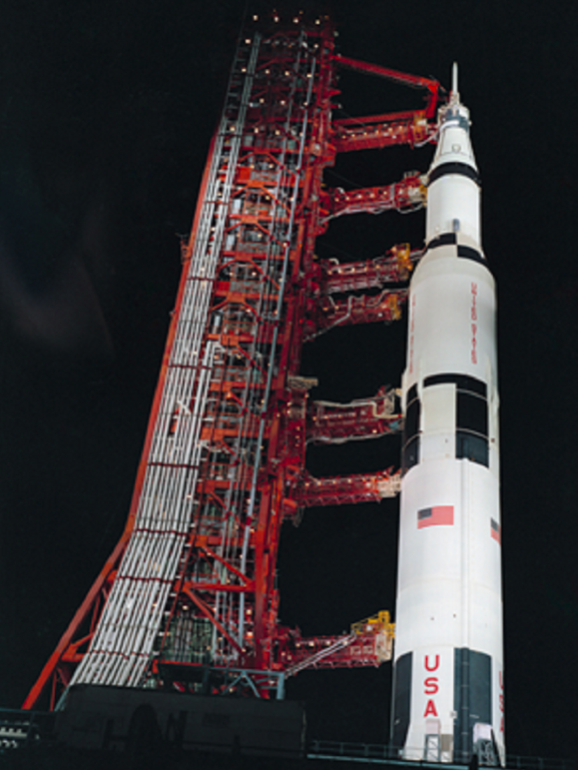 On March 23, 2020, President Trump said this at a coronavirus task force briefing:

The “cure” to which the president referred was the business and school closures he had asked states to implement a few days earlier. At that point, the US had a total of 43,850 confirmed cases and 762 deaths. Now we mark similar numbers every few hours.

Nonetheless, with Trump’s encouragement, governors began lifting their orders in April. And the economy did improve in the next few months. But the health problem intensified, too, and now the economy is stalling again.

Of course, these are tough decisions for all national leaders. They had varying success, as you can see in this graph. It plots per capita COVID-19 deaths vs. 2020 GDP growth.

Ideally, you want to be in the top left, meaning relatively fewer deaths and relatively better economic growth. 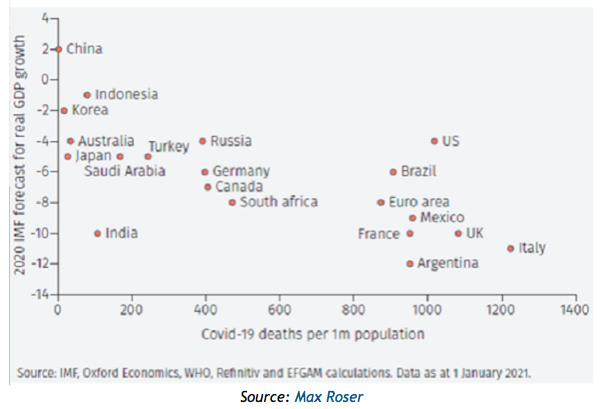 I don’t necessarily trust the data from some countries, like China, that appear to have done well. But South Korea and Australia also found the right balance, so it’s not impossible.

The US, meanwhile, is over in the top right, with more deaths and better growth than others. That combination is consistent with the “Burial Boom” I’ve described. Not pleasant, but it is the path we’ve chosen.

Now the problem is getting worse. What next?

Dr. Gavin Yamey is a physician and professor of Global Health and Public Policy at Duke University. Writing on Twitter last week, he disputed the notion that all we can do is wait for the vaccines. 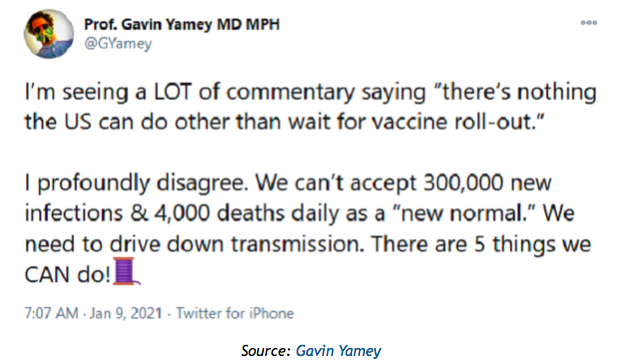 Not coincidentally, the countries that minimized the economic damage while keeping fatalities low all did at least some of those things. They aren’t hard. We just haven’t done them, at least not very well.

But clearly we need to do more. Last week I showed the CDC’s vaccination progress map. It has improved since then. Some states, like South Dakota and West Virginia, are making good progress, but the national picture is still terrible.

As of January 11, only 9 million Americans had received their first dose (of two needed). The herd-immunity threshold is thought to be around 230 million. So we need to give a total of 460 million doses—and in the first month achieved about 2% of the goal.

That pace will speed up as states refine the process. But it’s not going to reach warp speed, apparently… which means we aren’t going to control the pandemic enough to bring back the economy this year, unless we take additional steps.

It also means those forecasts saying the economy will bounce back in the second half of 2021 are, while not impossible, probably too optimistic.

There are reasonable debates on what to do now. For instance, I think any business closures should be more carefully targeted than they were last year.

But this idea we can return to normal life because vaccines are coming soon isn’t working. We have to do more.

My partner John Mauldin predicts an unprecedented crisis that will lead to the biggest wipeout of wealth in history. Most investors are unaware of the pressure building right now. Learn more here.

Related: This Will Be 2021’s Most Important Economic Indicator