Is Housing a Giant Bubble Again?

My colleague nearly spat coffee on his laptop when I showed him the house my mom just sold.

It’s the white door on the right: 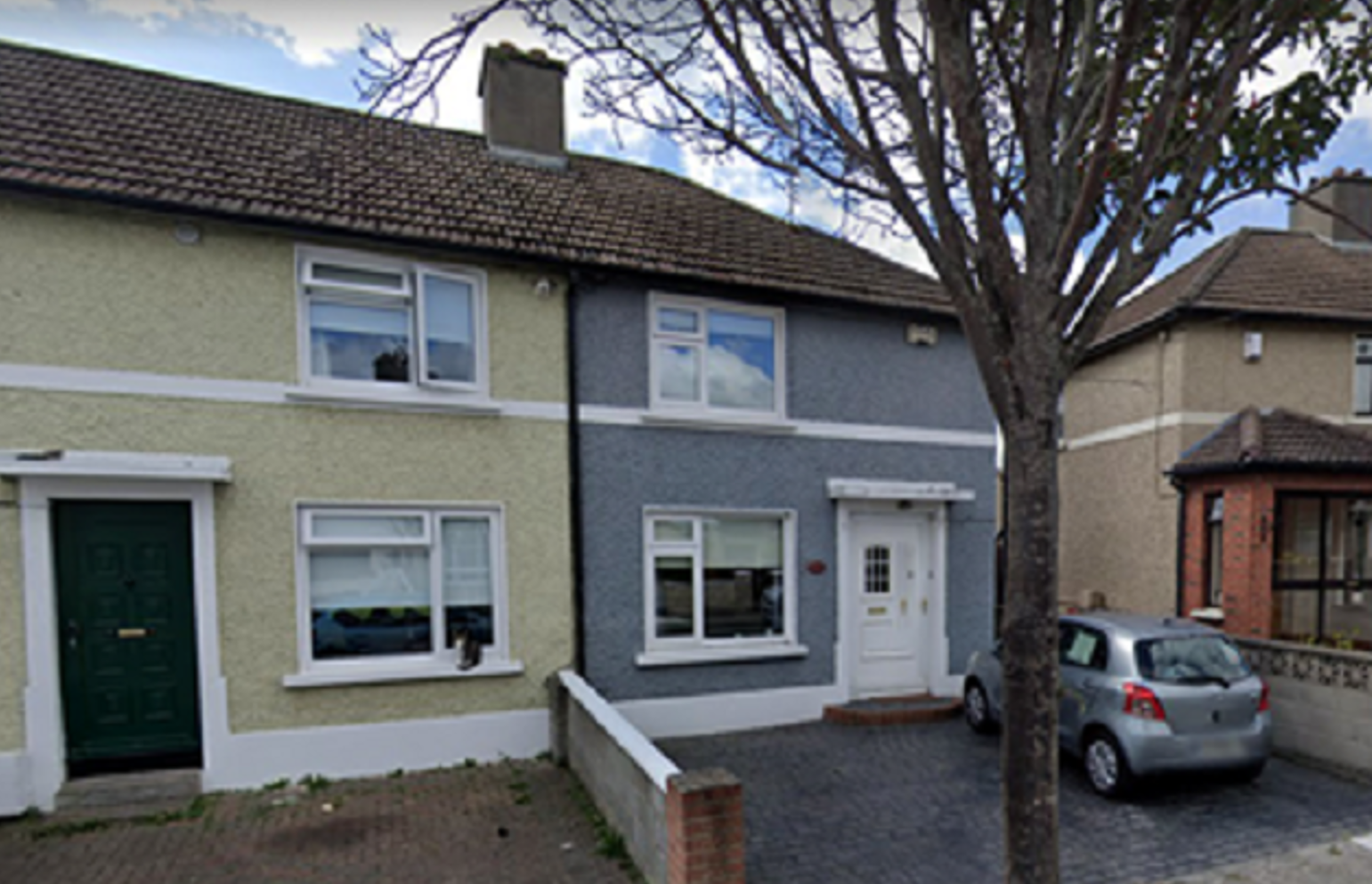 This was the house I grew up in. It gets damp and moldy in the winter. The walls have water damage. The paint is peeling.

It’s not in some swanky Beverly Hills-style neighborhood, either. A few murders take place on the surrounding blocks every year. It’s the type of place where “the Pitbulls go around in pairs,” as my grandad would say.

Yet… it sold for close to half a million bucks!

Is housing a giant bubble again?

Housing isn’t only booming in Ireland. US housing is on fire too.

In June, US home prices rose at their fastest rate in 34 years, according to S&P Global. The average home for sale was snapped up in just 17 days, a record low.

This boom won’t come as a surprise to longtime RiskHedge readers. We started talking about it and investing in it back in early 2019.

But now, Americans are getting nervous that home prices are rising even faster than before the 2008 crash.

The ‘08 bust was one of the most financially disruptive events of the century. Housing is what I call a “hot stove” investment. It burned a whole generation of Americans, and they’ll be damned if they ever touch that stove again.

Banks handed out roughly $3 trillion to folks with no income, no job, and no assets leading up to 2008.

You don’t see any of this silliness today.

This year, three in every four mortgage borrowers have super-prime credit scores. In other words, FICO scores above 760.

Unlike last time, this boom isn’t built on sand. It’s built on granite. And it’s being driven by a historic housing shortage that won’t be resolved for years...

In fact, NAR data shows there are just 1.25 million homes for sale across the US. That’s one of the lowest readings since it started tracking data 40 years ago. It would take just two and a half months to sell every home on the market.

The CEO of Tricon Residential, who runs one of the largest pools of US rental homes, recently told the Wall Street Journal: “We get 6,000 calls a week for a home and we’ve only got 200 available.”

Now a record number of house hunters are rushing into the market.

Today’s young adults, as you probably know, are called Millennials. They’re the largest generation in US history, bigger even than Baby Boomers.

Take a look at what I call “the most important chart in housing.” It breaks down homeownership in America by age: 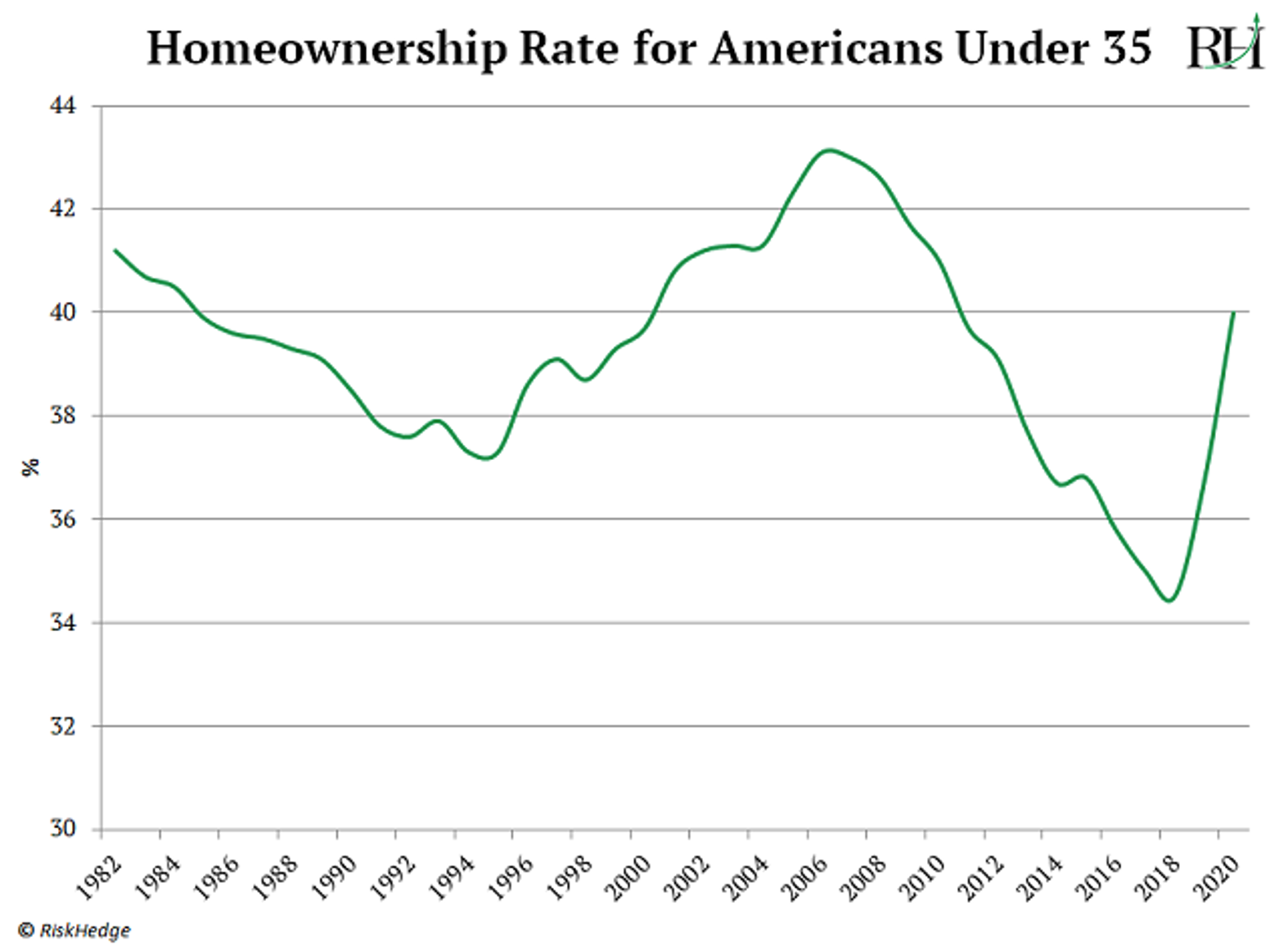 The percentage of “kids” who owned a home collapsed to record lows last decade. But now, that percentage is recovering as a tidal wave of young folks are buying their first homes.

Millennials now make up the largest share of homebuyers for the first time ever, according to NAR.

In other words, the largest generation in history is piling into the housing market... at a time when there’s a record shortage of homes to buy.

This is why US housing is smashing every record in the books.

Millennials alone could snap up at least 15 million homes in the next decade, according to mortgage specialist First American Financial.

Let me be clear: this is the healthiest housing boom ever.

It’s nerve-wracking to watch home prices rise at their fastest pace in decades.

After living through ‘08, we’re all waiting for it to crash again.

But this isn’t another debt-fueled binge. As housing expert Barry Habib told me last year, ”The most important driver of home prices is supply and demand.”

Today, supply is tighter than it’s ever been. And with record numbers of house hunters entering the market, it all but guarantees the housing boom has years left to run.

My research suggests you can at least double your money in builder stocks in the coming years.

Many homebuilders went bust when the market turned in ‘08. Many more had near-death experiences. This seared one thing into their minds: Don’t overbuild EVER again.

The number of new home starts recently jumped to their highest level since 2006. But builders are still being super cautious. They’re putting up just enough homes to meet demand rather than risk flooding the market.

Builders are in control of the most sought-after good in America today: homes.

This is frustrating buyers, but it’s great for homebuilders. A record shortage of homes at a time when millions of first-time buyers are rushing to buy… all but guarantees housing will boom for the next decade.

The Homebuilders ETF (XHB) has doubled since I first wrote about this opportunity in early 2019. 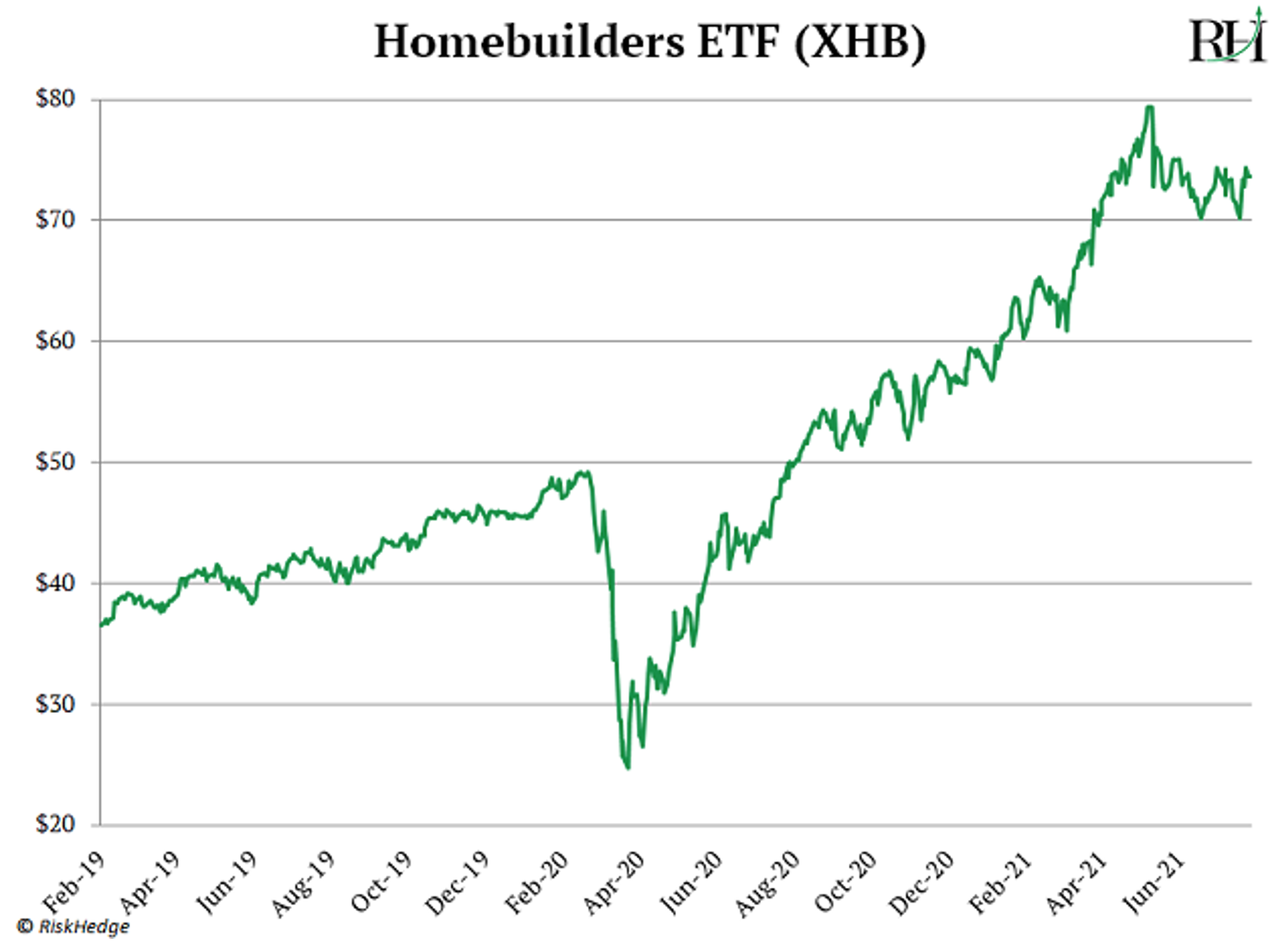 But the best is yet to come for this group. Now is a great time to buy XHB if you don’t already own it.

Related: Tesla and Amazon Are All in on This Emerging Tech