Why Investors Need to Breathe Through the Financial Market Pain

Hang in there! I hope to only have to open the commentary with those three words for a few more weeks. From last week’s blog we offered the following thoughts:

“More evidence of the economic fallout will combine with a continued ramp up in global coronavirus cases to result in a 24/7 stream of disturbing headlines. Hopefully the number of new cases and deaths in Italy will begin to decline, as their outbreak started about 10 days earlier than in the U.S. A rebound in oil prices and a decrease in the VIX (CBOE Volatility Index) would be very helpful for stock prices.”

Needless to say the first part came true, as 6.6 million US workers filed for their first week of unemployment benefits in the week ending March 28, according to the Department of Labor — a new historic high, and the global number of coronavirus cases continued to surge. On the other hand, our three “hopes” also materialized. In Italy the number of new COVID-19 related deaths has been trending down since March 31 and the number of patients hospitalized in intensive care has declined for the first time since the beginning of the epidemic. Oil prices rebounded over 30% as talks for production cuts from OPEC + were scheduled for the upcoming week. The VIX, which peaked on March 16, declined 28% during the week. Here’s the graph over the last month: 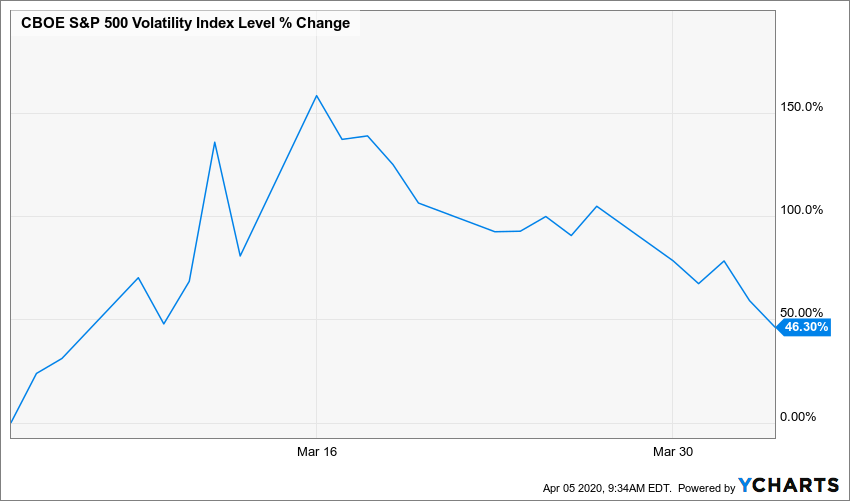 In addition, on Sunday April 5, the somewhat de facto spokesperson for the severity of the pandemic in the U.S.A., Governor Andrew Cuomo in New York, presented his least dire thoughts on the state of things in New York. According to Marketwatch.com, he highlighted that “New York had fewer Covid-19 deaths yesterday compared with the day before for the first time since the coronavirus outbreak began with 594 deaths on April 4, compared with 630 on April 3.” ‘The apex could be very, very soon or we’re at a plateau,’ Gov. Cuomo said at his daily press conference”; without suggesting that New York was on a steady path to sustained declines in cases, Governor Cuomo went so far as to highlight that New York will be enthusiastic to shift ventilators and other resources to other in-need parts of the country as soon as the data supports doing so. In fact, with regard to the resources that Oregon has shared with New York recently, Marketwatch reported that Governor Cuomo “thanked the governor of Oregon, Kate Brown, for sending New York 140 ventilators. Oregon’s apex is forecast to come in May, and Cuomo has pledged New York would help other states with equipment and personnel later in return for help now.” Perhaps the Governor was just in a glass-is-half-full mood, but his Sunday April 5 press briefing was certainly more upbeat than has been the norm.

To quote Bon Jovi, “Woah we’re half way there, Woah, living on a prayer, Take my hand, we’ll make it I swear”

OK. Don’t take my hand, but I do believe we’re making it, so hang in there!

The S&P 500 declined 2.08% during the week, but it was much worse for small cap stocks as the “risk-off” tone remained in place and the Russell 2000 shed 7.06%. We think that the high-quality small cap stocks in our Funds represent great long-term value for patient investors at these depressed prices. The Oil & Gas, Health Care, and Consumer Goods sectors all posted gains. Gold inched up fractionally, and still seems like a good asset to protect against the debasing of the currency that is a likely outcome of the mounting deficits. The yield on the Ten-Year Treasury dropped to 0.58% from 0.75%. In December of 2018, that rate reached 3.23% and those rising rates were “blamed” for the nearly 20% swoon in the market (it took the market about four months to recover and make new highs in 2019).

Just repeating last week’s thoughts, there will be more evidence of the economic fallout that will combine with a continued ramp up in global coronavirus cases to result in a 24/7 stream of disturbing headlines. The data forecasts that the news in the U.S. will be probably be particularly grim this week. That doesn’t necessarily have any predictive value for how the market will react.

Vanguard put on a nice piece discussing the disconnect between the headlines and the stock market. 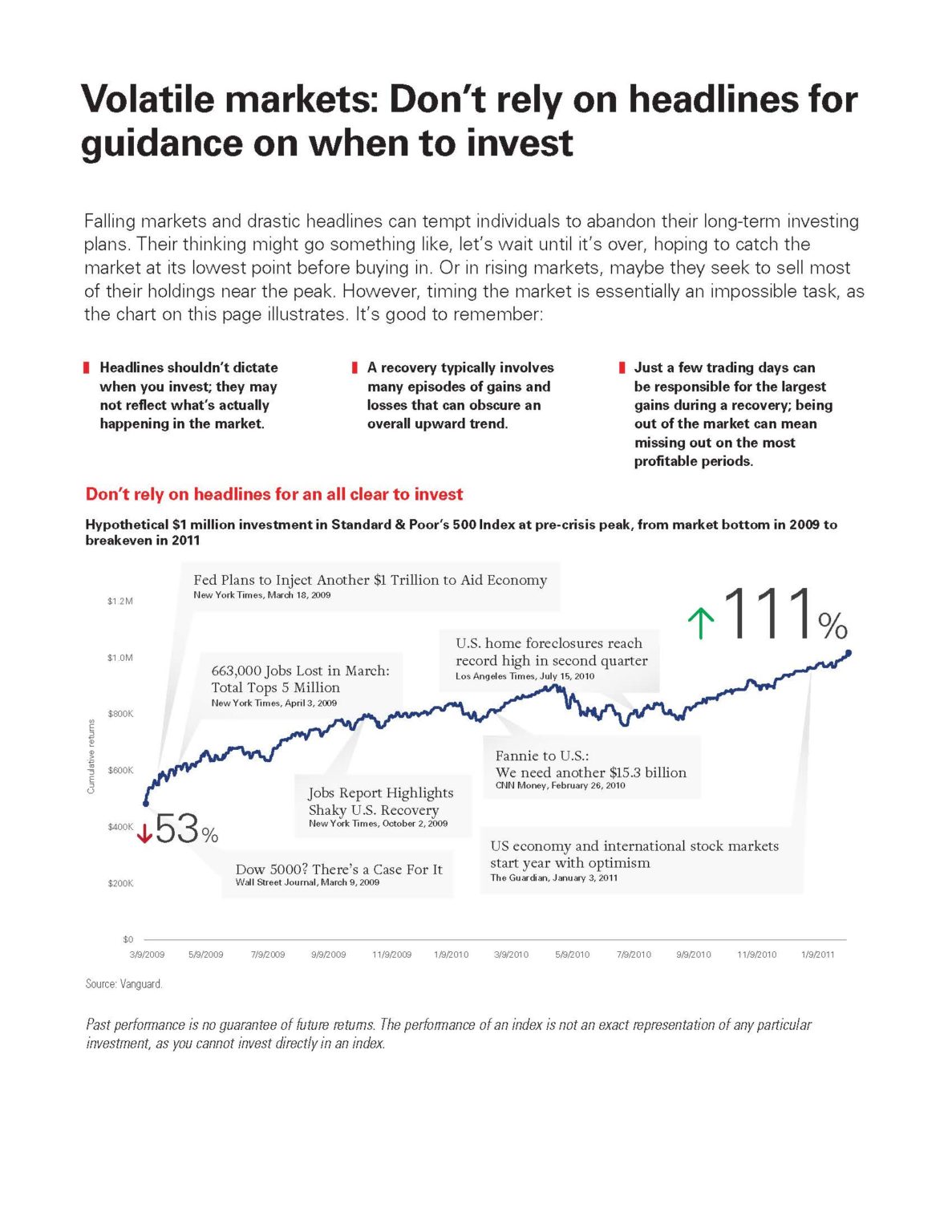 Hopefully the COVID-19 numbers will improve globally and the VIX will continue to decline.

Breathe, but not on anyone. Stay home. Sing some Bon Jovi songs!

Related: The Best Advice for Investors