What’s Red Hot and Running in the Market?

S&P 500 really went through the brief pause in selling, but credit markets haven‘t stopped really. Their weakness continues, but is hitting value a tad harder than tech. Together with VIX turning south, that‘s one more sign why the bulls are slowly becoming the increasingly more favored side. Hold your horses though, I‘m talking about a very short-term outlook – this correction doesn‘t appear to be over just yet (the second half of Nov is usually weakner seasonally):

(…) some treading the water before stocks make up their mind, is most likely next. The downswing doesn‘t appear to be totally over, but we have arguably seen the greater part of it already. … I‘m still looking for clues to the bond markets.

There, it had been a one-way ride. TLT though is having trouble declining further, and that means a brief upswing carrying over into stocks, is likely. Primarily tech would benefit, and the ever more negative real rates would put a floor beneath the feverish precious metals run. Make no mistake though, the tide in gold and silver has turned, and inflation expectations aren‘t as tame anymore.

In this light, there‘s no point in sweating the commodities retracement of late. True, the rising dollar is taking some steam out of the CRB superbull, but that‘s only temporary – I‘m looking for the greenback to reverse to the downside once the debt ceiling drama reappears in the beginning of Dec. Then, the Treasury would also have to start issuing more (short-term) debt, which would put a damper on any upswing attempts.

Meanwhile, inflation would keep at least as hot as it‘sx been recently, and the Fed policy mistake in letting the fire burn unattended, would be more broadly acknowledged. What a profitable constellation for precious metals, real and crypto assets! 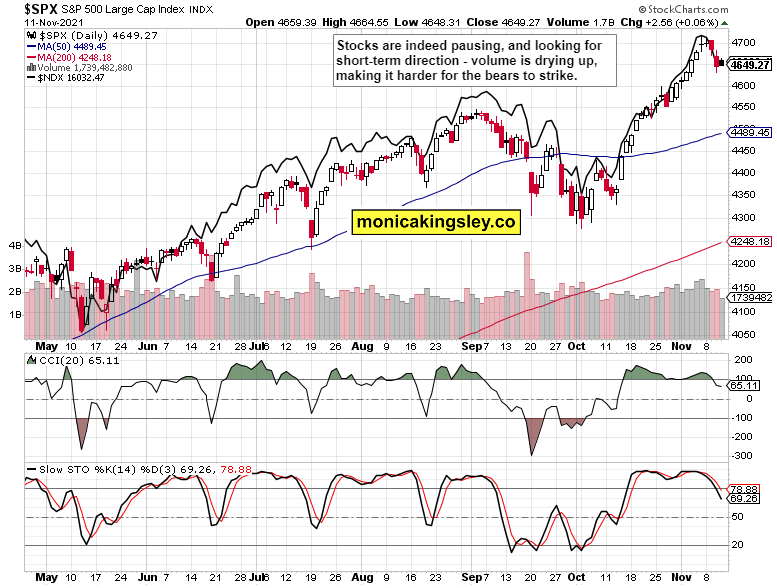 S&P 500 is bidding its time – the shallow very short-term consolidation continues, with the bears slowly running out of time (for today).

HYG, LQD and TLT – weakness anywhere you look continues, but LQD is hinting at a possible stabilization next. Unless that‘s more broadly followed in bonds, any S&P 500 upswing would remain a doubtful proposition.

Gold and silver were indeed just getting started – a relatively brief pause shouldn‘t be surprising. Any dips though remain to be bought. All in all, PMs are firing on all cylinders currently. 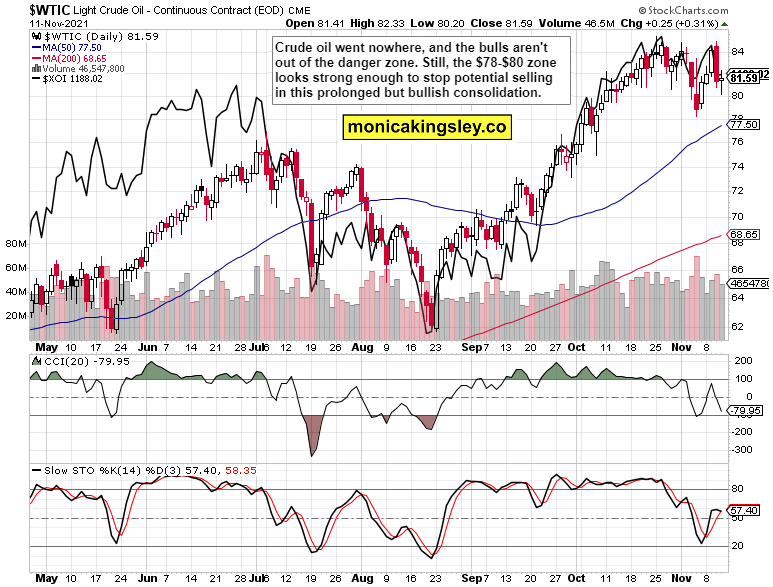 Crude oil bulls keep defending the $80 level, with $78 serving as the next stop if need be. The consolidation starting late Oct would though resolve to the upside in my view – it‘s just a question of shortening time. 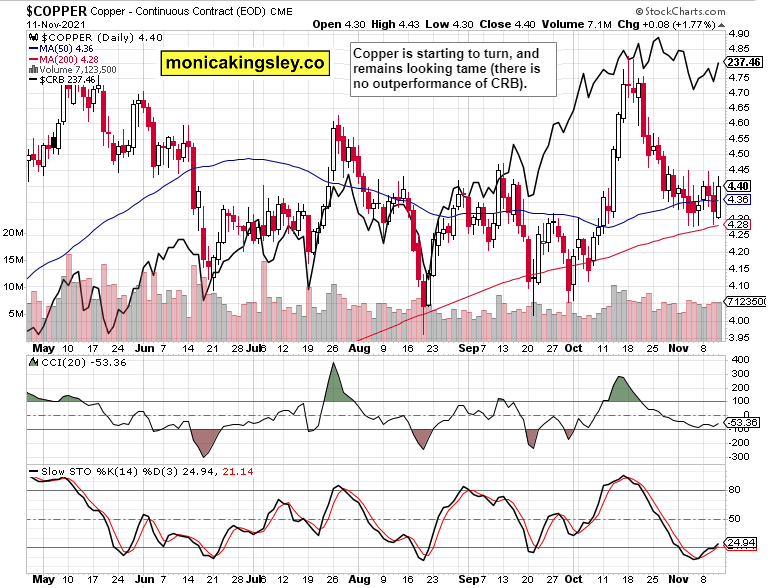 Copper participated in the commodities upswing – not too enthusiastically, not too weakly. The volume seems just right for base building before another red metal‘s move higher. 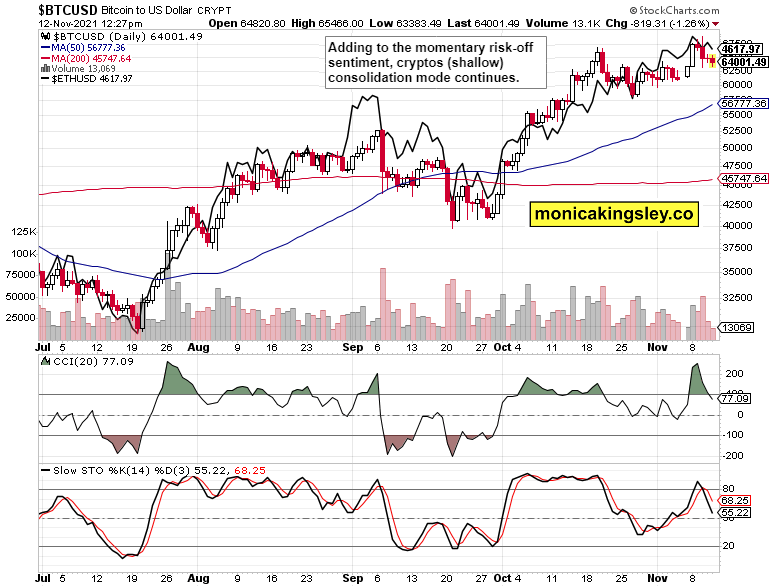 Bitcoin and Ethereum are still consolidating, and the relatively tight price range keeps favoring the bulls.

S&P 500 is looking at a mildly positive day today, but the correction isn‘t probably over just yet. With most of the downside already in, I‘m looking for bullish spirits to very gradually return. Precious metals will be the star performers for the many days to come, followed by copper and then oil. Crypto better days are also lyiing ahead. All in all, inflation trades will keep doing better and better.