S&P 500 opening range gave way to heavy selling as 4,470s didn‘t hold. Risk-on was overpowered, and the flight to Treasuries didn‘t support tech. And that‘s most medium-term worrying – stocks don‘t look to have found a floor, and gave up the opportunity for a tight range trading on Friday all too easily. The prospects of war were that formidable opponent, against which the S&P 500 didn‘t really stand a chance.

So, the downtrend has reasserted itself, and HYG doesn‘t look to have found a floor – junk bonds are leading to the downside, with energy, materials and financials standing out, which isn‘t exactly a bullish constellation. The other key beneficiaries of the safe haven bid were gold, miners and oil. Silver lagged as copper retreated all too easily, but I‘m looking for that to change.

As for Monday‘s session in stocks, the odds of a countertrend move to the upside, at least intraday, are good. Just a quick glance at the dollar, gold, oil and Bitcoin would reveal the extent of possible stabilization. Stabilization, not a reversal, because HYG is unlikely to turn up, and I‘m not looking for stocks to start moving up again. Thursday marked a high point in the countertrend rally, which was cut short after some 5 days only. Sideways to a little up is the best the bulls can hope for on Monday.

Funny though how with all eyes on Eastern Europe, the inflation and steep rate hike bets receded? What a Super Bowl! 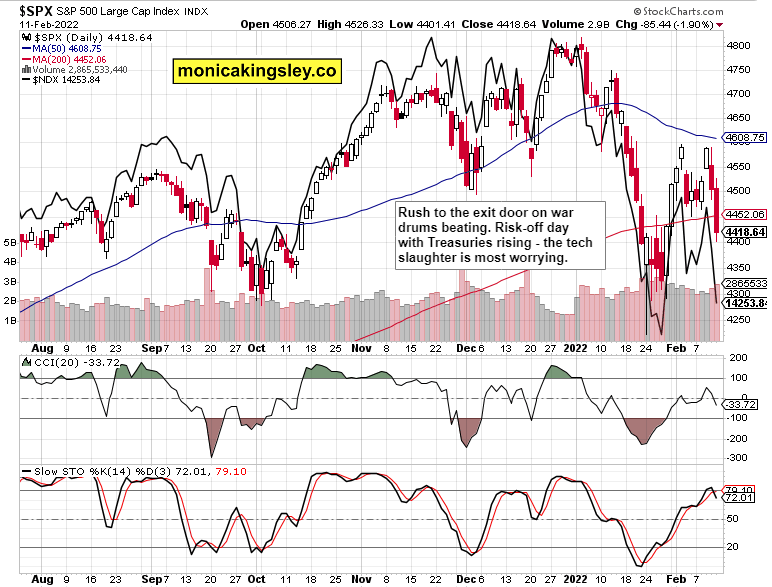 Whatever backing and filling there could have been, the S&P 500 didn‘t hesitate, and is pointing to the downside. The bears are back, and aren‘t yielding.

Credit markets went decidedly risk-off, and a little sideways reprieve wouldn‘t be surprising. But it would change nothing as the bets on rising rates, are on, and the 2-year Treasury is forcing the Fed‘s hand.

Miners and gold came alive on the tensions escalation news – the uptrend is alive and well indeed, even without these geopolitical developments. The upswing wasn‘t really sold into. 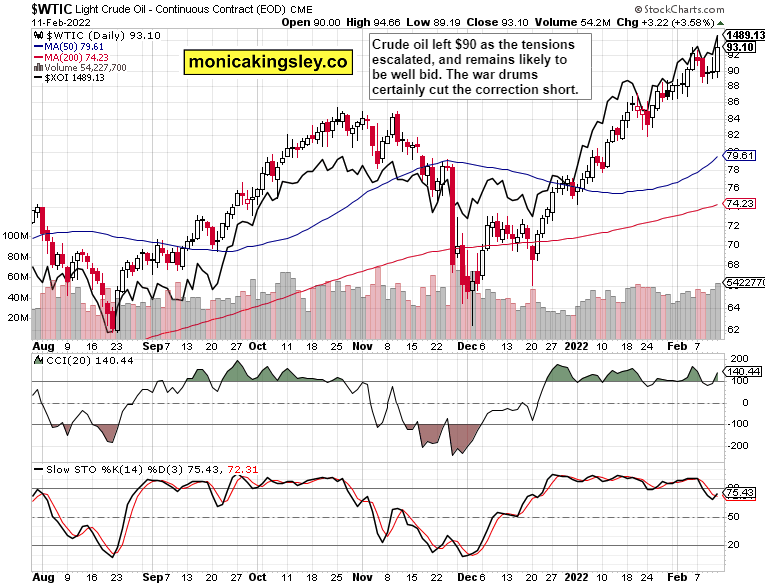 Crude oil correction came to an abrupt close, and it‘s unlikely black gold would dip in the current environment. The upcoming corrections would be bought as much as the previous one, and given the oil stocks performance, wouldn‘t likely reach far to the downside. 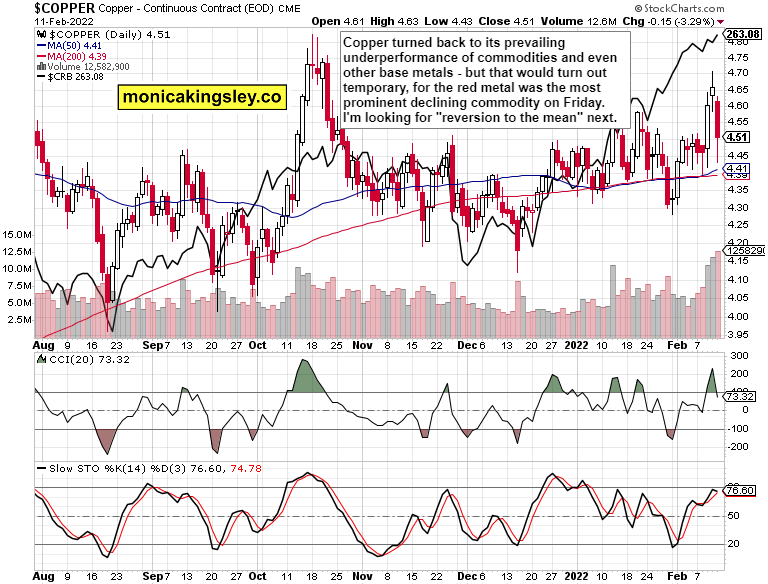 Copper is under pressure, and not holding up as well as other commodities. Base metals though are breaking higher, which is why I‘m looking at Friday‘s red metal trading as a temporary setback only. 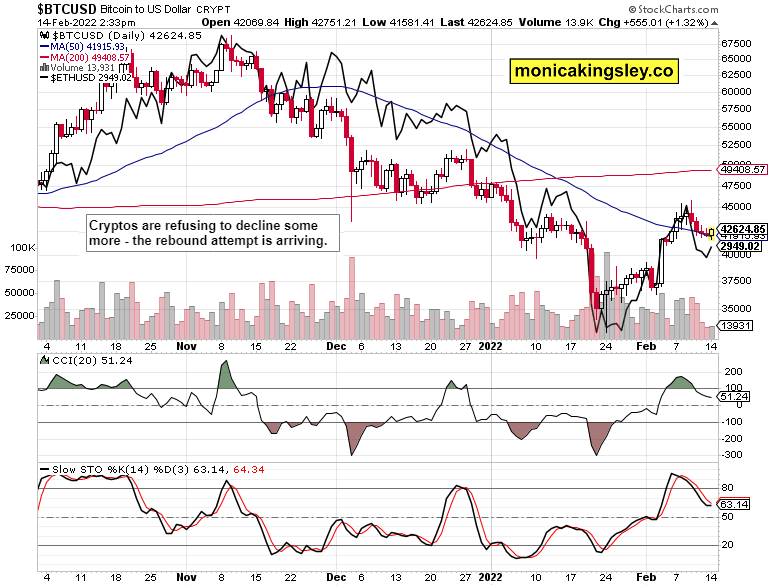 S&P 500 bears are back in the driver‘s seat, and the rush to Treasuries took the spotlight off rate hikes – to a small degree. Not that the Fed would be changing course on geopolitics, we aren‘t there yet. To the contrary, credit markets are pressuring the central bank to move – as decisively as possible in the overleveraged system – and Powell would find it hard not to deliver. Come autumn latest, the strain on the real economy would be hard to ignore – real estate is feeling the pinch already. Stock bulls can‘t expect higher prices unless tech recovers, and we look to be still far from that moment. Real assets with safe haven appeal are likely to do best, and the same goes for the dollar temporarily too.