S&P 500 bulls missed the opportunity, but credit markets didn‘t turn down. Yesterday‘s pause is indicative of more chop ahead – the risk-on rally can‘t be declared yet as having run out of steam, no matter the crypto reversal of today. Bonds are in the driver‘s seat, and the dollar is also cautious – unless these move profoundly either way, the yesterday described S&P 500 reprieve can still play out even if:

(…) The bottom isn‘t in, but I‘m looking for a little reprieve next. The degree to which bonds were sold off vs. stocks, hints that we would have lower to go still, ultimately bottoming around late Feb, perhaps even early Mar. Increasingly more Fed hikes are being priced in, and Friday‘s good non-farm payrolls figure is reinforcing these expectations.

As for the immediate plan for Monday‘s session, I think the 4460s would hold on any retest, should we get there at all. The bulls have a very short-term advantage, then as mentioned above, selling would resume, and around May or June we could get the answer as to whether we‘ve been just consolidating or topping out.

The 4,460s are still holding while commodities look to be consolidating today. As the dollar is up somewhat, bonds would have to face opening headwinds – the effect upon tech would be telling. I‘m still looking for downswing rejection in stocks while precious metals would hold up better than commodities today. 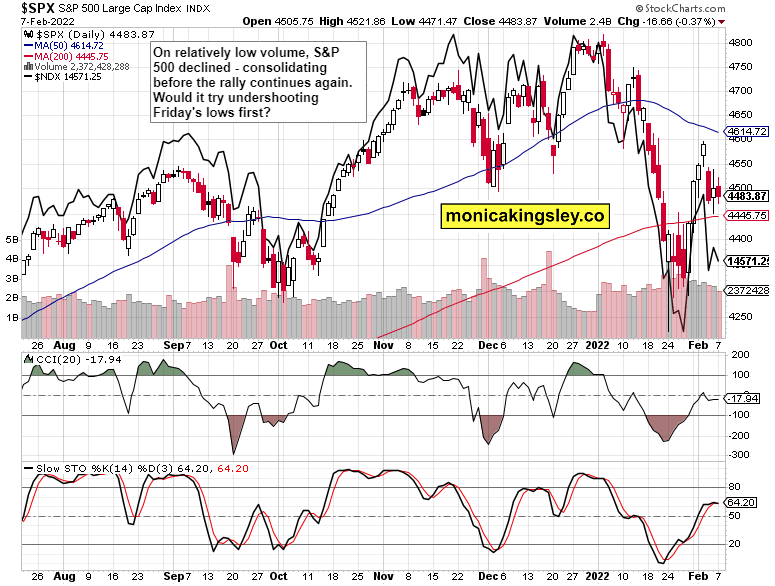 As stated yesterday, S&P 500 bulls aren‘t yet winning, but have a good chance to suck in those who believe the tech bottom is in – tech bears would get another opportunity in the not too distant future.

HYG gave up the opening strength, and the bulls are likely to get under pressure soon – it‘s that yesterday‘s session lacked volume, thus interest of the buyers. The clock is ticking.

Precious metals keep refusing to make lower lows – that‘s the most important aspect of their tempered ascent. And price gains would accelerate later in 2022, which would come on the Fed‘s abrupt U-turn. 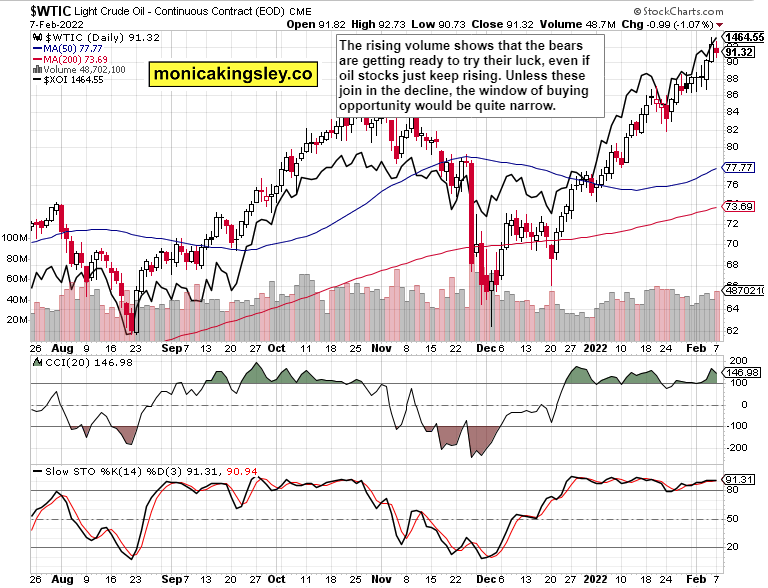 Now, crude oil bulls did pause, but the dip isn‘t likely to reach too far – I still wouldn‘t count on pullback towards $88 or lower really – oil stocks would have to turn decidedly down first. 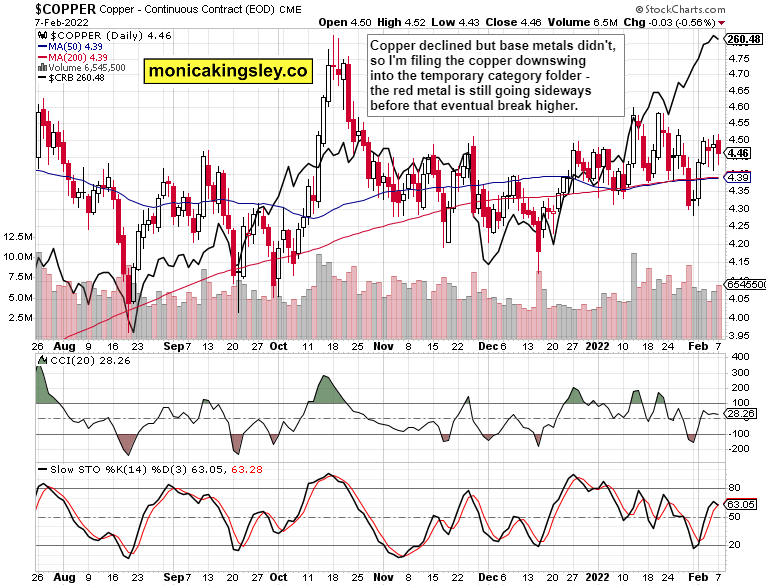 Copper is getting cautious, and would probably decline should the commodities pause continue – no matter what other base metals would do at the same time. Still, that‘s internal strength in the waiting, similarly to the precious metals strength. 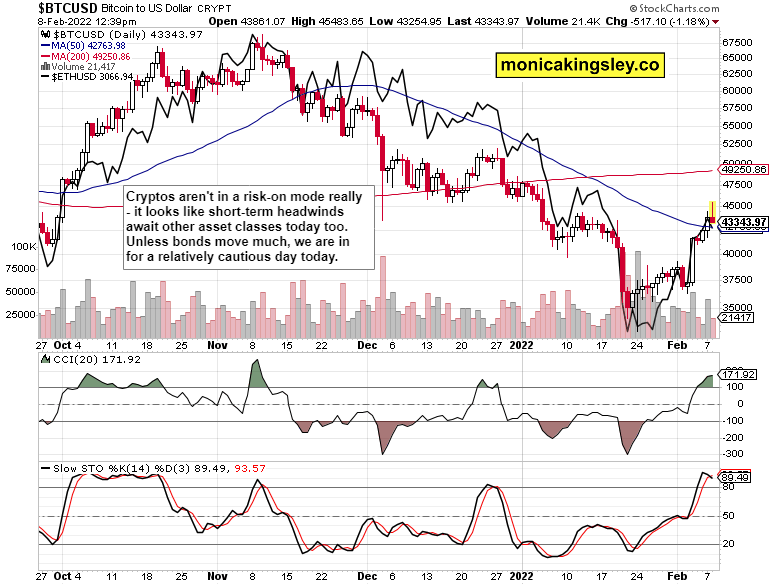 The crypto break higher ran out of steam, warning of a rickety ride ahead – not just in cryptos. Things can still get volatile.

S&P 500 bulls haven‘t lost the opportunity to force higher prices, but need to repel the upcoming intraday flush that can come today, and possibly even continue tomorrow. Yes, instead of seizing upon the chance, bonds have merely paused, creating a perfect environment for whipsawish trading today – I‘m still expecting Friday‘s lows to hold on a closing basis, but I‘m not ruling out a fake breakdown first. The very short-term outlook is simply choppy until the bond market upswing kicks in in earnest. And that would provide more fuel to precious metals and commodities while pressuring the dollar – seems though we would have to wait for a while to see that happen.