This Is Why Many Advisers Do Not Grow

Growing productivity – or getting financial advisers to grow themselves and their business capability – appears to be a problem no matter who you talk to in financial services.  And it doesn’t need to be.

All too often the lack of growth in production levels by advisers or the lack of development of business systems and commercial models is put down to simple arguments such as “they get paid too much in commission, so it is too easy for them and there is no incentive to grow“.

That is certainly going to be true of some advisers, but then how do those critics explain why so many advisers who are apparently getting overpaid and have no incentive to do anything different continue to throw a lot of money in the form of education, coaching and support systems at the advisers in their practices?  I see plenty of advisers who invest incredible amounts in people inside their businesses in a bid to create further capacity and productivity….often only to see those advisers leave to strike out on their own as competitors to their former mentors.

…so why do these efforts and the vast budgets being invested in growth so often fail?

Most adviser training or development efforts fail because they only address part of the adviser needs.

The well-meaning mentors who invest heavily in new blood and groom successors are not the problem.  Nor are the people they are investing in.  The problem is the process.  It is usually only a limited process…it only goes part of the way…

To create lasting change – actual “growth” – requires a continual cycle of challenging existing thinking.  Having shifted the thinking of the person you are trying to grow there will be a requirement for coaching, mentoring or teaching – but probably all three.  Skills and knowledge have to be transferred at this point.

The new skills or knowledge needs to be supported with the appropriate tools and templates and systems, and then there has to be an ongoing process of making sure the new skills and knowledge are applied successfully.  Once mastered by an adviser, it is time for the leader (or coach!) to challenge the thinking afresh….and so it begins again….creating ongoing growth. 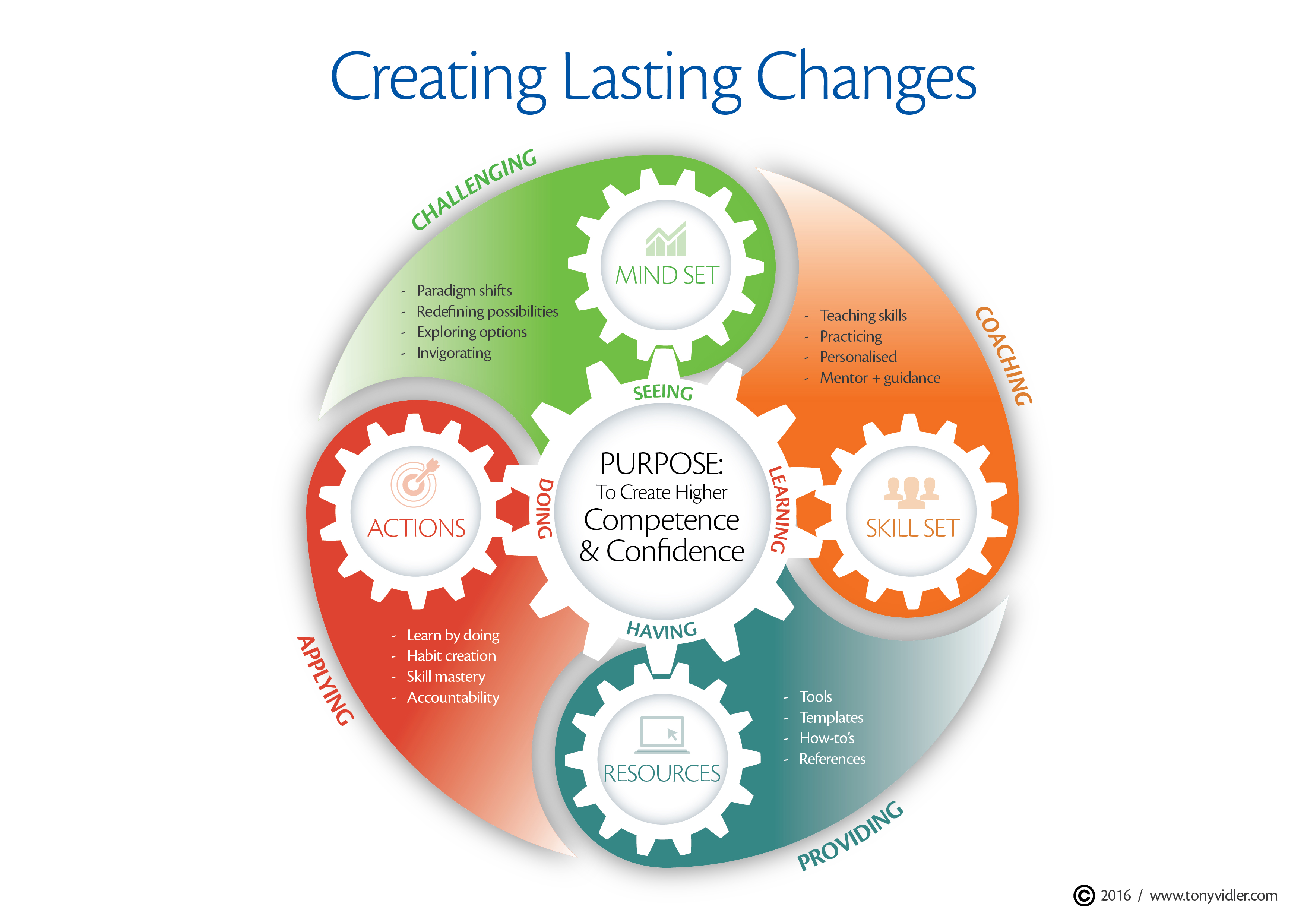 Miss any single element of the cycle and the growth stagnates.  Advisers then plateau.  Incumbent behaviours and productivity patterns remain unchallenged.  Industry observers and detractors revert to “they must be lazy because they are getting paid too much“….trainees become frustrated and look for further development elsewhere. Or they feel they have learned what they need to as the development has essentially ceased to be delivered in any meaningful fashion…so they strike out on their own.

For any practice manager or business owner wanting to genuinely grow their people and productivity need to consider how they will address all 4 elements.  Some can be delivered internally of course, and some are probably best if they are out-sourced.  Sometimes it is a combination of both – internal knowledge and tools supporting the knowledge acquired externally, and then a mentor internally providing the ongoing accountability and refinement.

The typical industry approach has been for advisers to attend a conference or a course and be given fantastic new knowledge or skills, with an assumption made that they have now been given what they need to grow.  That approach is essentially no different to simply buying someone a book on how to build a house and expect them to somehow magically become a master builder without anything further.   The master-builder-of-the-future needs a mentored apprenticeship on the job together with some academic knowledge and supported by ongoing supervision as they use their newly acquired skills, and then they need to be pushed to learn further and think in different ways if they are to grow from being a competent tradesperson to an actual Master Builder.

It is no different with developing financial advisers.  For any practice – or institution – wanting to grow the productivity of its people you need to address all 4 components of the development cycle.  Do just 3 of them, and people will probably plateau…the investment in learning will be largely wasted.  Do just 1 of them and the investment is almost invariably wasted – and the adviser is also inevitably frustrated as they have been given a glimpse of what might be – but only a glimpse.  Unsurprisingly, poor development programs which give people just a glimpse of what might be and then fail to deliver what is needed to progress usually result in lost staff, which compounds the cost of the waste.  Hence, vast amounts are spent on trying to grow advisers within a firm only to see a high proportion of them leave as they go looking for the missing ingredients in their growth requirements.

Begin with re-wiring your advisers minds.  Challenge their thinking on what might be, or how things must be done.

Then make sure they are getting the teaching and mentoring and coaching that they need to overcome the inertia of the status quo.

Provide the tools and the resources they need to function effectively and efficiently.

Keep them accountable and help refine their skills as they progress.

Then challenge them further…..

THAT is a successful development program for advisers that they will stick with, and a pattern of behaviour within a practice that leads to increased productivity and growth for all.

Related: Does the Value of Advice Increase Over Time?