Getting More Prospects To Buy Your Advice

To get prospects to buy your advice and change direction you have to “sell emotion” and support it with logic, right?

Not quite….there is a piece missing in this formula which is is largely accepted as the methodology for selling intangibles I believe.

I believe that the missing ingredient is “beliefs”, and it is understanding the buyers beliefs to begin with which enables a great professional to figure out how to make the advice both palatable and actionable to a prospect.

Let’s use a simple example to illustrate what I mean.

Say you were a financial adviser focusing upon long term financial independence planning and you were dealing with a prospect who had 10 years to go until retirement. 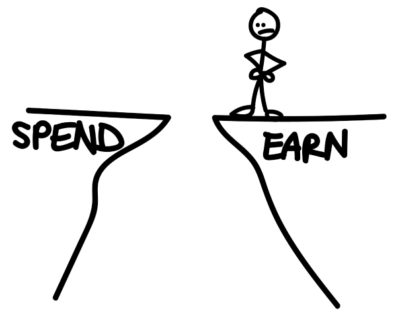 During our initial discussion we have established that the prospect has a vision and desire of living a retirement lifestyle which is largely unchanged from their existing lifestyle – albeit without the “working for a living” part. They still want to go on an annual overseas holiday, drink wine and dine out, and play lots of golf or whatever around the country.

Quick number-crunching of the sort that we can all do in 2 minutes on a calculator shows the logical extent of the problem: they are currently on track to run out of money on the second Tuesday after they turn 65.  They have nothing of consequence saved for the future in other words, but have a vision that life will be wonderful and abundant.

Not an uncommon situation in reality, although perhaps I have exaggerated slightly.  There is however frequently an enormous gap between a prospect’s financial capacity and their voracity.  A big gap between what they have and do and what they expect they will be able to have and do in other words.  The barrier to change is their beliefs.

That is the area which we professionals often fail to investigate and understand, and as such it becomes the barrier to getting the prospects to buy our advice.

Gong back to the example for a moment, the barrier here will typically be a belief that “all is well” and there is no requirement for planning. Perhaps an illogical belief in a social welfare system that will support them for life…perhaps a more logical belief that an inheritance will take care of everything…perhaps an entirely irrational belief such as “we will win the lottery and not have to worry”.  But there is a belief issue of some sort.

Until the prospects beliefs are known no amount of logic and no amount of emotional “selling” will shift them to follow advice which is rational.  To them, your rationale is irrelevant.

Obviously the first step is to uncover whatever beliefs prospects hold, in addition to the necessary understanding of the facts & figures, as well as determining what their goals are.  The easiest question in the world to begin uncovering beliefs that may be barriers is a direct one, but without being confrontational:

“The first thing we need to take into account is who else is contributing to your retirement before we worry about what you have to put in, so what do you expect from government, relatives, business sales or anything like that?”

The temptation for many professionals once the prospect answers is to challenge any illogical or irrational beliefs.  That is a surefire way to lose a prospect straight away.  Challenging a belief with logic is tantamount to saying “you are stupid; just listen to me”.  Generally people don’t respond well to that….

What we have to do is create doubt.  We have to create a situation where they question their own belief themselves. We do that by asking

Rather than have the logical answer (or facts) and then try to convince prospects by tying that to emotional selling points (e.g. fear, greed, love), it is far more effective to appear to not have the answer early on in the process.

The more “what if’s” that are asked, the more doubt which is created.  The more doubt that is created about a prospects existing belief-set then the greater their likelihood of anchoring their future beliefs on the facts and logic which you subsequently present.

Jumping straight to facts or logic to begin with, as so many professionals tend to do, doesn’t shake the incumbent belief-set.  That is one of the reasons why so many prospects do not convert, or are just sheer hard work to convince of the right way forward.  You have to lead them to change their own mind themselves…you will not change their belief set by challenging it with pure logic.

Get some “what if’s” into your advice process before presenting logic or recommendations and you will get more prospects to buy your advice.

Related: When Your Sales Numbers Suck...