Why I’m Fed up With Blockchain

I’m winding people up with blockchain this week. As I was doing that, a song came back to me on regular occasion. A song about Blockheads. I went back to the song and re-read the lyrics. It’s about Essex Boys back in the 1970s. Not quite the world of today, is it? But there is some resonance.

Are we all blockheads? Will blockchain rule the world?

Blockchain has a clear position and opportunity, as does cryptocurrency and more, but it is far more complicated than the concept, the idea, the technology. Making its application a reality is the challenge.

The issue with blockchain is that we may all get excited about it but it is irrelevant. It is completely unusable. It is bottom of my list of things to look at.

Why would I say this?

Why would I say this when I wrote, in 2016 , that it was a foundational technology that would change the world?

Well, I wrote in 2015  that it would take at least ten years for blockchain or, if you would prefer, distributed ledger technology (DLT) to make a difference. Blockchain and DLT are not the same thing by the way, but it would take too long to explain here. Read about that here if you want.

The bottom-line is that, after over ten years of dialogue, I am yet to see blockchain/DLT do anything useful. It’s had a few breakout moments, like the ASX and AntChain, but overall the technology is a disappointment.

Dave Birch has constantly been a cynic and called out the fact that most blockchain projects are not based upon blockchains. 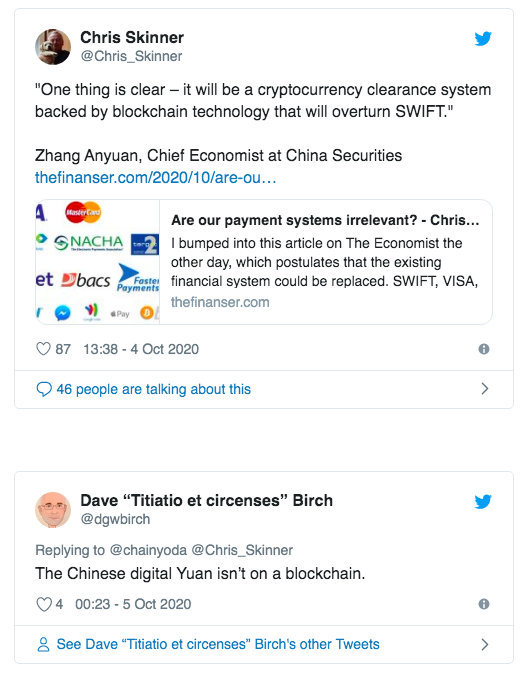 So, why would I claim that a technology that has received $24 billion in investments since 2013 is a waste of space?

It’s not a waste of space at all.

It is a powerful and compelling technology.

The issue is, as I highlighted back in 2015, that the problems it solves are not technology problems. They are structural issues. Issues that require agreements between industry, finance, government and citizens. Issues like digital identity and cross-border processing. These are not issues that are solved by one entity. They involve multiple entities across borders and geographies. That is why blockchain has disappointed.

It has a use. It has a point. It has a benefit. But its’ use, point and benefits are not reaped by one company, one entity or one organisation. That’s why blockchain disappoints. It cannot get agreements between companies, entities and organisations.

Related: This House Believes That Companies Should Avoid Politics