The Biggest Difference Between Crypto and Stocks

And now bitcoin is trading at its highest price EVER: 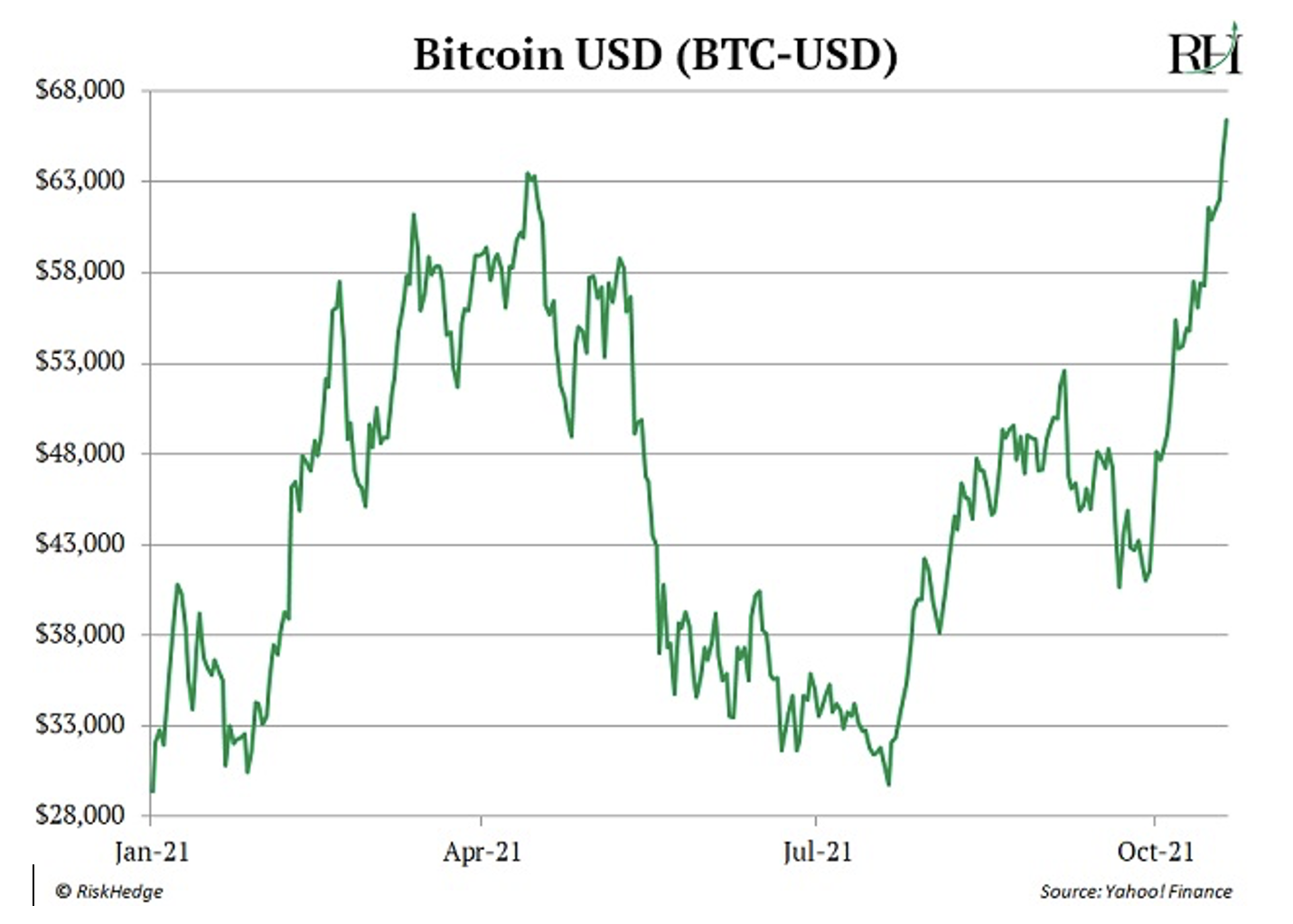 But here’s the most surprising part…

Bitcoin’s only the 37th best performing crypto this year!

Most folks can’t name a single crypto beyond bitcoin and Ethereum. But my research shows that select smaller, lesser-known cryptos are the best high-upside investment opportunity available today.

Today, I want to tell you about the most important thing in crypto nobody mentions.

It’s no secret that traditional investing is tilted in favor of Wall Street insiders and venture capitalists.

For example, former Shark Tank judge Chris Sacca invested in Uber (UBER) in 2009 when it was private and worth less than $4 million. By the time ordinary folks got the chance to buy Uber at its IPO in 2019, Sacca had already made 3,600X.

It’s the same for Airbnb (ABNB), Facebook (FB), and most other fast-growing startups. Professional investors can access them when they’re tiny, private, and bursting with 100x upside.

Meanwhile, the average investor must wait until they debut on the stock market… at which point a lot of the upside is gone.

Crypto flips this on its head.

It’s one of the only markets in the world where the average investor can get in on the ground floor.

They thought he would start dabbling in stocks. Instead, he bought some new weird online currency called bitcoin.

His initial $5k stake is now worth well over half a million bucks.

CBS News reports there are as many as 100,000 bitcoin millionaires. The vast majority of whom are normal investors who bet on bitcoin early.

Like John Ratcliff. According to the New York Post, the video game developer invested $15,000 in bitcoin in 2013. Now he’s building a $1.4 million dream house.

I could rattle off ten more stories just like these—ordinary folks making extraordinary profits in crypto.

But do you notice you almost never hear about the rich getting richer in crypto?

Have you seen any headlines about Wall Street pros making millions in crypto?

In fact, most big-name investors HATE bitcoin. For years, they dismissed it as a worthless digital asset for criminals.

Most big-name investors have totally missed out on bitcoin. Coinbase (COIN) data shows institutions accounted for less than 20% of trading volume in 2018. Compare that to over 90% for the stock market.

Regular investors used to be locked out of all the best deals.

All kinds of barriers restrict the average guy from investing in small, private companies.

But in crypto, it’s the Wall Street pros who have their hands tied behind their back.

For one thing, most famous investors refused to risk their reputation buying an unproven asset—bitcoin.

Why take that chance when you have access to other lucrative private deals?

Bitcoin was also difficult to store safely. When money managers buy stocks, they usually store them with a custodian. In other words, a bank that prevents them from being stolen or lost.

Professional custody services didn’t exist in crypto until recently, which prevented many big-name investors from touching it.

But that’s all changing now. Finally, big money is flowing into bitcoin…

Remember, institutions made up less than 20% of Coinbase’s trading volume three years ago.

That’s surged to 70% today. Roughly $320 billion of Wall Street’s money flowed through Coinbase in just the past three months.

Venture capitalists were also late to the crypto party. But get this… they invested $17 billion in crypto startups so far this year. That’s more than the past ten years combined!

Even BlackRock CEO Larry Fink is changing his tune. Just last week, he told CNBC, “We are investing in it. Crypto may become a great asset class.”

Fink is right. Crypto is a great new asset class…

As you saw, bitcoin crushed stocks, bonds, and every other old-world asset this year.

But remember, bitcoin is only the 37th best-performing crypto in 2021. Smaller, lesser-known cryptos are running laps around it.