Fed Embraces Higher Inflation. Will It Embrace Gold, Too?

Fed adopts a new strategy that opens the door for higher inflation. The change is fundamentally positive for gold prices.

So, it happened! In line with market expectations, the Fed has changed its monetary policy framework into a more dovish one! This is something we warned our Readers in our last Fundamental Gold Report:

the Fed could change how it defines and achieves its inflation goal, trying, for example, to achieve its inflation target as an average over a longer time period rather than on an annual basis.

And it turned out that our worries were justified. On Thursday, the FOMC announced the approval of updates to its Statement on Longer-Run Goals and Monetary Policy Strategy. The change was timed for Fed Chairman Jerome Powell’s speech to the Jackson Hole economic symposium.

Generally speaking, the Fed declared that it will focus more on the job market and won't worry about higher inflation. This is because “a robust job market can be sustained without causing an unwelcome increase in inflation”,  as Powell explained in his remarks discussing the policy shift.

Being more specific, the most significant changes to the framework document are:

What does it all mean for the gold market? Well, the updated Fed’s strategy opens the door for easier monetary policy, ultra low interest rates for longer, and higher inflation. So, the shift is fundamentally positive for the gold prices. Actually, it could be the trigger that gold needed to continue its rally further north. However, the initial gold’s reaction has been negative (i.e., after a spike, there was a sharp reversal), as the chart below shows. 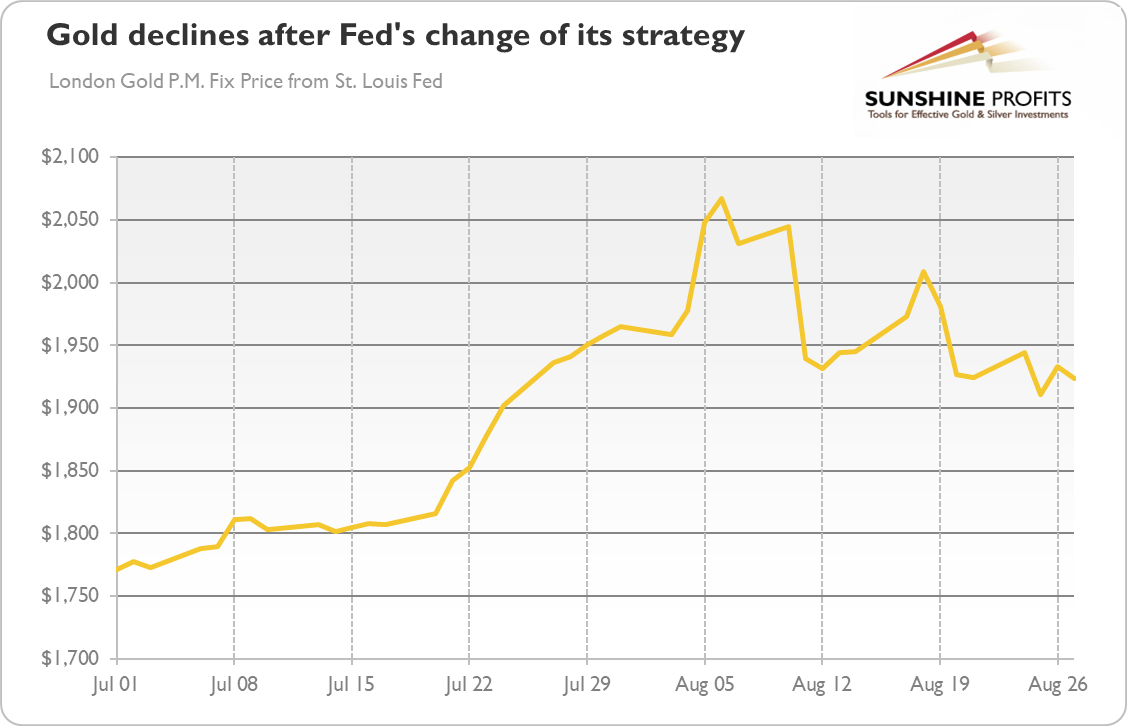