Why Video Won't Always Work in the COVID-Recovering World

Before take-off on a flight to Denver last week, the guy in the seat in front of me loudly moaned, “Oh no!”

A nearby flight attendant turned to help, asking what was wrong.

He told everyone within earshot that he had just texted his wife “I love you” before he put his phone in airplane mode.

Except he didn’t text his wife.

The message went to the 15 moms on his teenage daughter’s swim team group text. His phone started blowing up with funny responses.

The guy across the aisle piped in, “It could’ve been worse!”

We all chuckled, and I realized that moments like these had been missing from my life for two years.

NOW MORE THAN EVER

There are some things you can’t replace. Sure, that story would’ve been funny if I’d read it on LinkedIn (or in this blog, like you are doing right now). But on that Southwest flight, it was a moment of bonding with the people in the nearby rows, and it felt good.

Video doesn’t give you those moments. It’s a distanced interaction. We have two years of distance under our belts. There’s no doubt as we emerge from the pandemic; in-person matters, now more than ever.

There are COVID-induced, time-saving hacks that eliminate commutes and allow us to get more done. We can cram more virtual meetings into a single day. It’s science, and I’ve tested it repeatedly.

Some advisors I’ve talked to say they’ll never go back to in-person meetings.

Look at all this time we’re saving!

Except coffee meetings can be fun, hugs feel good, and those accidental group text “I love you” moments make you feel human.

ALL THE MORE MEANINGFUL

The next night in Denver, my kids and I were eating dinner in our hotel room between games of the hockey tournament.

My son pulls out his phone to show me a video prompted by a Chevy conversation we’d had on the road. No offense to Chevy drivers — except that one in front of us on 470 in Littleton, CO.

We laughed together watching a guy who’d green screened himself into a whole bunch of Chevy commercials. Enter the 15-million-view rabbit hole here: 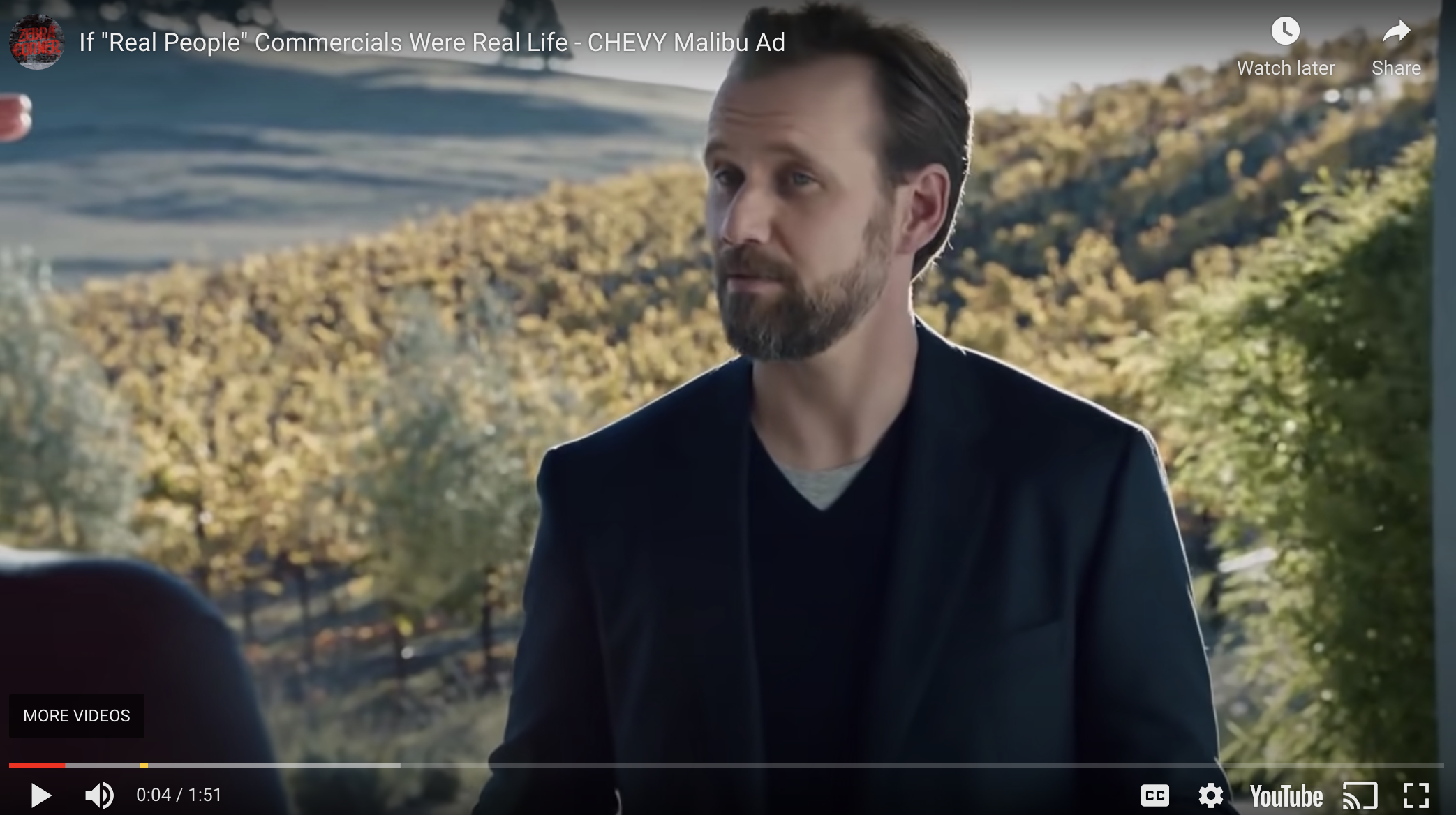 Funny, faux Chevy commercials can make for a bonding moment, but nothing feels closer than actually getting closer.

Which is why I found time on my vacation to stop by advisor Steve Smith’s office in Frisco. He’s a new Idea Kit client, and we wanted to talk about the best spot to shoot his videos.

While he’ll be using video to save time, build trust, and make his website visitors feel like they know him, I can say for certain I feel like I know him better by meeting him in person.

Related:  3 Easy Steps to Get from Start to Finish with Video Marketing