Why Do We Believe In Silver Bullet Solutions?

In folklore, a bullet cast from silver is often one of the few weapons that are effective against a werewolf.

In business, the “silver bullet” is a simple, but sure-fire solution to a complex and/or chronic problem. Once you use it, the problem goes away completely. 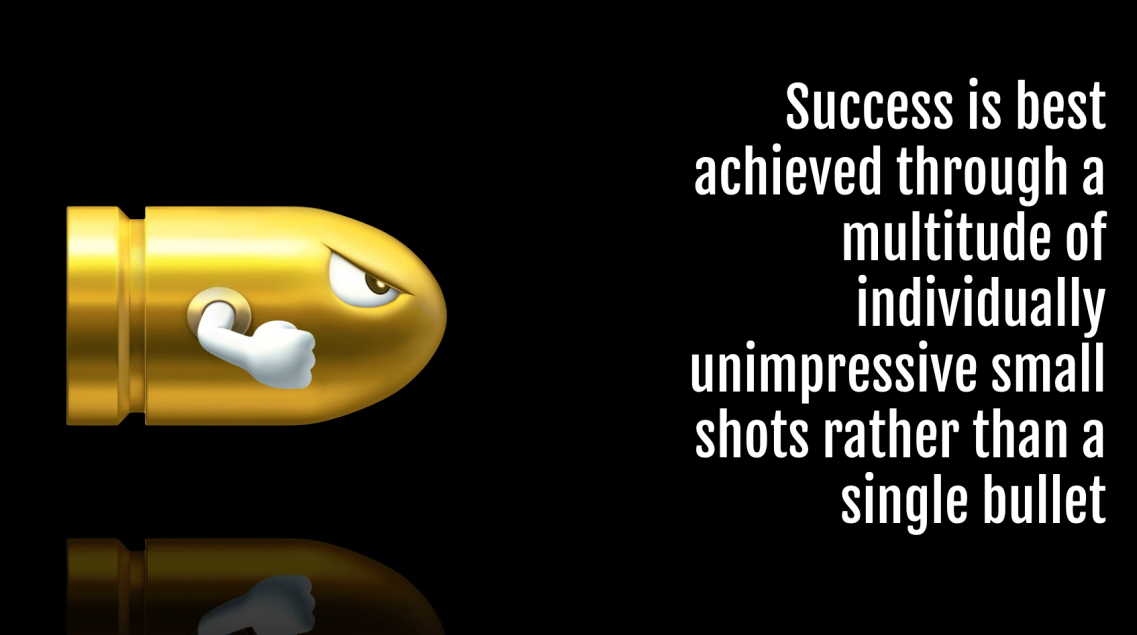 On Wednesday evening I was invited to do a talk to a group of leaders assembled by Greenacre Consult. One of the best questions I was asked was ‘why, given it’s seemingly so obvious that exploring problems and starting small makes sense, are we so enamoured by silver bullet solutions?’. I gave a rather long and rambling answer – ironically searching for a silver bullet response – so thought I’d put some thoughts down here.

Silver bullet syndrome is the belief that the next big change in tools, resources or procedures will miraculously or magically solve all of an organisation’s or persons problems. Once you recognise Silver Bullet Syndrome you will see it everywhere. In management reports, in public policy, in recruitment campaigns, in advertisements.

If only we had a person like this our problems would be solved. If only you followed this particular diet your weight concerns would go away. If only the public did this instead of that, this damned virus would disappear.

I believe there’s a strong link between how our businesses are organised and their propensity for silver bullets. In 1909, Frederick Taylor published “The Principles of Scientific Management.” In this, he proposed that by optimising and simplifying jobs productivity would increase. Taylor’s philosophy focused on the belief that making people work as hard as they could was not as efficient as optimising the way work was done. This optimisation focus arguably led to the creation of narrow specialised teams and what Phil. S. Ensor later termed the functional silo system. The contention from Ensor was that these siloed teams were indeed efficient at repetitive tasks but imposed a very damaging learning disability on the organisation.

There are many advantages to silos but they can mean we become focused on narrow organisational fixes rather than exploring the underlying symptoms. Chasms emerge resulting in people not seeing any problem in context and cross organisational problem solving can break down. Through the silo system, as every function focuses on its own objectives and KPIs the ground is laid for the emergence of silver bullet solutions.

In an era of management fads and leadership worship it’s also bizarrely easy to sell these one-shot solutions. It’s soothing for us to believe that organisational tourists can arrive to save your business by doing a perfectly pitched PowerPoint with a clearly articulated way of getting from A to B, without any actual evidence.

Pitching up and saying that an organisation most likely can’t solve this problem on their own, that you need everyone’s creativity and input, that the first solutions you come up with will almost definitely fail – isn’t so attractive.

The idea of a silver bullet is appealing. That new Exec hire, that restructure, that new change tool, will solve it. We are all optimists really, and we want to believe that the world is simple.

We all want the fastest and easiest solution to any problem, but as Chris Bolton and Matt Wyatt have observed, silver bullets should actually be called silver boomerangs – because they just keep coming back. 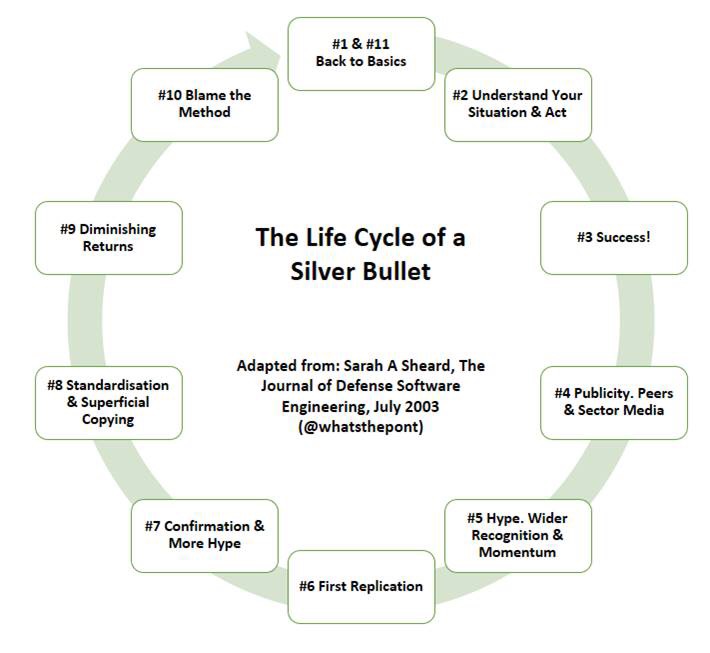 Complex problems are hardly ever solved with shiny exciting bullets. As Matt Ridley writes – breakthroughs emerge when we have a “willingness to put in the hours, to experiment and play, to try new things, to take risks— characteristics that for some reason are found in young, newly prosperous societies and no longer in old, tired ones.”

This applies to our organisations, not just societies.

The way to solve our greatest and most persistent problems isn’t glamorous at all – it’s actually quite mundane. Success is best achieved through a multitude of individually unimpressive small shots rather than a single bullet.

Related: Three Reasons Why We Fail To Solve Problems