What Should Investors Do After China’s Increase in Regulations?

After years of a hands-off approach to its new economy sectors, China surprised investors with several new regulations. Since February all-time highs, the MSCI China is down 31%, with internet stocks down 40%. For select sub-sectors, recent regulations have derailed long-term fundamentals; however, for much of the Chinese investment universe, the long-term positive growth outlook has not changed, while “sell now, ask questions later” behavior has dragged down share prices as a result of a short-term hit to sentiment. It is key for investors to sift through the noise, identifying both risks and opportunities created during this period of volatility.

What to look for:

Chinese equities come with higher volatility than other markets 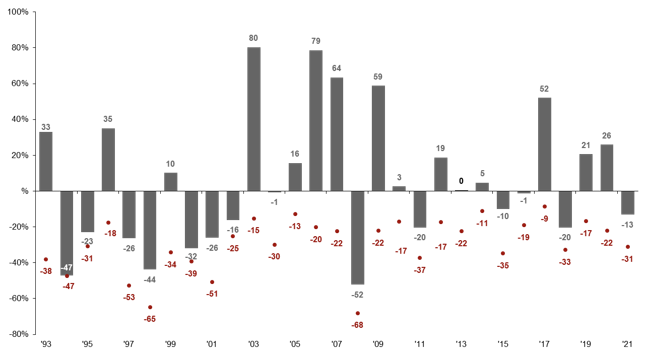 Related: How Should Investors View the Recent Chinese Equity Sell-Off?