For The First Time Since the 70s, Demographics Support Higher Rates

How could this be? There are two reasons. More people are working past 65 and the millennial generation is entering the labor force en masse.

In this first chart below, we can see that population growth (the blue bars) will continue to slow in the 2020s, but labor force growth will actually rise decade-on-decade for the first time since the 1970s. 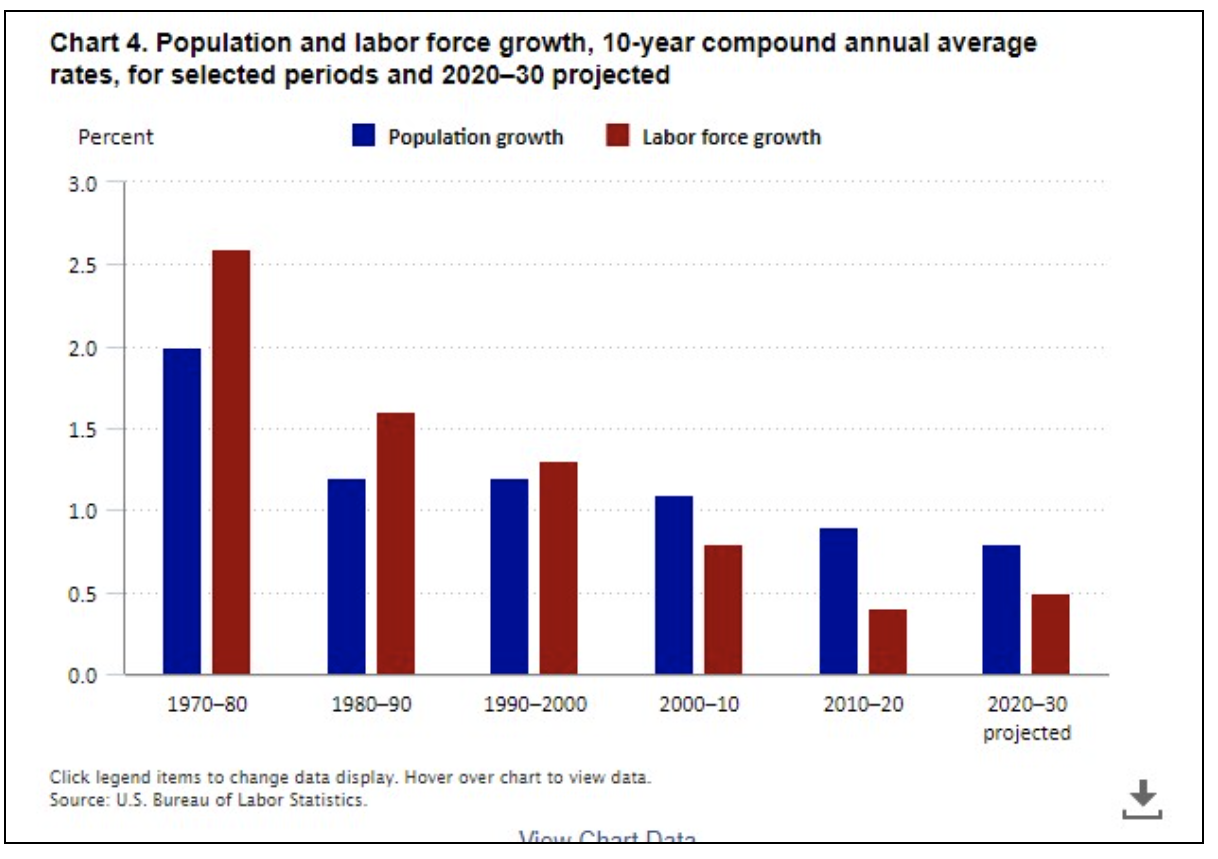 The rise is due to both the 25-64 age cohort growing relative to the size of the population as well as people over the age of 65 remaining in the labor force for longer. 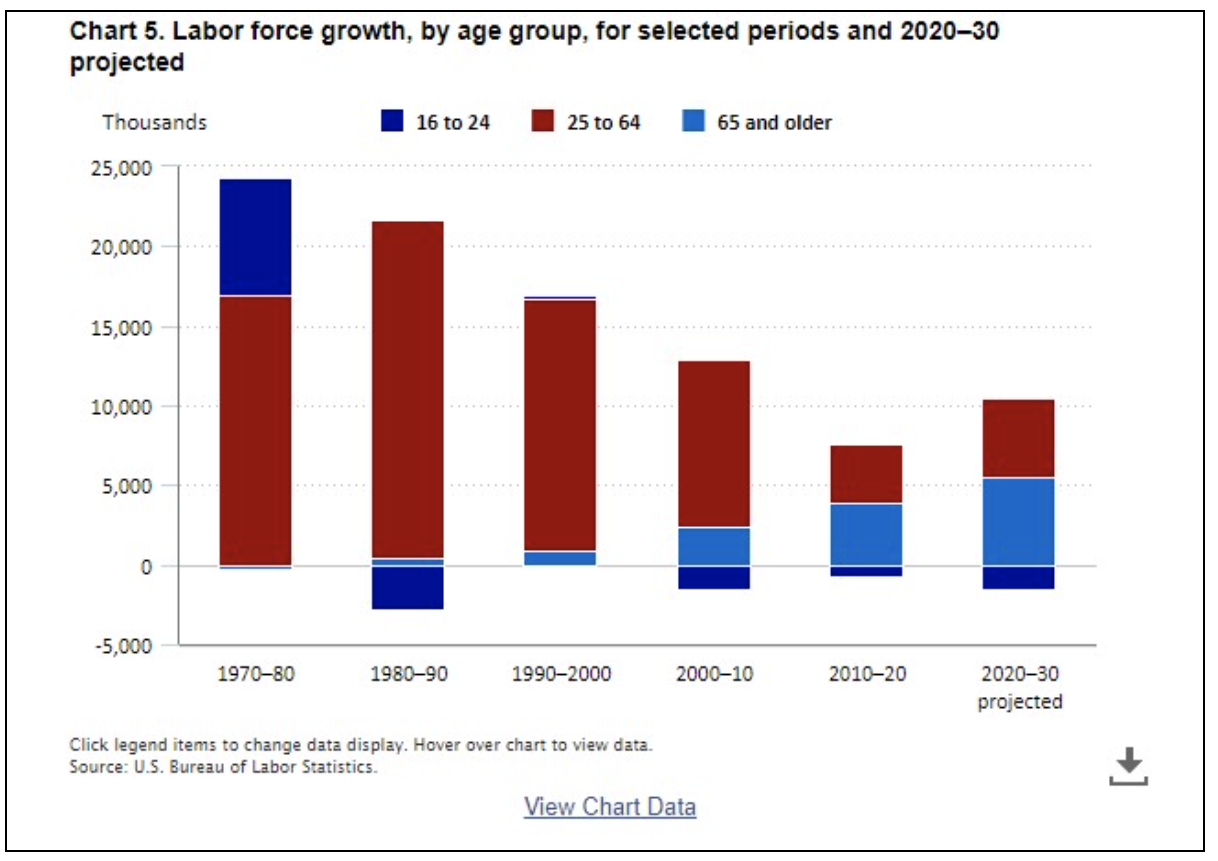 The BLS estimates that, as a result, trend economic growth will accelerate from 1.5% to closer to 2.5% in the 2020s. This would be the first decade-on-decade increase in growth since the 1990s. At that time, growth accelerated due to productivity gains rather than brute labor force growth. 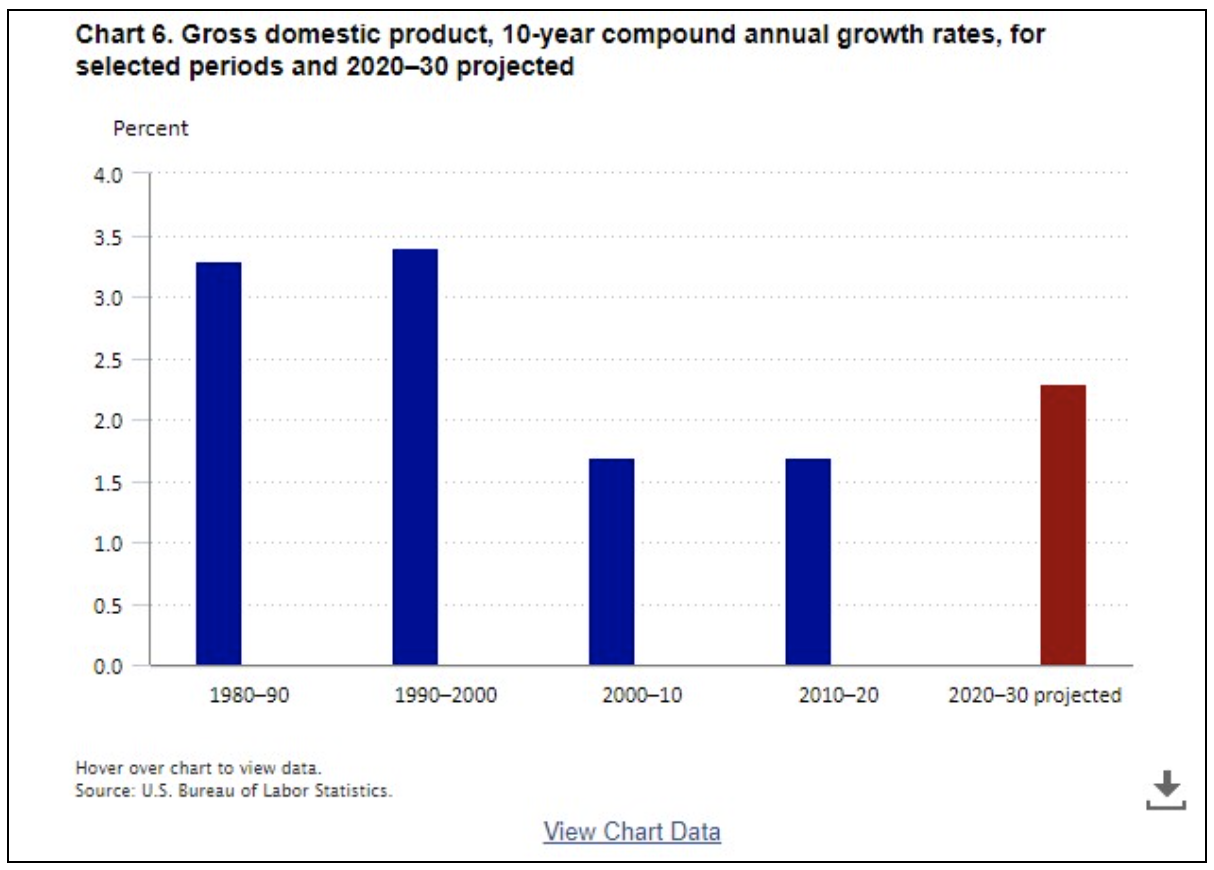 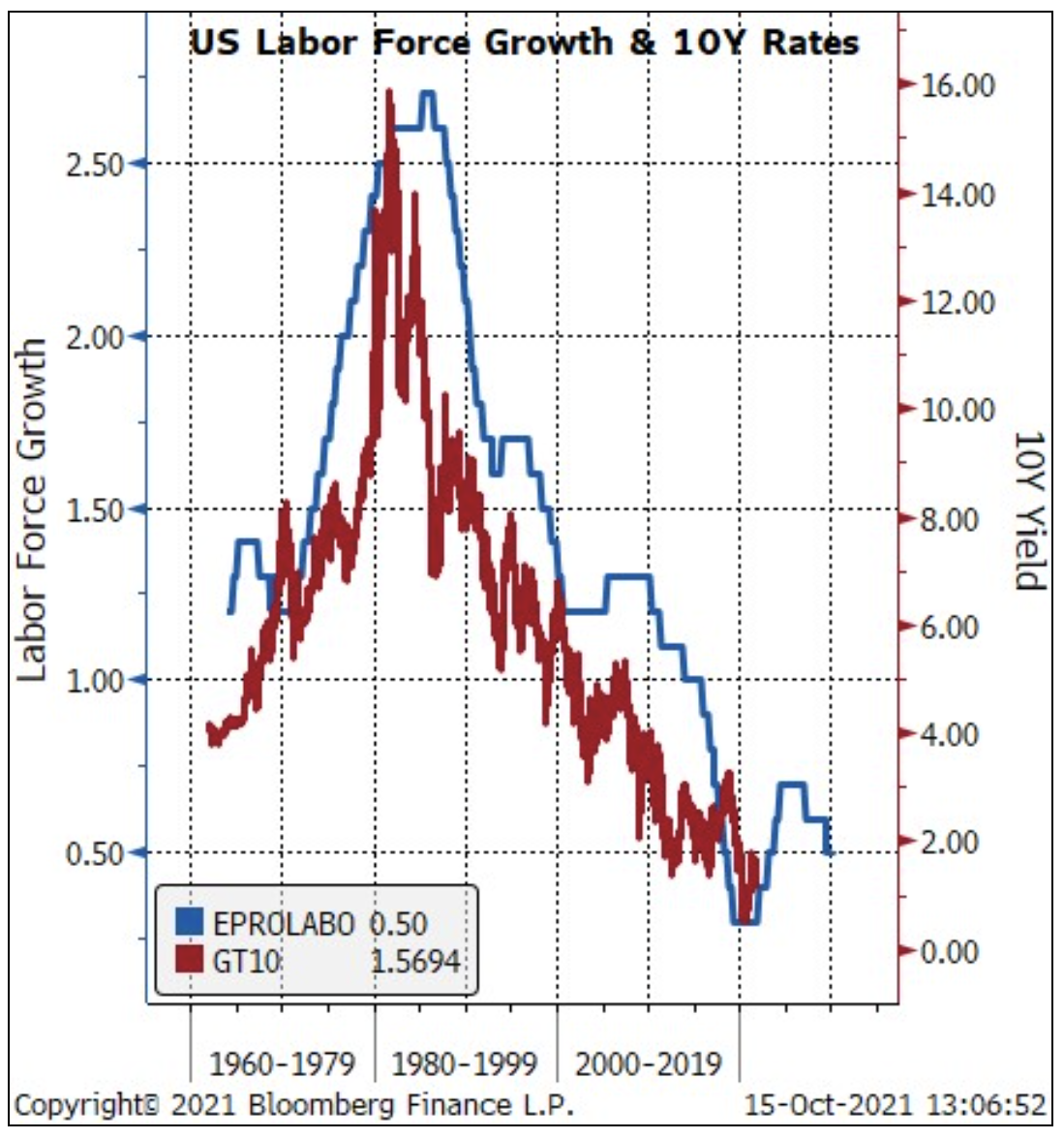 Related: Evergrande is an Isolated China Issue, for Now