Who Listens to Elon Musk For Investment Advice

Elon Musk recently made his debut as a host for Saturday Night Live (SNL) and his performance had an impact on the cryptocurrency market.  Dogecoin was trading at almost 70 cents prior to Musk’s appearance on SNL.  During the show, Musk poked fun at dogecoin calling it a “hustle”, causing the cryptocurrency to plunge to approximately 44 cents on Monday.  Last week, Musk tweeted out asking if Tesla should accept dogecoin, causing the currency to increase to over 50 cents. https://www.cnn.com/2021/05/11/investing/dogecoin-price-elon-musk-snl/index.html Clearly, someone is listening to Elon Musk?  Who is that? 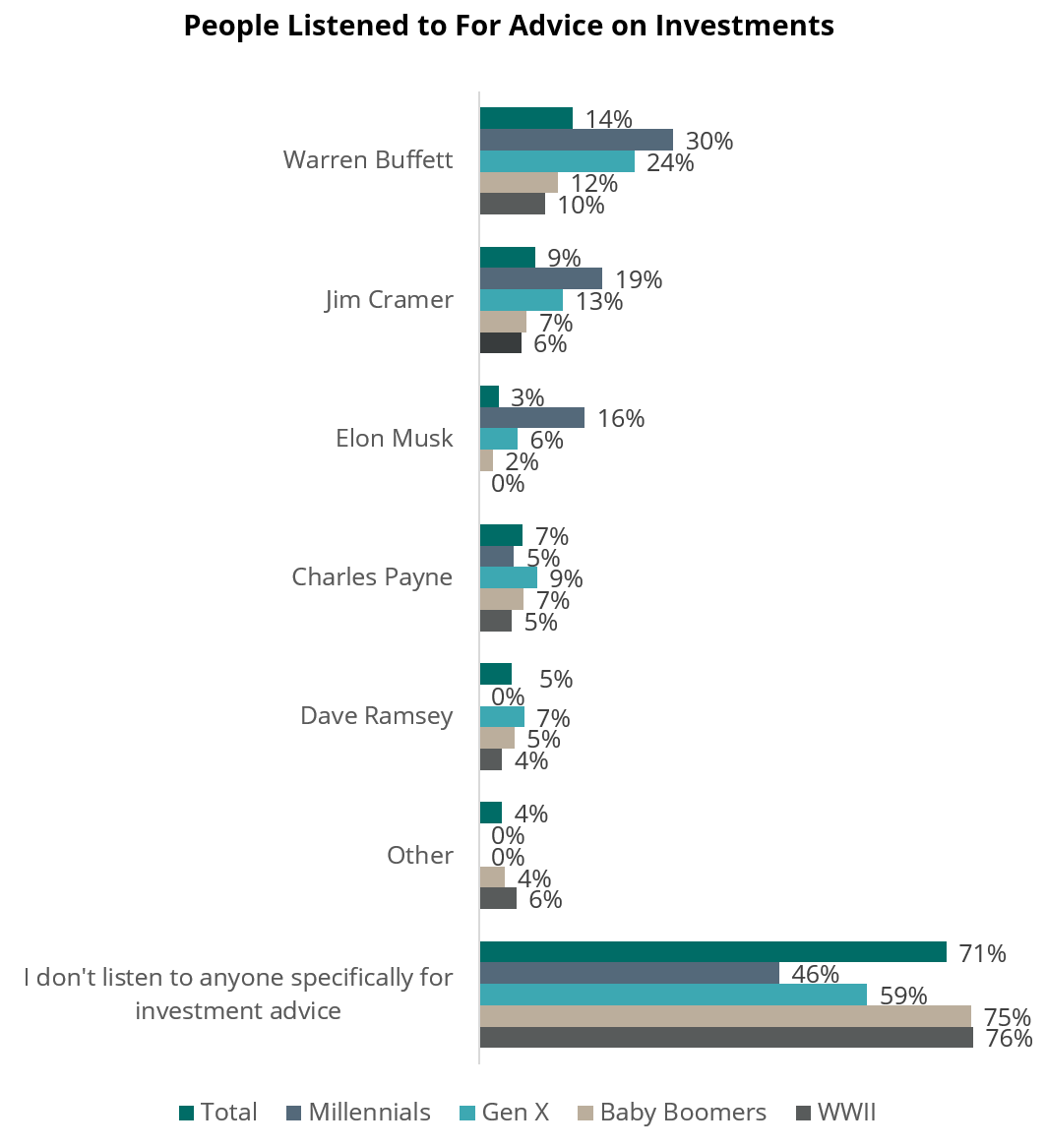 Thus while Elon Musk’s appearance on SNL may be considered a laughing matter, his impact on dogecoin and maybe even other investments, has a punch ……especially for younger investors.