Does the Social Class You Were Born Into Still Impact Wealth?

One of the fundamental beliefs of the American Dream is that if you work hard, you can become wealthy.  While that is true for many of the Millionaires and Ultra-wealthy households Spectrem has interviewed over the decades, the number of households that become wealthy due to inheritance has increased substantially in recent decades.  When Spectrem first began in-depth research wealth, only 8-10% of individuals became wealthy due to inheritance.  Younger generations are much more likely to attribute their wealth to inheritance than those in the past. 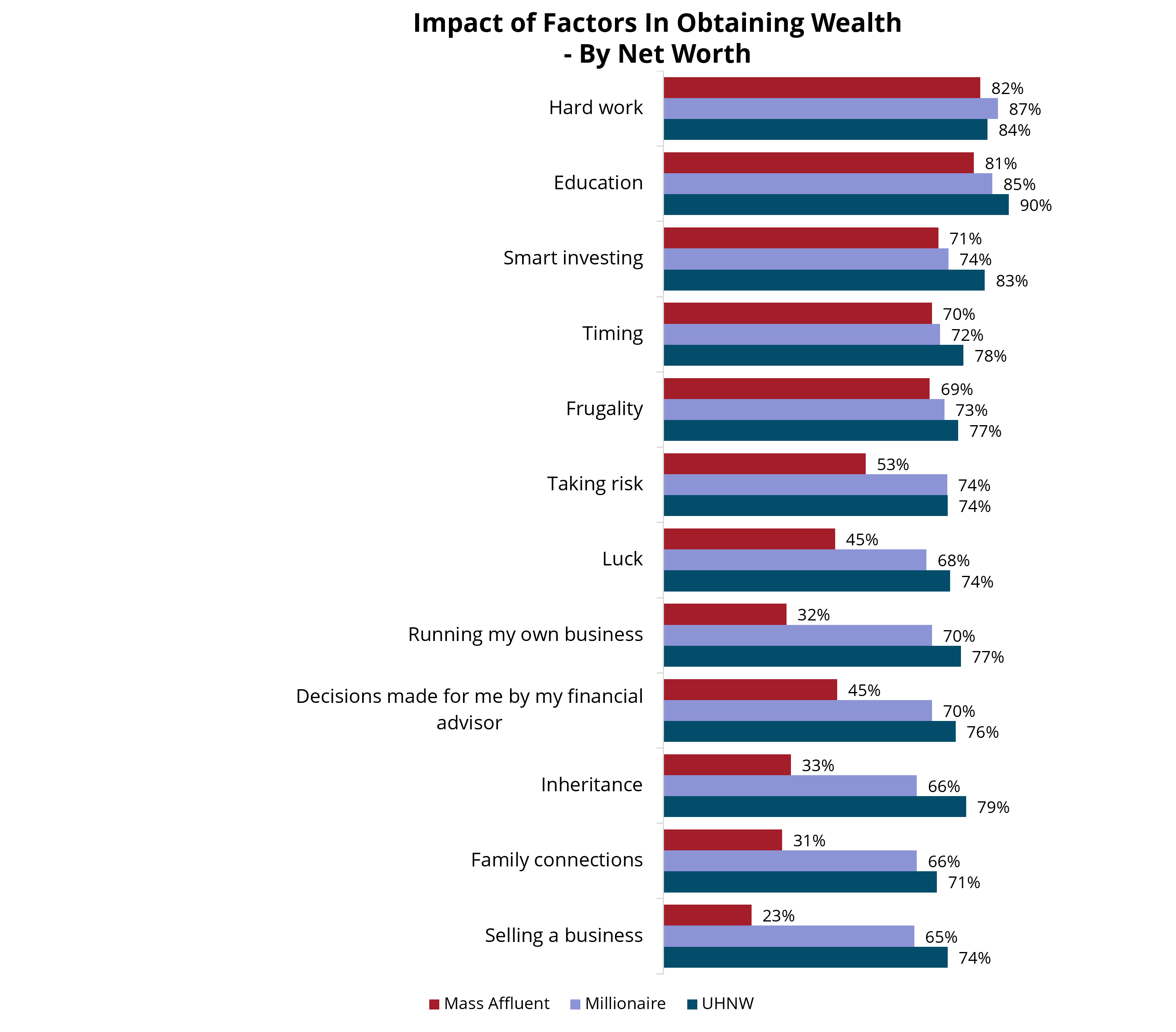 It’s also important to note that wealthier Gen X and Millennial investors with more than $1 million of net worth are more likely to attribute “running my own business” as part of the factors in obtaining their wealth.

While working hard remains one of the fundamental factors in achieving wealth, some Gen X and Millennials today are more likely to count Inheritance as a way to becoming wealthy.

Related: Do Providers of Wealth Management Have Greater Share of Wallet?