Are Investors Changing Advisors in the Recession?

This past year has not been a very positive one for the stock market or the economy, resulting in the US entering a recession. These challenging times can often cause investors to examine their investments more closely and want to become more involved in the daily management of their investments. It can also cause investors to examine the relationship they have with their financial advisor and decide to look for someone new, or make the decision to hire a new advisor. What investors have already made changes to their advisor since the start of the recession? Are more investors considering firing their advisor? What is causing investors to consider firing their advisor?

Spectrem Group sought the answers to those questions in our most recent research with wealthy investors. Spectrem found that 11 percent of investors have either fired their advisor or hired a new advisor as a result of the current recession. Some investors are far more likely to have made a change in their advisor than others. Age, wealth and occupation all significantly impact how likely an investor is to have decided to make changes to their financial advisor during this time.

This time period will continue to be one of change, both economically and with regards to what professionals’ investors choose to work with. Making changes to advisors can be complicated so investors should make certain that a change is something they need to do before moving forward. 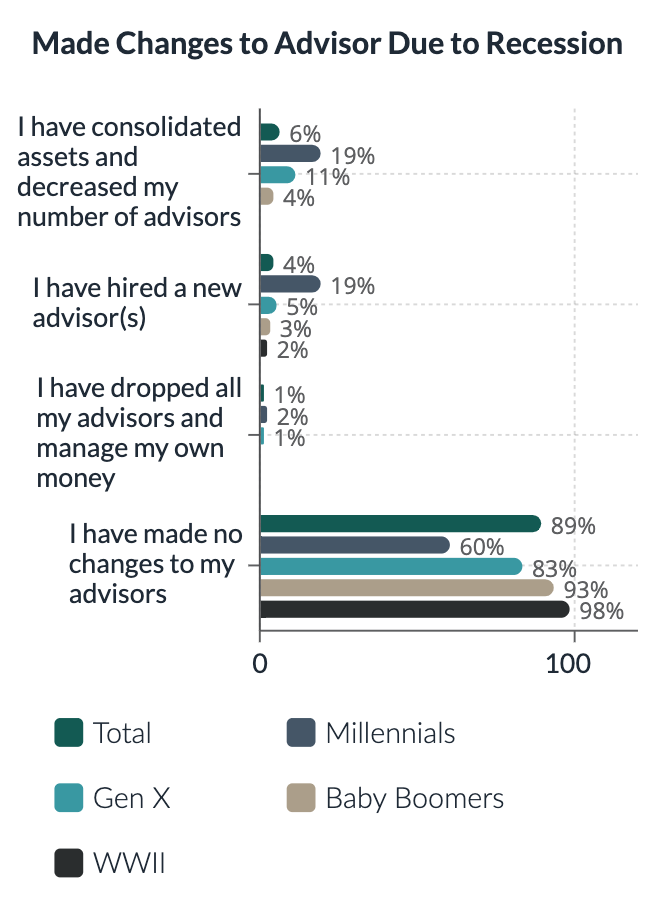 Related:  The Connection Between Family Nationality and Financial Matters