This Is When Risk-On Returns

Uneventful S&P 500 session, seemingly – and then the selling came. 4,550 barely held and the bond markets aren‘t looking favorable to the bulls. Ultimately, Treasury traders had the last word, snuffing hitherto positively mediocre HYG performance. The dollar didn‘t move much, and as I summed up in the intraday update, risk-off reigned supreme across many assets.

The prior mentioned 15 level in VIX held, and we‘re treated to higher volatility now – breaking the 4,550s on a negative earnings surprise (expectations as to forward guidance are quite high, and yesterday‘s selling driven presumably by instituitional players doesn‘t bode well), wouldn‘t be unimaginable – so, I took open long profits off the table.

I would like to see yields increasing again, and the yield curve not to be flattening anymore – positive sign thereof would be commodities rising again together with a fresh upswing in inflation expectations after the prior two down days. Such a move would also exert pressure on the dollar, and the high beta stock market sectors with commodities and precious metals would spring to life again.

All in all, it looks like we‘re undergoing a soft patch, squaring of bullish bets before the coming Fed Wednesday. Would taper though mark the end of the commodity or precious metals superbull? Hardly. Remember that fresh money isn‘t needed to repair banks‘ balance sheets now, but flows directly into financial markets that are still most attentive to the money spigot.

Cryptos are already recovering from yesterday‘s setback, joined by copper bucking the energy downswing, which in spite of the surprise build in oil inventories or Russia riding to Europe‘s natgas rescue, would likely prove temporary. 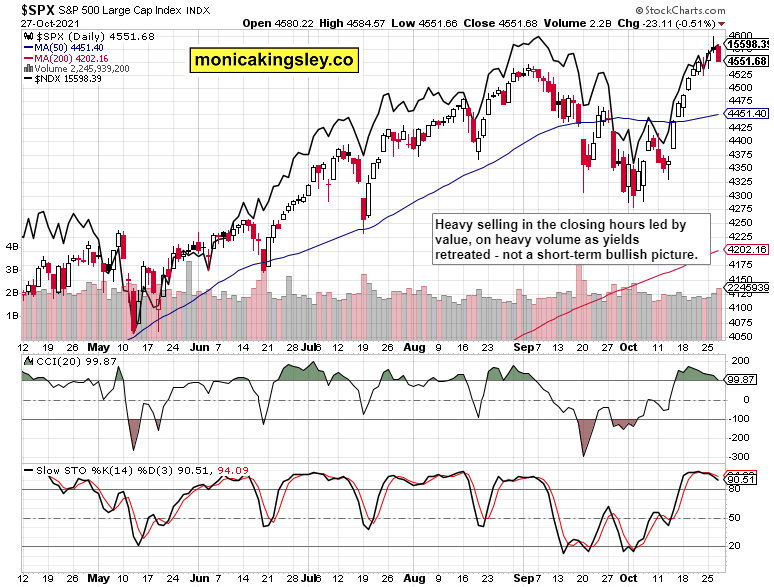 S&P 500 setback stopped at a critical level, and it‘ll be shortly decided whether at least somewhat lower prices would arrive – look to credit markets for clues.

The day ended with carnage, and not until HYG overcomes yesterday‘s open, can the bulls feel more confident. Not yet out of the danger zone, but it would be worse should the volume be higher.

Gold buyers timidly stepped in, and an upswing in the miners to confirm, is what we‘re waiting for. Lower yields are here, and a fresh commodities upleg (focus is on the copper turn), would help as much as a fresh dollar setback. 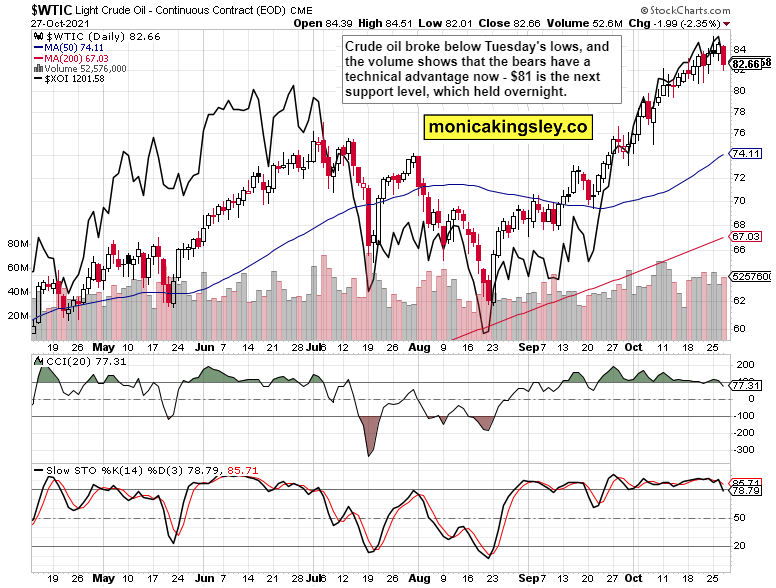 Crude oil bears are sniffing out opportunity, which would be invalidated with a return to the mid $83 zone. Until that happens, get ready for drawn out and tiring moves for the bulls. The energy crunch isn‘t over, and the U.S. economy can and will have to withstand even higher prices. 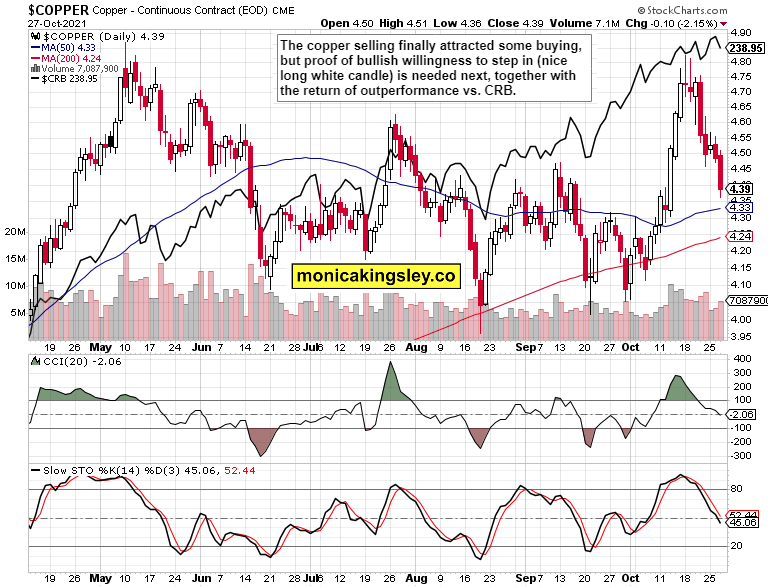 Copper steeply declined, a bit too much over the last 1+ week given the CRB Index performance – a corrective upswing looms, but has to decidedly overcome 4.55 to flip the short-term outlook to bullish again. 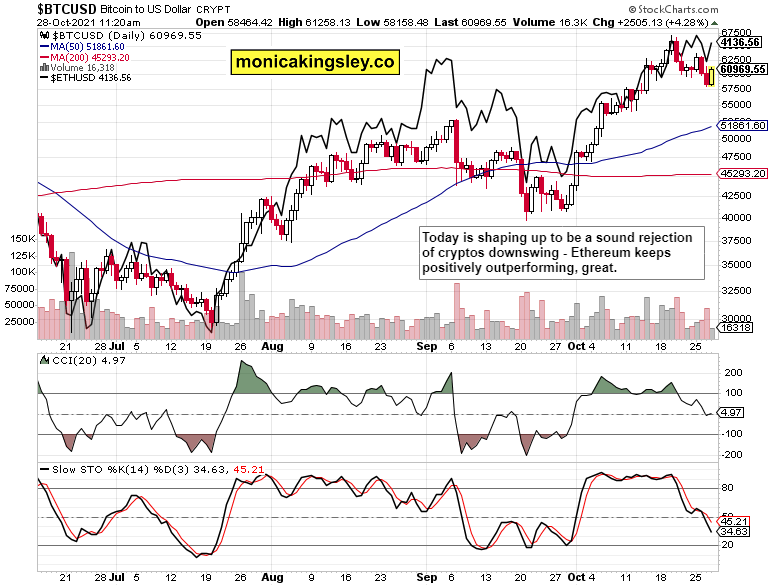 The Bitcoin and Ethereum bulls are at it again, and lower crypto prices are being rejected – that‘s an encouraging sign going into the Fed next week.

Stocks aren‘t likely to fly today as yet another (this time) annualized GDP reading came in at merely 2.0% – with rising input costs from materials to labor, the stock bull run needs to be supported by more positive earnings news. Treasuries are signalling caution ahead, which however shouldn‘t sink either commodities or precious metals. Look for the dollar first to signal weakening of the risk-off positioning.