S&P 500 with pretty much everything else surged as the Fed didn‘t turn too hawkish. Predictably. The day of reckoning is again postponed as the central bank effectively kicked the can down the road by not getting ahead of inflation. Taper done by Mar 2022, and three rate hikes then, doesn‘t cut it. This illustrates my doubts about serious inflation figures to still keep hitting (hello latest PPI), and above all, their ability to execute this 1-year plan. If you look under the hood, they don‘t even expect GDP to materially slow down – 4.0% growth in 2022 with three hikes against 3.8% actual in Q3 2021 on no hikes. Something doesn‘t add up, and just as the Bank of England raising rates to 0.25% now, the Fed would be forced to hastily retreat from the just projected course.

Yesterday‘s expectations panned out to the letter:

(…) Still, I‘m looking for the Fed to be forced during 2022 to abruptly reverse course, and bring back the punch bowl. Treasuries look serene, and aren‘t anticipating sharply higher rates in the near term – not even inflation expectations interpreted higher PPI as a sign that inflation probably hasn‘t peaked yet. This isn‘t the first time inflation is being underestimated – and beaten down commodities (with copper bearing the brunt in today‘s premarket) reflect that likewise. Only cryptos are bucking the cautious entry to the Fed policy decision, and decreasing liquidity, in what can still turn out as a lull before another selling attempt.

I think that the overly hawkish Fed expectations are misplaced, and that the risk-on assets would reverse the prior weakness – both today and in the days immediately following, which is when the real post-Fed move emerges. Odds are that it would still be up across the board. Yes, I‘m looking for the Fed speak to be interpreted as soothing – as one that would still result in market perceptions that the real bite isn‘t here yet, or doesn‘t look too real yet. Big picture is that public finances need inflation to make the debt load manageable, and that ample room to flex hawkish muscles isn‘t there (as retail data illustrate).

Markets are interpreting yesterday as the punch bowl effectively remaining in place, and crucially, copper is participating after the preceding weakness. The metal with PhD in economics has been hesitating due to the darkening real economy prospects even though manufacturing data aren‘t a disaster. Consumer sentiment isn‘t though positive, and inflation expectations among the people aren‘t retreating as much as bond spreads would show. The red metals is balancing out the economic prospects in favor of participating in the renewed rush into commodities – the super (let alone secular) bull run isn‘t over by a long shot. Stockpiles are tight, and whatever the odds of the infrastructure bill being passed any time soon, copper isn‘t budging. That‘s great for real assets across the board. 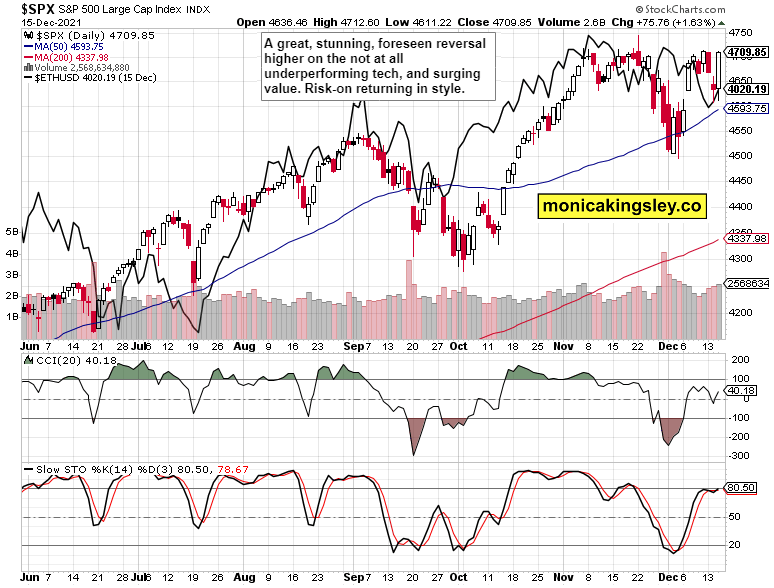 S&P 500 reversal is to be trusted, and the advance was very solidly taken part in. With not too much willing sellers, the advance will likely moderate today, but still continue. The bull hasn‘t topped, has been my thesis for weeks.

HYG celebrations are ushering in the next risk-on phase – credit markets are confirming. The too hawkish Fed worry is in the rear view mirror, and many assets can run once again, the time is still right.

Precious metals downside was indeed limited, and the solid upswing I called for, materialized. Now, let‘s wait for the reaction of this catalyst with more inflation, for the juiciest results… 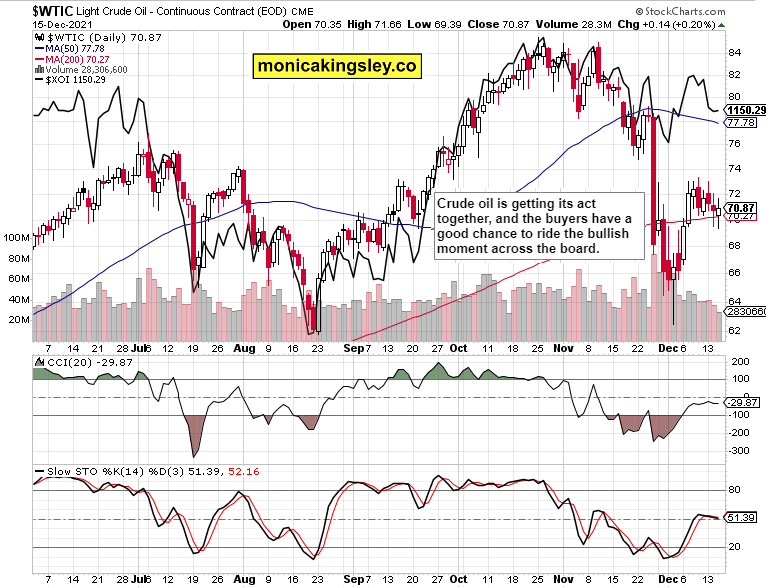 Crude oil is once again readying the upswing – the conditions are in place for $72 to give in shortly. Similarly, oil stocks haven‘t peaked, and are merely consolidating. 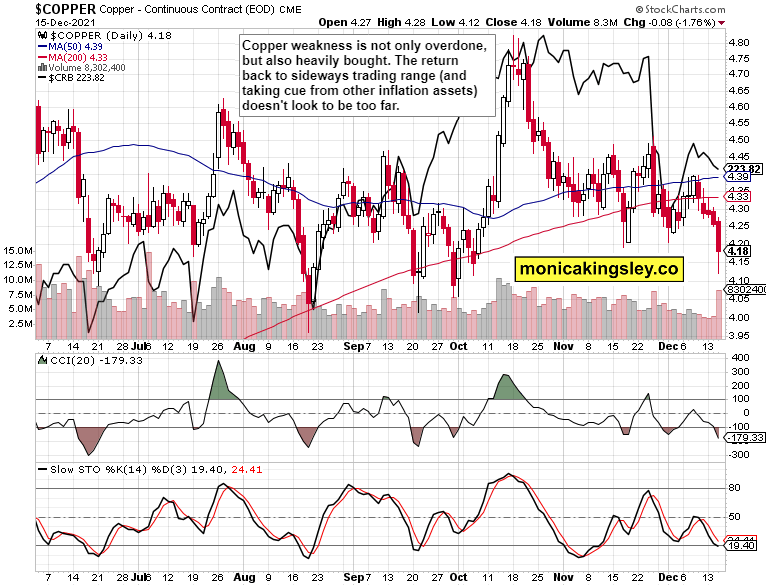 Key vote of confidence is coming today from copper – the red metal would very willingly participate in a fresh commodities upswing. It‘s been ushered in already, actually. 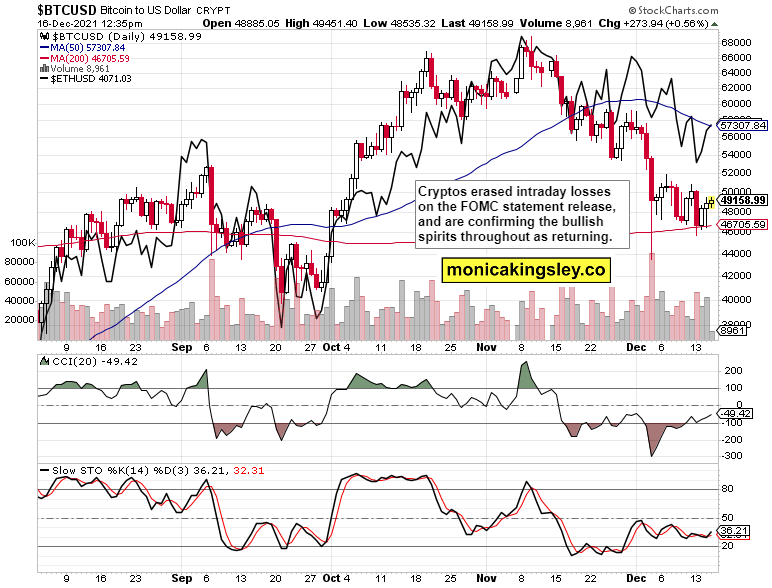 Bitcoin and Ethereum look to have found the bottom as well – what kind of corrective pullback would we get? I‘m not looking for one overly deep and testing yesterday‘s lows.

Bears have thrown in the towel, and rightfully so – another instance of the Fed crushing the puts. Being between a rock and a hard place, with midterms approaching, infrastructure bill birthing troubles, the central bank‘s room to act isn‘t really too large. FOMC has met market expectations, and still remained behind the curve on inflation. On top, I‘m looking for them to have to reverse course during 2022 – I‘ve argued the case macroeconomically in the opening part of today‘s report. Back to the inflation trades – long live real assets and the not yet having topped S&P 500 (don‘t look at me, Russell 2000)!