That Was a Strong Jobs Report?

While many seemed to focus on the basics of the employment report like average hourly earnings (which don’t take into consideration industry mix shifts among the employed) and the payroll job beat for the month, there is one very important variable that revealed the weakness in last month’s jobs report.

Let’s start with the pieces. There are 131 million workers on private payrolls. 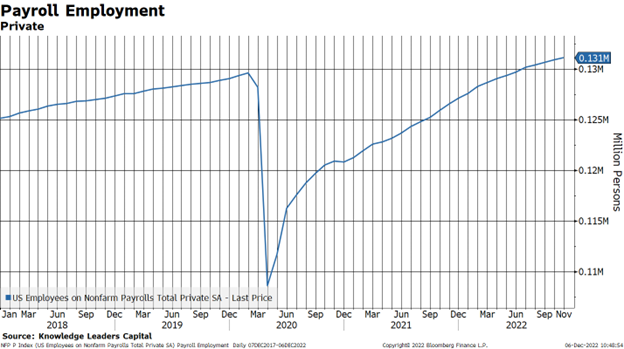 They worked on average 34.4 hours/week, down from 35 hours at the start of the year. 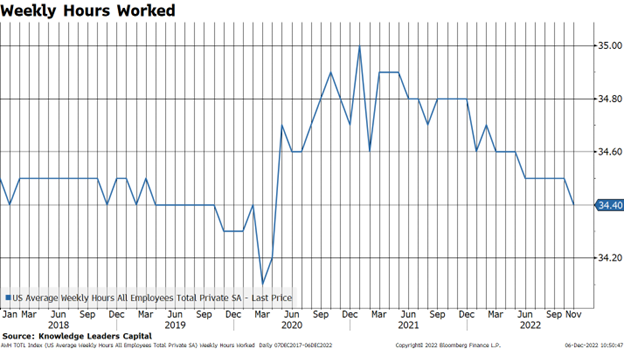 Focusing on aggregate hours worked, we can see that the index has been decelerating all year, down to a 2.4% year-over-year change. 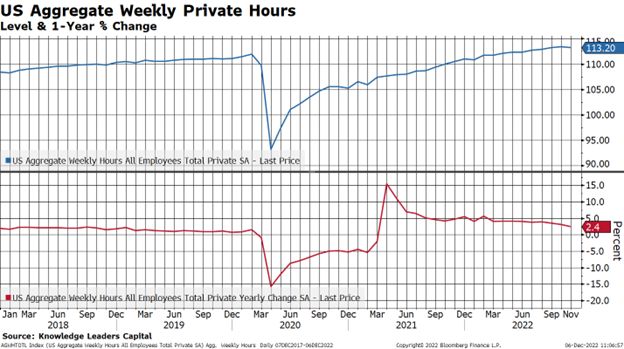 Focusing in on just this year, it is the second month this year where the month-over-month aggregate weekly hours worked declined, falling .2%.

They rebounded in February from January’s drop, but then again fed funds were still 25bps and the Fed was still engaged in QE. Given rates are now 4% and the Fed is engaged in QT, I don’t ascribe high odds that aggregate hours bounce back next month. Moreover, October saw an explosion in Challenger job cut announcements, going from roughly 35,000 in October to 76,835 in November. 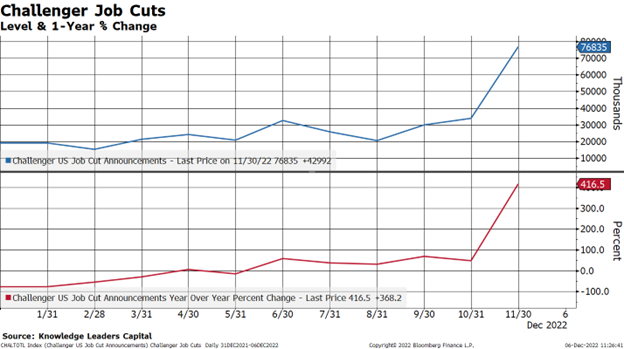 The bond market appears to be sniffing out this inflection in labor market conditions. 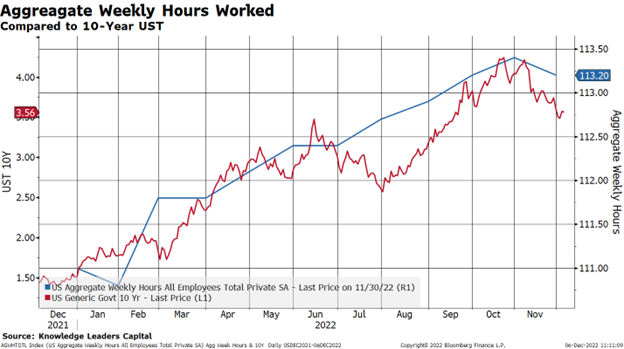