All living creatures are biologically self-interested. We are programmed to prioritize our survival. Therefore, we don’t usually make bad decisions on purpose. Nevertheless, mistakes happen and poor decisions will be made now and then. But, is there a way to limit or even stop making bad decisions? 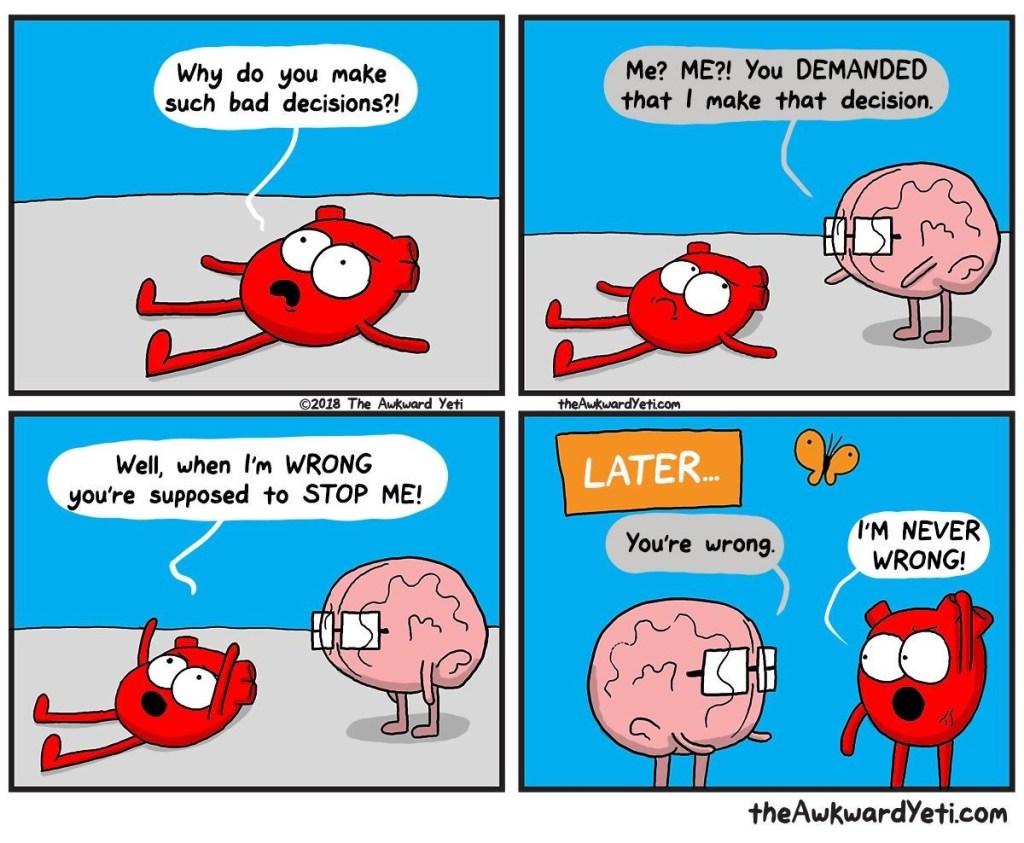 When it comes to analysis, the topics that dominate the conversation are: sampling, statistics, and accuracy. This is where things can go wrong because the process of measuring needs to be reviewed—not just the results. In other words, we think we are making a good decision based off of accurate data when, in fact, we are making an uninformed decision based off a faulty measurement process.

For example, let’s say a child wants to go on an amusement park ride that has a minimum height requirement. The ride attendant measures the child and the results say he/she is tall enough so the child is allowed to ride. This seems like a good decision until we learn that the measuring stick was in feet instead of meters. So, the decision was actually based off wrong information and, as a result, the child’s safety is jeopardized.

If we are to stop making bad decisions, we need to study the following are issues that affect the measuring process:

This is one of the biggest problems when gathering data as we try to stop making bad decisions. Confirmation bias happens because we (consciously or subconsciously) want to support our own views or predictions. As a result, our preconceived ideas restrict fair analysis. For example, most people judge a presentation within 90 seconds based almost entirely on appearance rather than content. 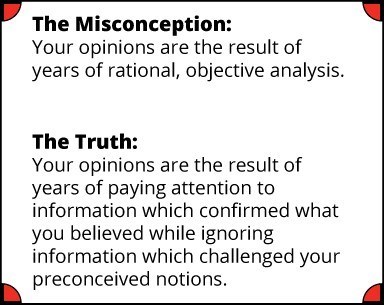 Confirmation bias can also be a result of efforts to simplify the decision process. For example, doctors and other professionals frequently make early hypotheses and seek evidence to support that diagnosis. While that approach can be effective, it ignores contrary information.

We need to recognize and reduce our “tunnel vision” by working to stay curious, exploring opposing views, and truly listening to what others think and why. This can help us see things from another perspective more clearly.

It’s also noteworthy to mention that how we explain our success or failure is often a byproduct of confirmation bias. No one likes to accept poor results or defeat. Therefore, when we lose, we often attribute it to unfair conditions or make up some other excuse. However, when we win, we chalk it up to our great skills and valiant efforts. This is a biased way of thinking and one that we should all keep in mind when analyzing results.

We frequently mix measurement components. There’s a famous story about a young man who visited the Museum of Natural History. He asked the guard how old the tyrannosaurus rex was and the guard told him it was sixty-five million and thirty-eight years old. The boy then asked how he knew that. To which, the guard replied, “The skeleton was estimated to be sixty-five million years old when I started to work here and I have been here thirty-eight years.” Obviously, two methods of measurement were used and combined to get a very specific, but most likely, inaccurate number.

How data is presented also affects how it is interpreted. For instance, if you attach a number to a concept, it will be believed more. There is even a concept called “Potemkin Numbers” (or Potemkin Village) that exemplifies how made up numbers can enhance belief in an idea.

Relativity can also sway measurement perceptions. For example, the perception of numbers can vary based on presentation as an absolute number, percentage or ratio.  Additionally, charts are frequently scaled to show the most or least degree of change, depending on the goal of the people presenting the information. In short, the method of measurement and the manner in which results are revealed can play a huge role in the accuracy of data (and/or the interpretation of that data).

Sometimes we ignore the information needed to make good decisions. This could result in focusing on the wrong customers or choosing the wrong branding information. Paying attention to the appropriate information is critical. For example, ignoring safety or customer service in today’s environment can destroy a great business. On the other hand, providing clientele with a sense of confidence during a pandemic can greatly enhance effectiveness. (Many companies attempted to do this right away—we all got an abundance of emails from businesses assuring us that they were taking all the necessary precautions to keep customers safe during this uncertain and scary time.)

In general, we understand what risk is, but measuring it can be as uncertain as the risk itself. For example, we frequently categorize risk as high, medium, or low with literally no definition of what that means. As a result, people have quite different definitions of those terms if not given clear parameters.

Cause and effect is a highly misused concept. Just because factors seem related does not mean they are a result of cause and effect. For instance, it is clear that poor living habits can contribute to poor health. However, that does not mean that factors such as injuries, the environment, heredity, etc. can’t also play a role in poor health. Therefore, you cannot conclude that poor living habits exclusively cause poor health.

Inadvertent decisions can also stem from confusion. A key strategy of large law firms is to overwhelm poor plaintiffs with as much information as possible. Planning can reduce confusion and may help us stay focused, but we are repeatedly warned that too much planning can disrupt the creative process. The point being: long and short-term goals, profit versus growth, and qualitative goals (like happiness) can all affect our perceptions, which play a role in our decision-making. Knowing where you want to end up will help you make good decisions to get you there (while still giving you some freedom in the process of how you’ll achieve that destination). In other words, it will you you stop making bad decisions.

Perceptions and inherent patterns can also cause inadvertent actions. Recently, social scientists have focused on how we make seemingly obvious decisions. For example, we tend to be risk adverse, avoid change, and accept the most comfortable alternatives. So, while bad decisions can be changed at any time, we frequently avoid, delay, or defer change. So, while we know eating unhealthy is bad for us, making the shift to buying organic foods and incorporating new, nutritious recipes might feel overwhelming and, as a result, we put off making the good decision to improve our eating habits.

Analysis, statistics, and data are important aspects of decision-making. However, we also need to acknowledge that the parameters, method of analysis, misinformation, presentation, and bias can greatly alter results and data. A simple tool to help avoid these pesky issues: Include a “devil’s advocate” in your decision process. Just taking a quick moment to look at things from a different perspective can help you see clearly… maybe it debunks your theory or, perhaps, it strengthens your convictions. Either way, you (and your decisions) will be better for it. Stop making bad decisions.

What are you struggling with? Do you have a decision you’re wrestling over? Want to learn more about how to stop making bad decisions? Has a bias affected your outlook? Whatever obstacles you’re facing, I’d love to discuss options to improve your business.

Related: What You DON’T Know May Be More Important Than What You DO Know