It’s interesting as I found two studies over the past few days that show Dogecoin and shiba Inu coins are the most popular on the net, beating bitcoin. Both reports were analysing Google Trends for searches, not acutally buying or use of crypto. Even so, the reports prove to be interesting.

The first report – actually there are two of them – focused upon which were the most googled cryptocurrencies in Europe and America. 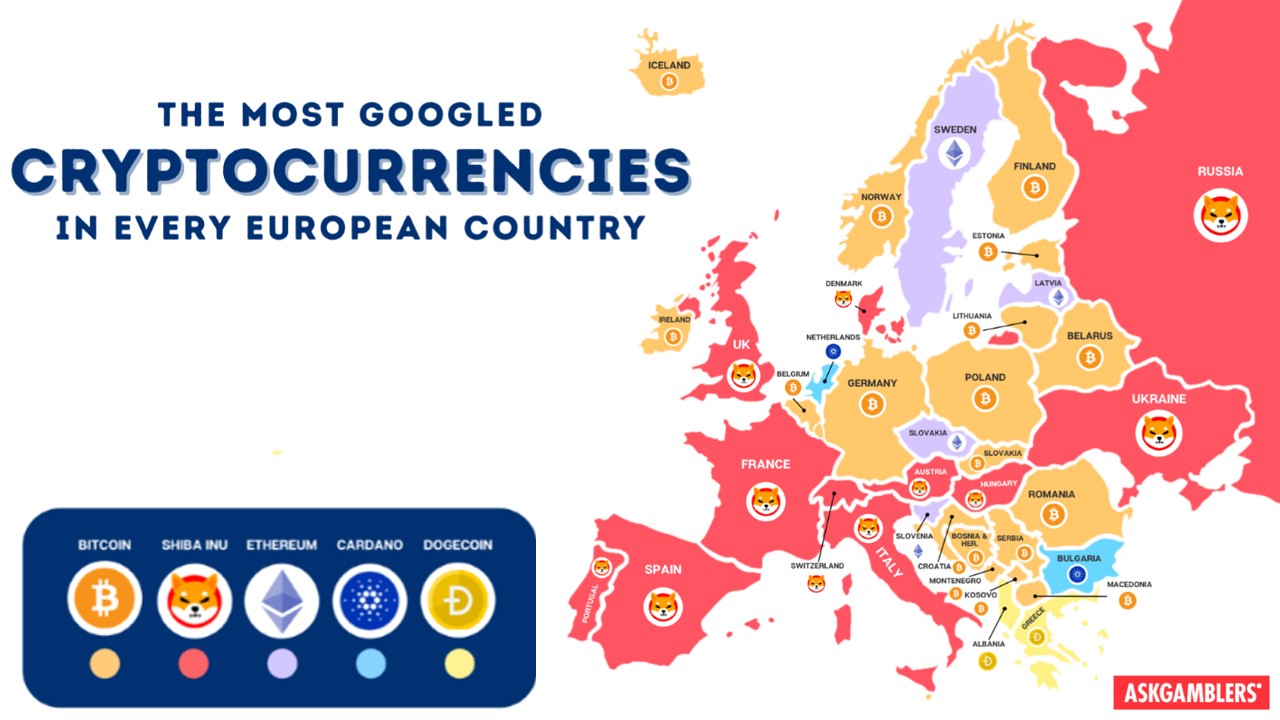 While bitcoin (BTC) was the top crypto across Europe, shiba Inu (SHIB) is the most popular cryptocurrency in the U.K., according to the researcher’s collected Google searches. The meme token SHIB saw a significant increase in popularity during the last 12 months. The study’s findings show SHIB commands six different countries and the United Kingdom. In fact, SHIB is huge in Russia, France, Spain, Ukraine, Italy, Hungary, and Switzerland, in terms of searches.

Additionally, ethereum (ETH) was the third most popular in the study capturing interest from Sweden, Czechia, Latvia, and Slovenia. Then cardano (ADA) held the fourth position in terms of GT search data, as Andorra, the Netherlands, and Bulgaria showed a lot of interest in ADA. With dogecoin (DOGE) being the most popular in the U.S., it is the fifth in Europe as the meme crypto is popular in Albania and Greece.

In the U.S. research study*, shiba inu (SHIB) only captured seven states across the country. Dogecoin was named the leader in that study as DOGE was the most popular in 23 states in the U.S., in terms of GT searches. SHIB’s popularity in the U.S., according to the data in that specific report, was ranked the fourth most popular crypto in the country.

Interestingly, and contradictorily, the other study found that Dogecoin is the most popular Google search in the UK.

The analysis revealed that Dogecoin had the highest number of regions wanting to invest in the cryptocoin with a total of five regions, including Yorkshire, East Midlands, West Midlands, East and South West. The rise in interest can be partially attributed to the endorsement of Elon Musk who stated in 2021 that Tesla would accept Dogecoin as a form of payment.

Bitcoin was the second most popular, when adjusted for population, with two regions searching to invest in Bitcoin more than any other cryptocurrency, including London and North West.

Litecoin was the third most popular, capturing the most interest in two regions; South East and North East.

The two runner-ups were Cardano and Monero. 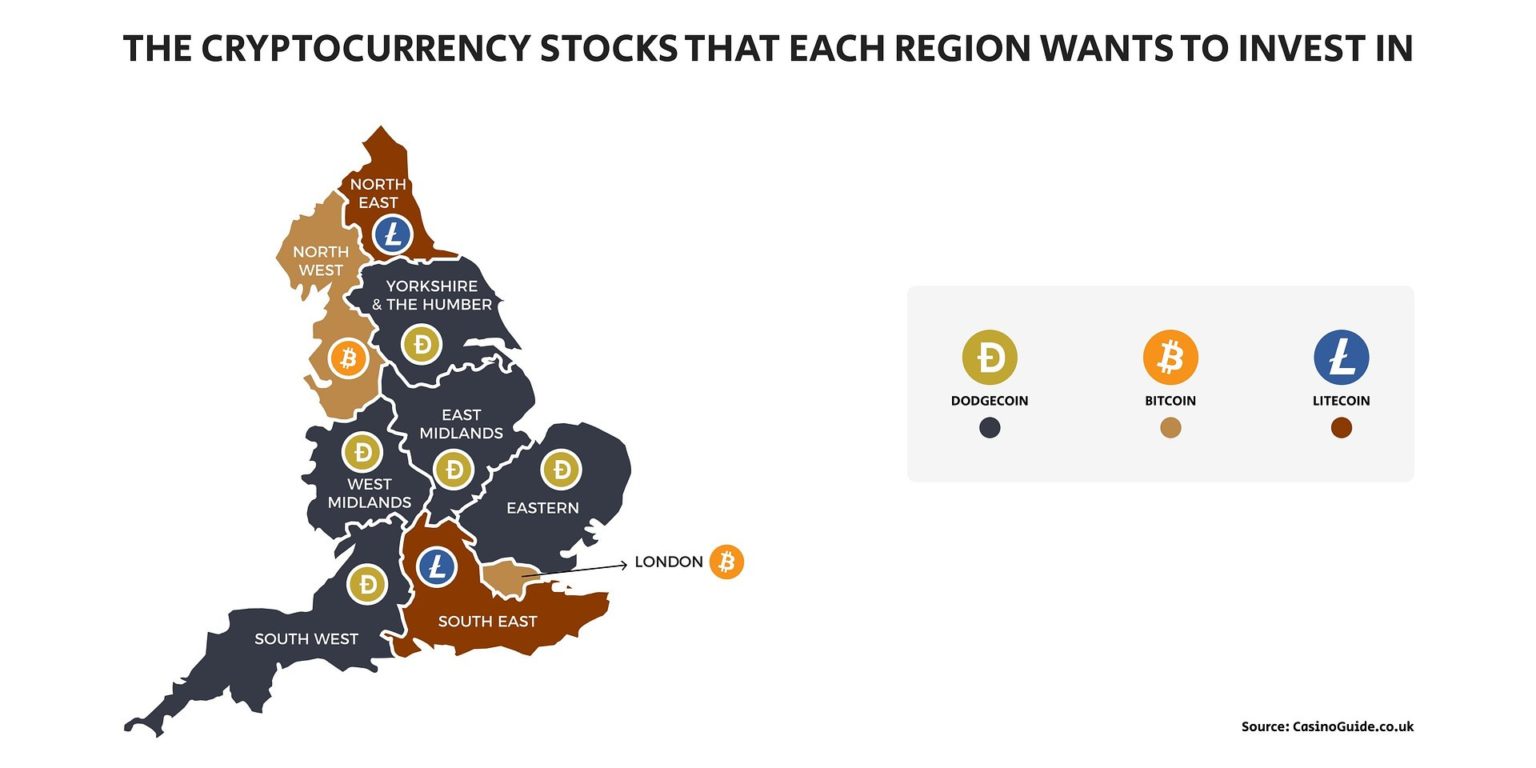 Most revealing is who conducted the research.

The first study was by askgamblers.com.

“With 38 million crypto users in Europe, and thousands of cryptocurrencies on the market to choose from, it is fascinating to see which one people are the most interested in investing in,” a spokesperson from askgamblers.com told Bitcoin.com’s newsdesk. “Although bitcoin is the most popular overall, the interest in shiba inu has grown to surpass bitcoin in major countries such as Russia and the U.K.”

The second study was by CasinoGuide.co.uk:

“This study found that Dogecoin is the most popular cryptocurrency on the internet, surpassing Bitcoin. With more than 18,000 cryptocurrencies available globally, it is interesting to see that the currency with the least value is still the most sought after.”

Is someone saying that cryptocurrencies are actually not currencies at all, but just gambling** …

Related: The Crypto Crept in and Is Not Creeping Out

* The US study was by Coin Insider

** Implication is that crypo is investing and all investing is gambling, which is why I will add this disclaimer

The value of an investment may go down as well as up and you may not get back the money you invested. It should not be assumed that the value of investments always rises. You should ensure that you have the financial capacity to bear the risk and only invest an amount you are willing to lose.