Another Day in Cryptoland: The Failure of Celsius

I don’t write often about the Wild West cases of Cryptoland – well, I do actually – but this latest one is a pearler so, here we go!

I’m adding this to the ten (no, twenty, thirty, forty, hundred or more) cases of bad actors in the Cryptoland. In this case Alex and Krissy Mashinsky, a husband and wife team who, in 2017, created Celsius.

Who? What? What’s going on Chris?

Well, since the summer, Celsius has been rocked.

It came to my attention following Simon Dixon, a crypto friend who focuses on this space and who spoke at my events back in 2013, started regularly tweeting about Celsius. This is because Simon got wrapped up in all of this as a significant Celsius investor. From Blockworks:

Simon Dixon, CEO of prominent Celsius investor BnkToTheFuture, said this morning that he secured up to $6 billion in investor liquidity to solve Celsius’ liquidity woes — only to watch the deal fall apart after Celsius refused to show its financial records to potential investors.

“The only reason you wouldn’t pursue [a lucrative round of investment] is there’s something else going on.”

He was right, but then he does know what he’s talking about. As a former investment banker, he’s spent the last decade being committed to talking crypto, and has become a wise voice in this desert. So, when he started highlighting something dodgy in the Celsius network, my ears, eyes and nose perked up.

What exactly has happened?

It all goes to the crypto crash of 2022. Prices for bitcoin and company are down over three-quarters this year compared to last. As more and more investors sold their holdings – what happened to HODL? – when the price was going down fast. This meant that the exchanges they use came uinder stress, and several restricted withdrawal of funds. But Celsius hit the headlines when they stopped crypto withdrawals.

Celsius paused withdrawals, swaps and transfers between accounts on its platform due to extreme market conditions at that time.

“We are taking this action to put Celsius in a better position to honor, over time, its withdrawal obligations,” the firm wrote in a blog post.

As a key investor, Simon Dixon tried to pull a rabbit out the hat, but the CEO of Celsius, Alex Mashinsky, refused to provide any insights into the company’s accounts and so the rabbit jumped. This created many questions and, within a few weeks, the company filed for bankruptcy protection in July. The company admitted it had a $1.2bn hole in its balance sheet, making it one of the highest profile casualties of the crash in crypto markets.

At the time, it was reported that the company had around 300,000 investors with over $20 billion in crypto assets on the platform. Since then, it’s been a huge argument as to what money lies where and with whom. But Celsius are not alone. There are other exchanges, like Voyager Digital, that also froze customer accounts. In fact, I can count numbers in double-digits and a few, like Celsius and Voyager Digital, have declared bankruptcy since.

Celsius’s issues became totally clear when the “stablecoin” terraUSD failed, wiping out $40 billion worth of market value and dragging down the price of bitcoin. Celsius lost almost $16 million from its investments in luna and terraUSD, but had also lent to companies like the now bankrupt hedge fund Three Arrows Capital ($75 million), according to bankruptcy filings.

The argument over the situation ended this week with Mashinsky’s formal resignation.

“I regret that my continued role as chief executive has become an increasing distraction, and I am very sorry about the difficult financial circumstances members of our community are facing,” Mashinsky said in his resignation letter to the Celsius board.

He still remains a director of the parent company, but effectively has admitted it is the end.

Add this to Voyager Digital, Three Arrows, terraUSD, luna, the DAO, MtGox and more, and no wonder I call cryptocurrencies a Wild West. That’s why I agree with Simon who demands a better regulatory structure in the space. 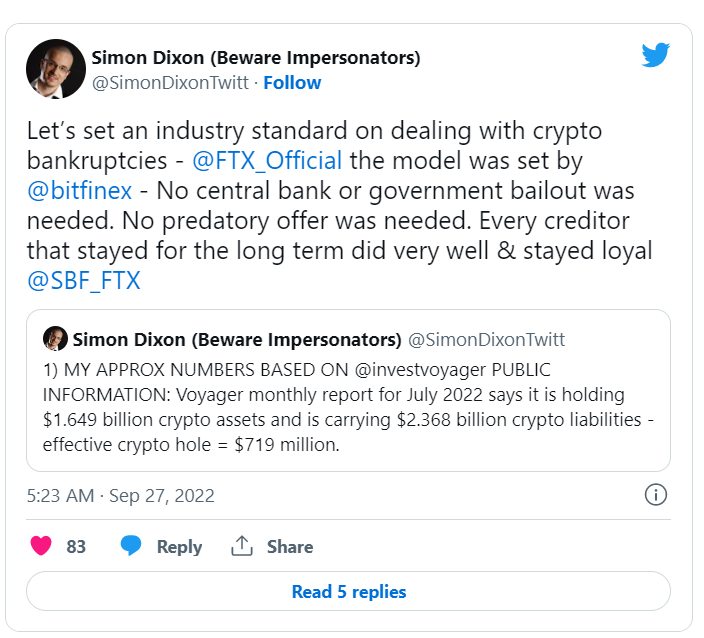 But why is Celsius so controversial? Well, The Financial Times gives the clear view.

First, that they are accused of being a Ponzi scheme. For at least two years before its collapse, cryptocurrency lender Celsius Network operated what could resemble a Ponzi scheme, the Vermont Department of Financial Regulation alleged in a court filing. The filing accuses Celsius of running on fumes long before the crypto winter and “kept its massive losses, asset deficit, and deteriorating financial condition secret from investors”.

It goes further and accuses the company of using its native token CEL to prop up the balance sheet.

The filing then adds another nail in the coffin, stating that Alex Mashinsky repeatedly announced that the firm had robust health even as it was booking “catastrophic losses”.

But the real hurt lies with what Krissy Mashinsky is up to. The strapline of Celsius was to unbank yourself, and Mashinsky appearing often in t-shirts saying things like banks are not your friends. 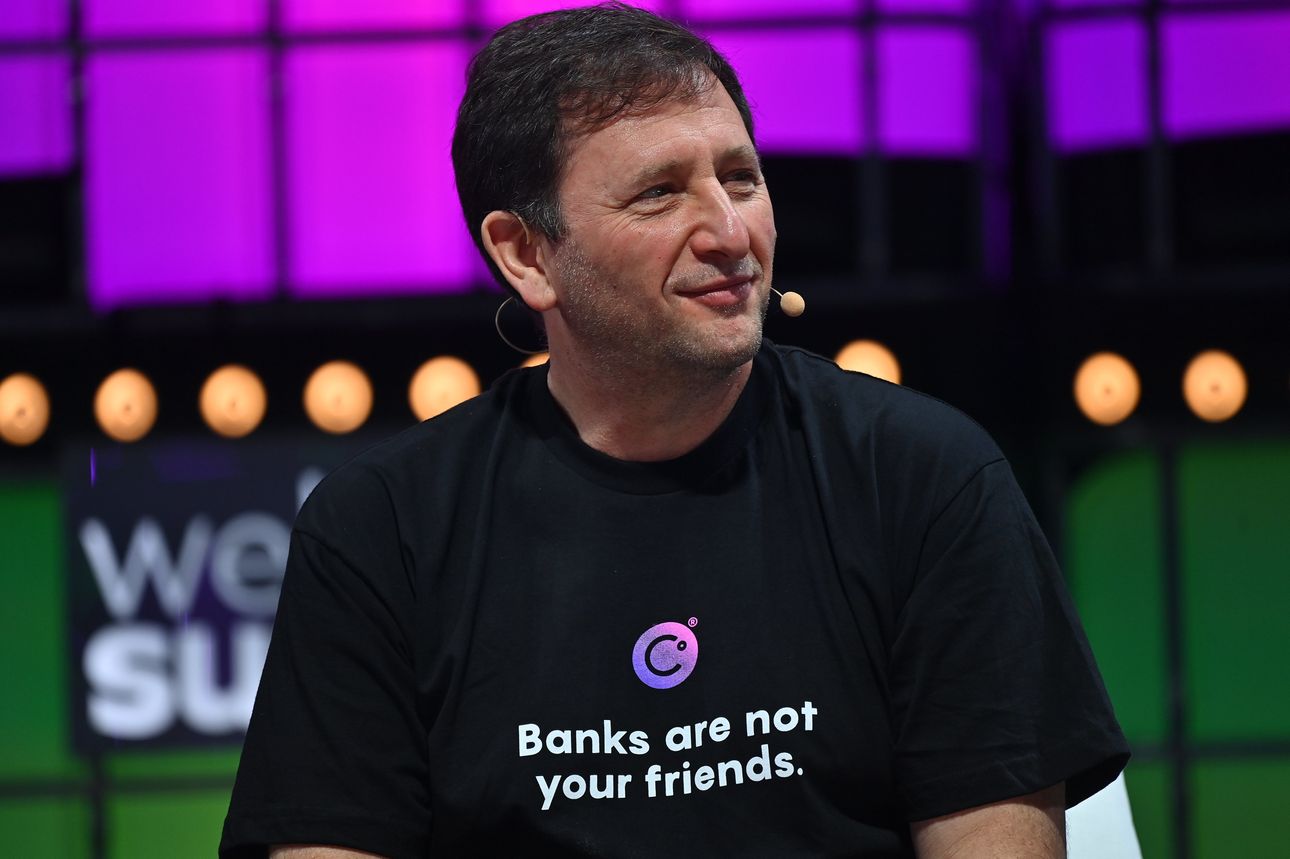 Now his wife is selling t-shirts saying unbankrupt yourself. Heartless witch or another word that rhymes with it. 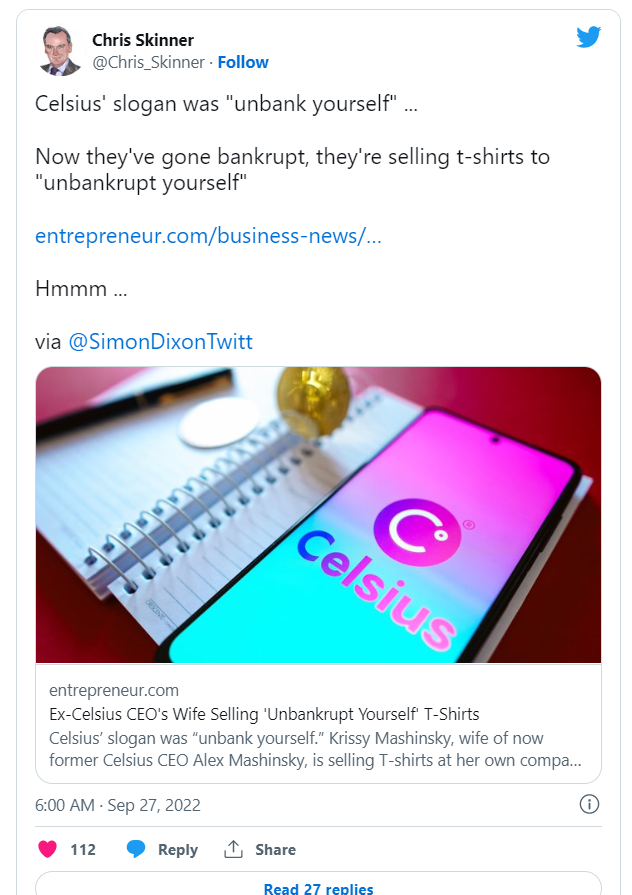 Related: Will Visa and MasterCard Survive?