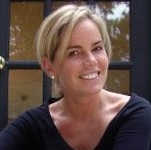 Pam created the award-winning MoneyTrack series seen nationally on over 250 PBS stations. She is the recipient of a 2010 and 2009 Gracie Award and brings her knowledge and can-do attitude to viewers nationwide, educating the public on exactly what works and what doesn't when it comes to investing. She spent her early career in financial services and helped develop Schwab's advisor platform. Now she is launching WealthRamp, a new online platform that's helping investors connect with best-fit financial advisors. Pam also serves on the board of directors of the California Jump$tart Coalition, an organization dedicated to increasing financial literacy among children and teens. In 2009, she authored, The MoneyTrack Method, a personal finance book based on the lessons from her television series. Watch for her brand new MoneyTrack: Money for Life television special rolling out on PBS stations later this year. Learn more here .