Stock Options Traders are Back at the Speculation

In the last few weeks stock market sentiment as expressed in options has come full circle. Back in August we were noting a rather amazing level of outright speculation in stock options, mostly by small traders that were buying short-dated out of the money calls on the FAAMGs (i.e. lottery ticket type options that have a small chance of big payouts and a large chance of a 100% loss). We flagged this as being particularly problematic since the probability of stock market gains is not great when indicators of extreme speculation are flashing red. Then, in September the Nasdaq 100 sold off by 14% and the S&P 500 lost 9%. One would think that sharp drops like that would dissuade newly minted day traders from throwing their hat back in the ring, having just lost a boat load on option premium. But, alas, it was not to be. They are right back at it, though to a somewhat less extreme degree than back in August.

To give the audience a sense for the positioning in the options market, the first chart we’ll show is the put/call ratio. It’s simply the number of put options bought for every call. The lower it is the more traders are positioned aggressively long. Currently, it’s right back to the August lows. 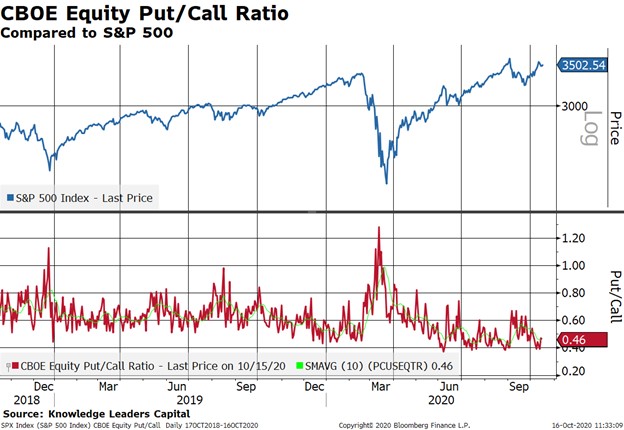 In the next chart we show the volume of small trader call buying. After backing off a tad in September, the small traders are once again pushing extremes that have not been seen since 1999-2000. 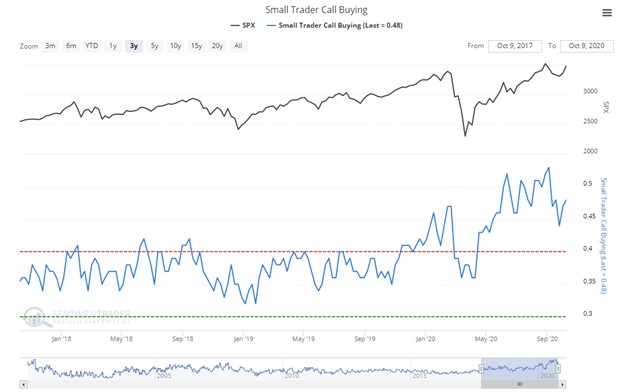 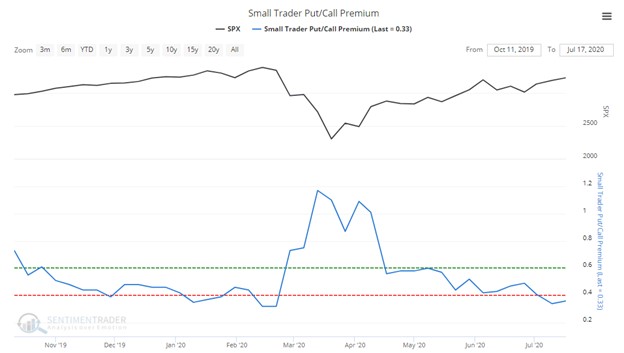 But, even though traders aren’t paying up for puts relative to calls, that doesn’t mean options are cheap. In fact, one important component of option prices is implied volatility. The higher it is, the more expensive the option since a higher implied volatility suggests higher chances for large for movements in the underlying. Currently, implied vol is much less than it was back in March when the options market was pricing in doomsday. But, implied vol is still well above “normal”, meaning that options are expensive relatively to history. So, when we put all this together, we come to the conclusion that traders (especially small ones) are speculating on long calls and paying high premiums to do so. 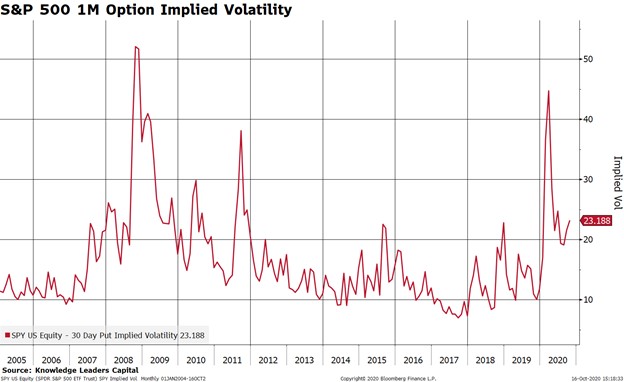 Related: The Alpha and The Beta