Is Yesterday’s SPX Reversal To Be Trusted?

S&P 500 gave up the opening gains, but managed to close on a good note, in spite of credit markets not confirming. Given though the high volume characterizing HYG downswing and retreating crude oil, we may be in for a stock market led rebound today. It‘s that finally, value did much better yesterday than tech.

CPI came red hot, but didn‘t beat expectations, yield curve remains flat as a pancake, and the commodity index didn‘t sell off too hard. It remains to be seen whether the miners‘ strength was for real or not – anyway, the yesterday discussed shallow $1,980 – $2,000 range consolidation still remains the most likely scenario. I just don‘t see PMs and commodities giving up a lion‘s share of the post Feb 24 gains next.

Let‘s move right into the charts (all courtesy of www.stockcharts.com). 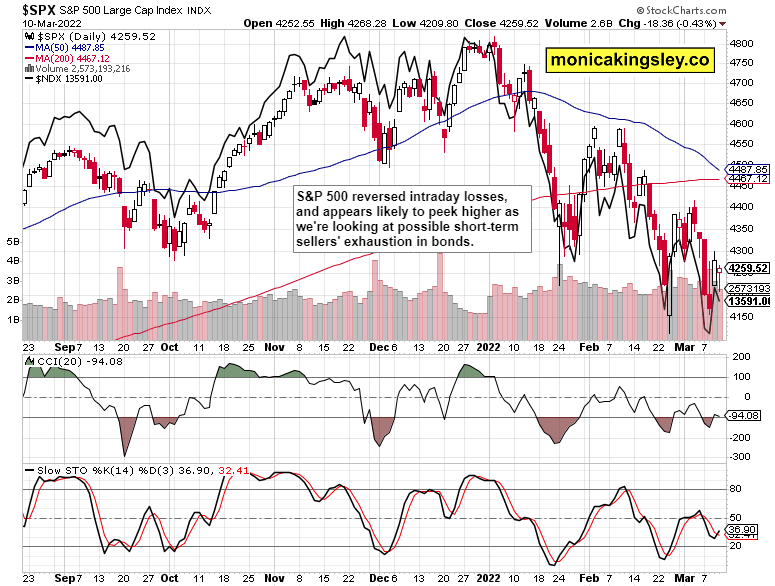 S&P 500 can still turn around, and the odds of doing so successfully (till the closing bell today), have increased yesterday. The diminished volume points to no more sellers at this point while buyers are waiting on the sidelines.

HYG has only marginally closed below Tuesday‘s lows – corporate junk bonds can reverse higher without overcoming Wednesday‘s highs fast, which would still be constructive for a modest S&P 500 upswing.

Precious metals are indeed refusing to swing lower too much – the sector remains excellently positioned for further gains. For now though, we‘re in a soft patch where the speculative fever is slowly coming out, including out of other commodities. Enter oil. 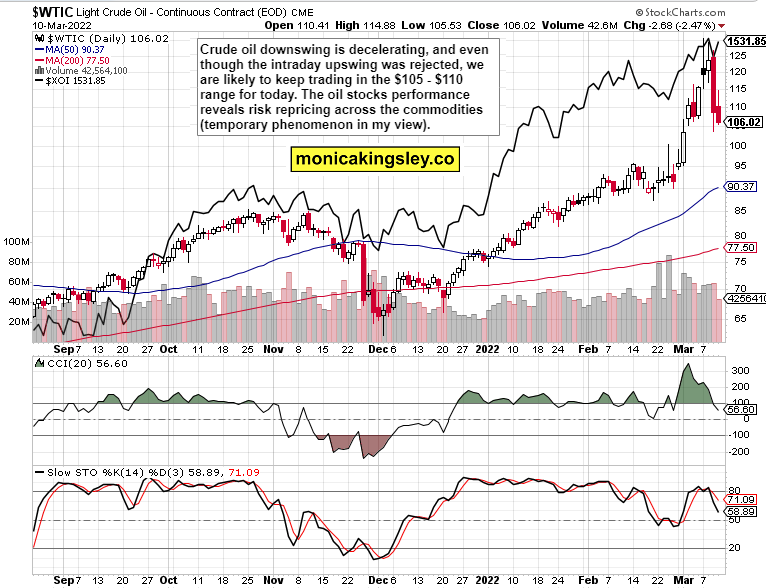 Crude oil still remains vulnerable, but would catch a bid quite fast here. Ideally, black gold wouldn‘t break down into the $105 – $100 zone next. I‘m looking for resilience kicking in soon. 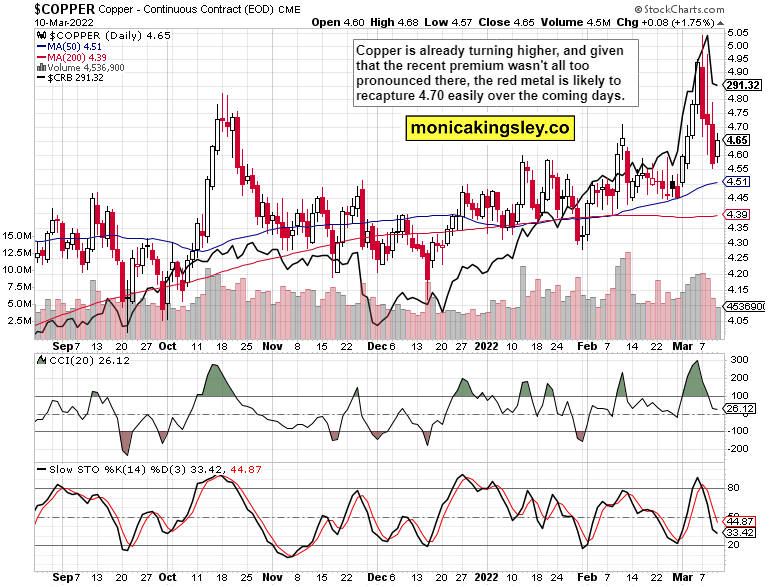 Copper fake weakness is being reversed, and the red metal is well positioned not to break below Wednesday‘s lows. I‘m not looking for selloff continuation in the CRB Index either. 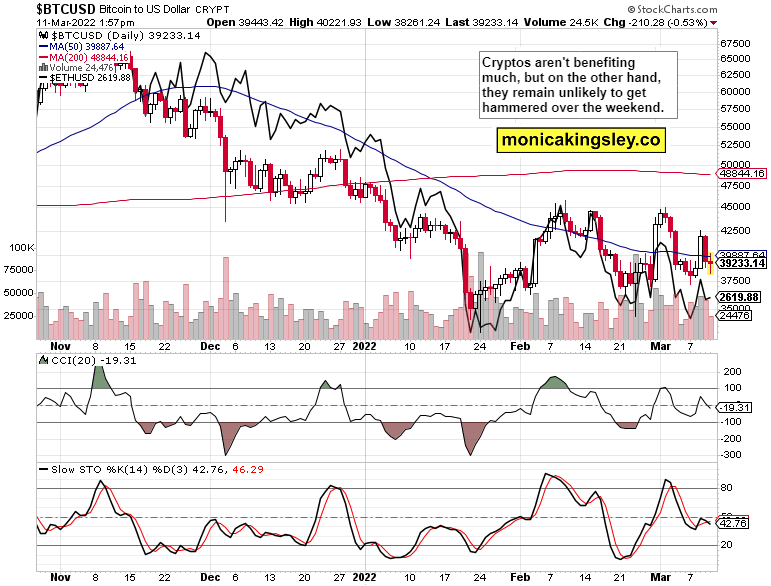 Cryptos remain undecided, and erring on the side of caution – this highlights that the risk appetite‘s return is far from universal.

S&P 500 missed a good opportunity yesterday, but the short-term bullish case isn‘t lost. Stocks actually outperformed credit markets, and given the commodities respite and value doing well, bonds may very well join in the upswing, with a notable hesitation though. That wouldn‘t be a short-term obstacle, take it as the bulls temporarily overpowering the bears – I still think that the selling isn‘t over, and that the downswing would return in the latter half of Mar if (and that‘s a big if) the Fed‘s response to inflation doesn‘t underwhelm the market expectations that have been dialed back considerably over the last two weeks. Token 25bp rate hike, anyone? That wouldn‘t sink stocks dramatically…

Related: Is This the Day When Stocks Can Rebound?