Is This Dip Ready To Be Bought Already?

FOMC minutes didn‘t reveal fresh hawkish tunes, but markets were caught off guard – unlike 3 weeks ago during the statement and press conference. It‘s as if S&P 500 and pretty much everything else woke up to the hawkish reality only now. In spite of the new liquidity powered Santa Claus rally, the sudden realization that the March Fed meeting might very well bring in a first rate hike, forced a sharp downturn across the board.

The dollar wasn‘t too affected by the daily rise in yields that hit junk bonds particularly hard. The yield curve keeps being compressed, and is getting closer to the point of inversion. The likely good employment data on Friday would provide the Fed with a convenient cover to embark on and keep pursuing the tightening route. Not that it would have the power to break inflation (even at the professed very accelerated tapering pace – let alone the relatively measly hikes when CPI, PPI or PCE deflator are considered) – this game of chicken with the markets risks a tantrum that could bring up the fond memories“ of Dec 2018.

Yes, the risks of crashing the airplane would grow up over the coming weeks and months – the Fed is walking a very tight rope indeed. Markets are spooked, and the coming days would show whether this is already the start of something worse, or whether we can still shake it off and continue upwards till the Olympics. I‘m still leaning towards the latter.

Anyway, good to have closed the profitable S&P 500 and crude oil positions in time.

Let‘s move right into the charts (all courtesy of www.stockcharts.com). 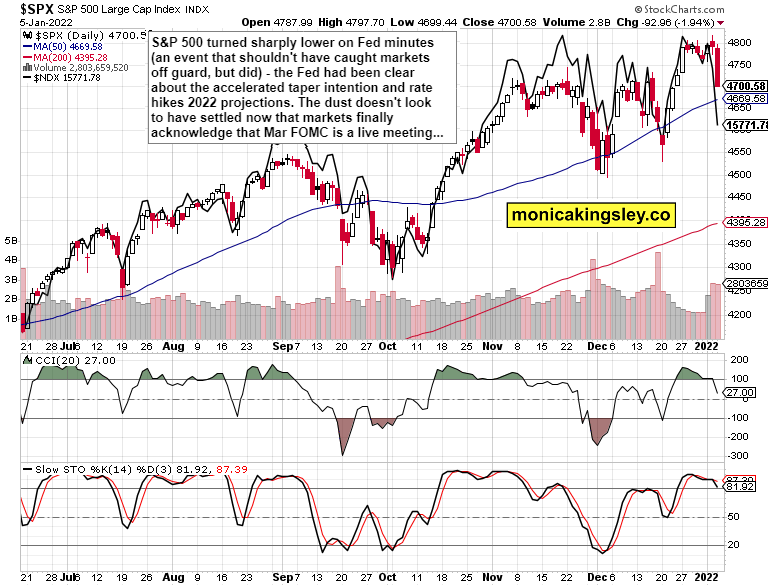 Tech understandably declined more than value – thanks to yields. S&P 500 bottom might not yet be in really. Bonds and tech need to stabilize first.

HYG is still holding the key, and would provide an early turnaround sign. The plunge in LQD isn‘t looking short-term encouraging in the least – the dust hasn‘t yet settled.

Gold and silver still haven‘t left the sideways consolidation pattern – the white metal would be more affected through the inflation taming fears. That‘s though a premature calculation as inflation might turn out less amenable to be put down fast. 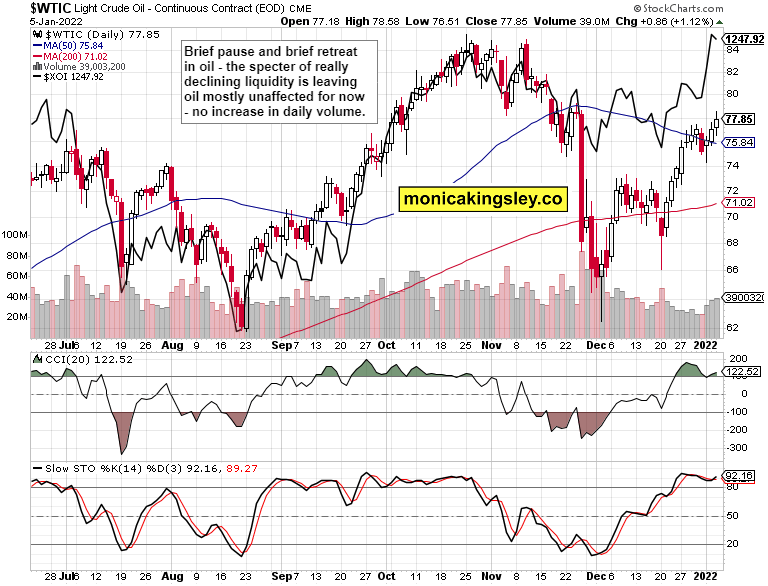 Unlike practically everything else, crude oil recovered strongly from the FOMC-induced setback – and certainly looks like the strongest of the pack at the moment. 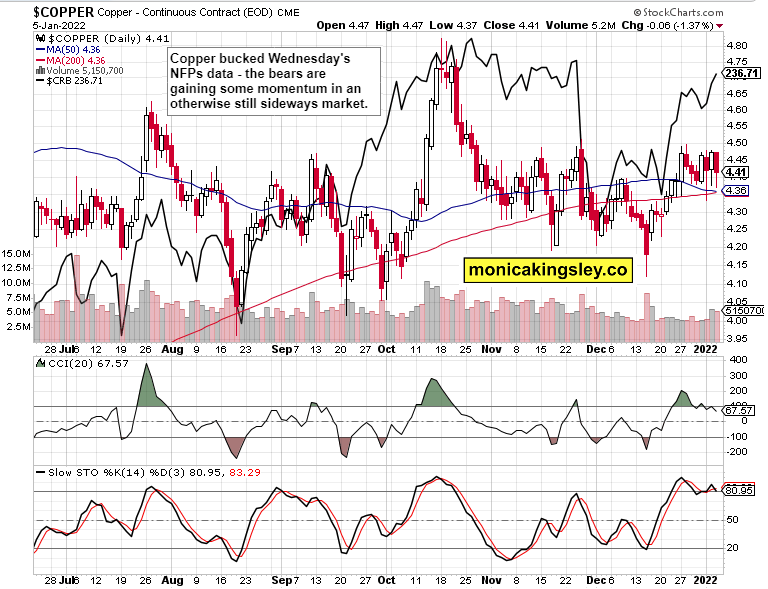 Copper gave up advantageous position, and isn‘t really following (energy-led) commodities up yet. The long sideways consolidation is testing the bulls‘ resolve even as the pressure to go higher is building up. The same for silver, by the way. 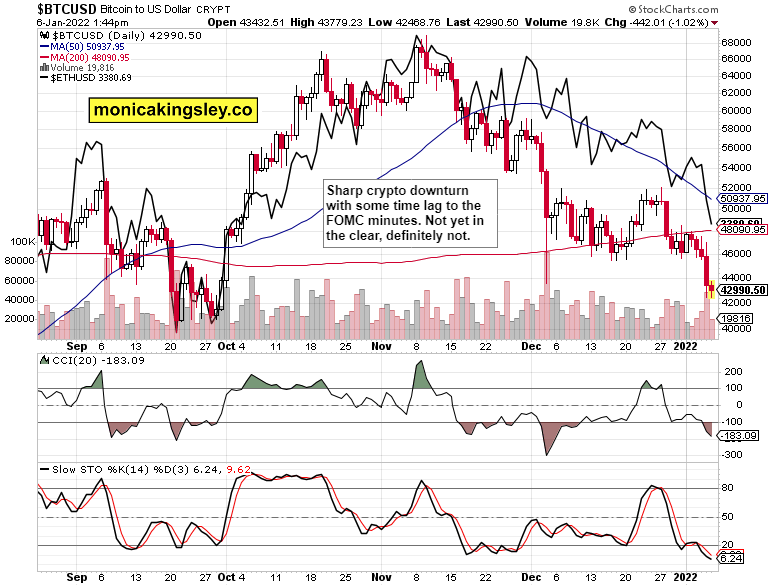 Bitcoin and Ethereum clearly lost the remainder of the bullish posture – it‘s turning out they aren‘t ready to defy the shrinking global liquidity.

S&P 500 bulls look to get under some more pressure before the repeated hawkish message gets absorbed. The bond markets coupled with the dollar would reveal just how serious the bulls are about buying this dip and now. My bet is that they would remain shaken, and looking hesitantly for a floor. If there is one overarching message from yesterday, it‘s that the hawkish Fed appreciation has been woefully misapprehanded, and if followed through on in its entirety, would lead to a dangerous game of chicken with the markets (we aren‘t there quite yet).

Related: Beneath the Surface, Rally

The views and opinions expressed in this article are those of the contributor, and do not represent the views of IRIS Media Works and Advisorpedia. Readers should not consider statements made by the contributor as formal recommendations and should consult their financial advisor before making any investment decisions. To read our full disclosure, please click here.