What Will Trump's Immigration Fight Cost You?

Written By: Harry Dent Just like investors tend to buy high and sell low, politicians tend to react to most major issues (ahem… immigration) by doing the wrong thing at the right time.It’s no secret that almost all developed countries, and China in the emerging world, are slowing in workforce and demographicgrowth – many outright declining. Rodney talked about this just last Thursday. Five of the six smaller ones (which include Australia and New Zealand) that aren’t have one thing in common: strong and high-quality immigration.You would think, with clearly predictable further slowing in demographic trends, that the developed countries would be competing for the best global immigrants. But most are restricting or fighting against it just as we need them the most. The U.S. fought against immigration going into the Great Depression. It’s doing it again now…

Immigration is slowing down…

The global migrant population is already slowing and peaked in 2005-10. Immigration into the U.S. peaked in 2001. And with the lowest number of births recorded in the U.S. since 1987, this spells trouble.Look at this chart… 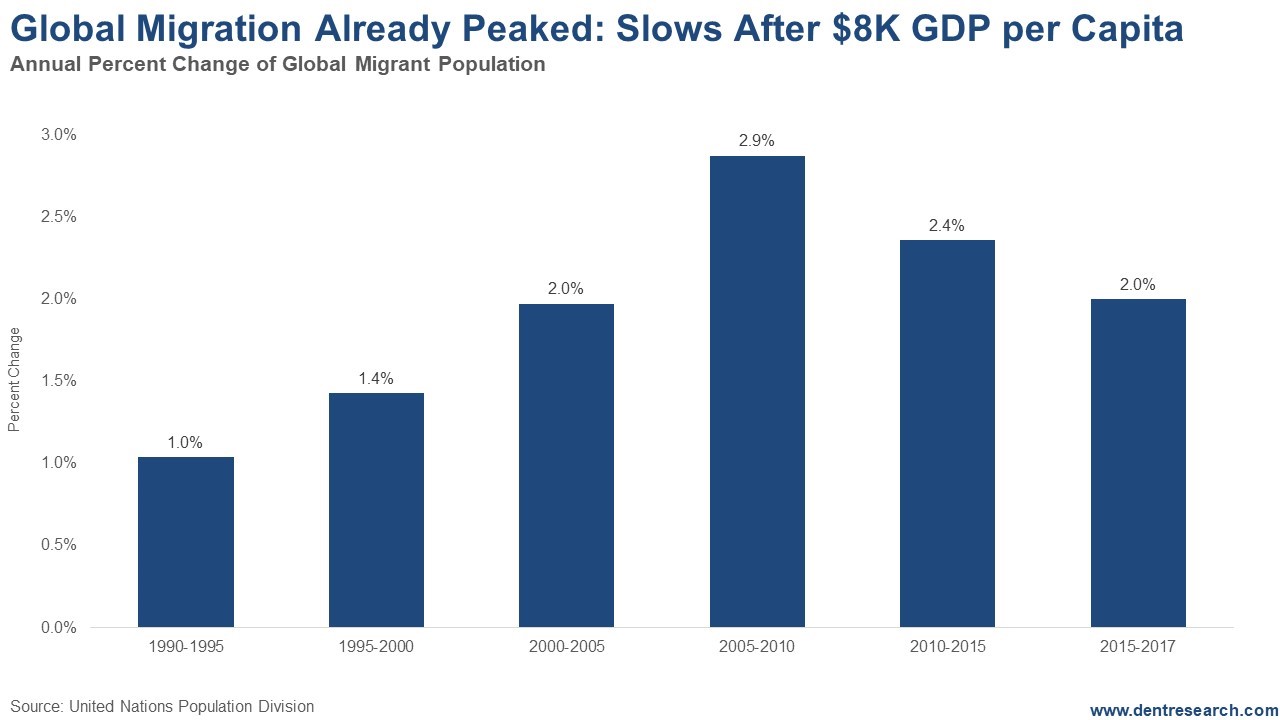 This should be a long-term trend as emigration slows after countries reach $8,000 GDP per capita PPP (purchasing power adjusted). The Factfulness book I so highly recommend also shows that life expectancy sees most of its acceleration by $8,000 GDP per capita. It doesn’t take a lot for people to have a decent and longer life and have less motivation to migrate, which is both costly and disruptive.A recent Gallup poll showed that over 750 million people globally would emigrate permanently to another country if they could. This next chart shows where the highest percentages are by major global regions. 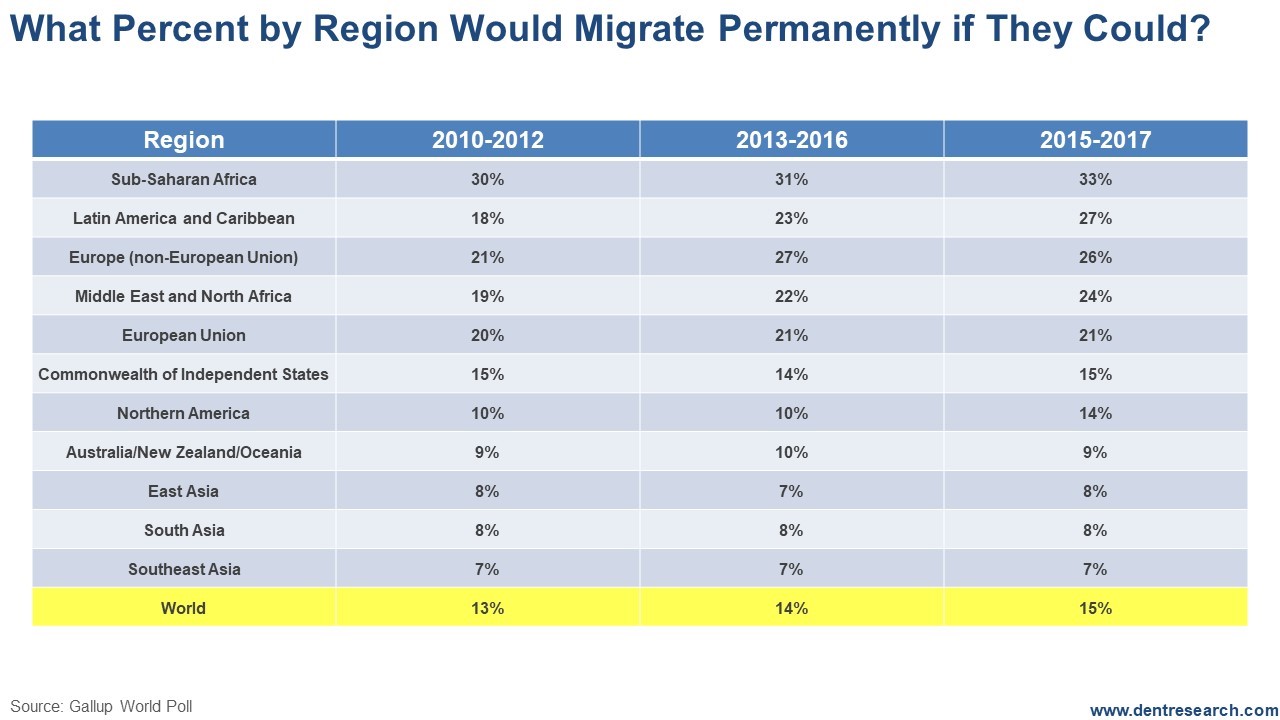 Not surprisingly, the highest, at 33%, came from the poorest region, Sub-Saharan Africa; followed by Latin America, non-EU Europe, and the Middle East/North Africa.Related: 2020: The Next US Election Can Create a Big Market Pullback

The surprise here is that the wealthier EU is the highest in the developed world, at a whopping 21% with North America second at 14%.Note that numbers in North America have risen dramatically from 10% to 14% since Trump got elected… go figure!The very highest percentage countries, where the most people would emigrate if they could, are the poorest ones, including Haiti, El Salvador, Honduras, the Congo, and Nigeria. However, they’re not necessarily the immigrants we would want to go after. To have a positive impact on our economy, we need more of the educated and ambitious immigrants.That means we should encourage immigrants from China, Southeast Asia, India, the EU, East Europe, Puerto Rico, Chile, Argentina, and Mexico. Unfortunately, these countries are wealthier than their peers and will have fewer and fewer such candidates looking to move to America in the future.

But we’ve got to figure something out, especially with the severity of the Baby Bust we’re experiencing. It’s simple: Attract immigrants or slowly die.More importantly, attract skilled immigrants, and make the path to America clear and legal. We should emulate countries like Australia, New Zealand, Canada, and Singapore, who have effective immigration policies.So, write to your congressperson. Send them this article. If we all say something, maybe someone in government will hear and begin to do the right thing at the right time. Our country – and your future wealth – depends on it.