How Big Is Your Rejection Pile?

How big is your rejection pile? Really! If it’s not very big, you might ask yourself if you’re really trying. Want proof? Yesterday I stumbled on Drew Dernavich's pile of Nos. [1] How accomplished is Drew Dernavich? He’s one of the world's best known cartoonists appearing in The New Yorker and many other publications.

But it wasn’t always so. Before he became “renowned”, he was Drew, sending hand drawn sketches with Sharpie on paper one at a time to The New Yorker.

That would be “No”

So, what’s to be learned here? Is Drew an amazing cartoonist? Yes. But there are a lot of talented cartoonists out there. A lot! Maybe you! As so aptly put by Seth Godin, “Drew’s not a genius. He just has more paper than us.”

Innovators see the future. But it’s blurry. There’s a dual process going on here. They’re working out what that future is, getting better at manifesting it through daily (hourly) experiments. You’re starting to see that future as they get closer and closer to it.

And in the end, it’s all about who gets there first and acts on it before the competition. Will you?

How many Nos are you prepared to get before you give up? 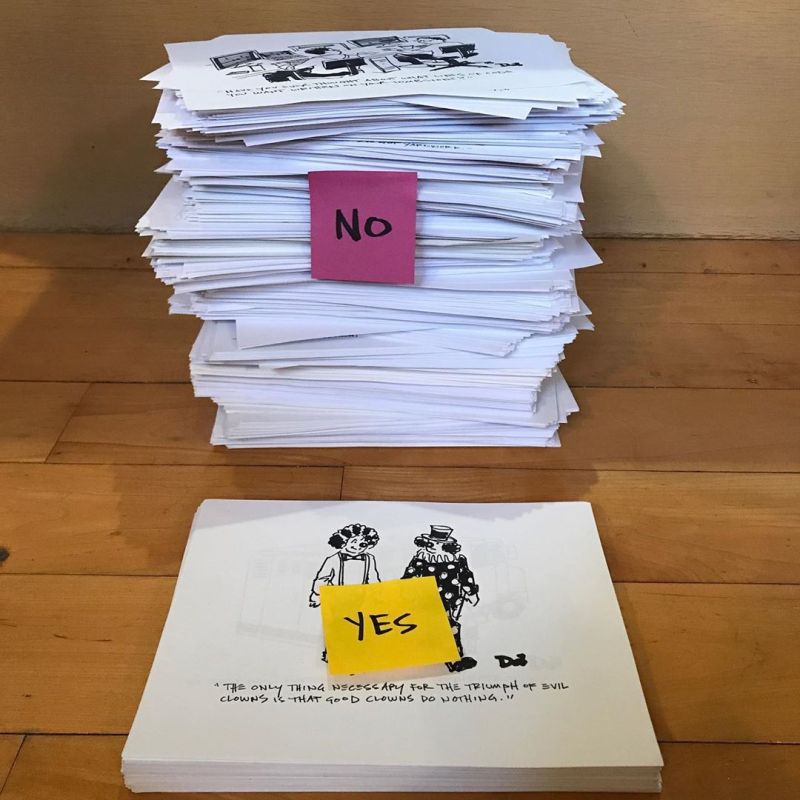