The worlds’ rich get richer, and the poor get poorer. Does it always have to be that way? 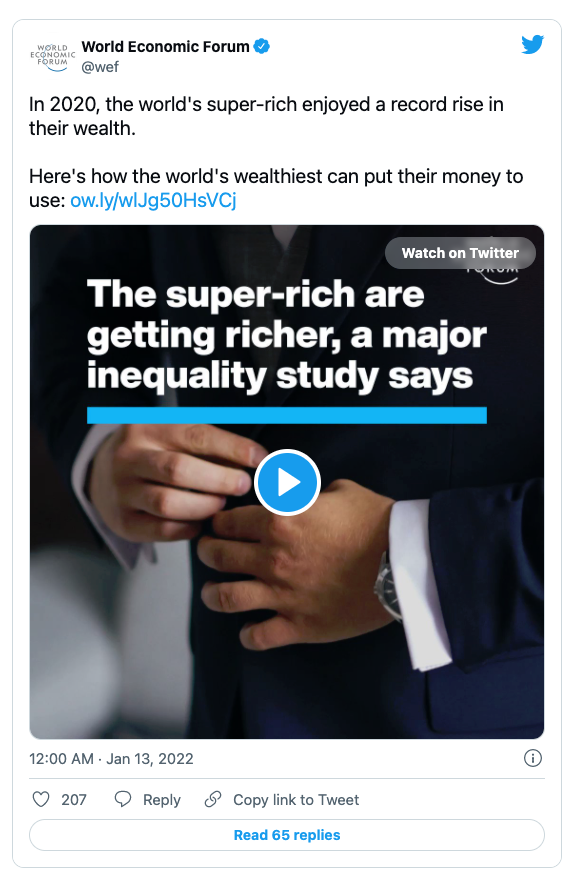 Not necessarily. It was interesting when Dr Eli David tagged Elon Musk with a challenge last October to end world hunger by donating $6 billion. 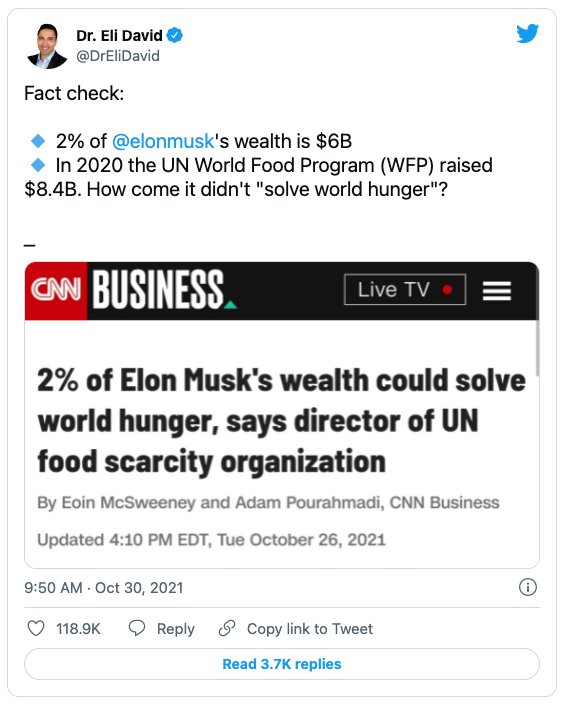 The plan was developed by David Beasley, the Executive Director for the UN World Food Programme, and is now in place. 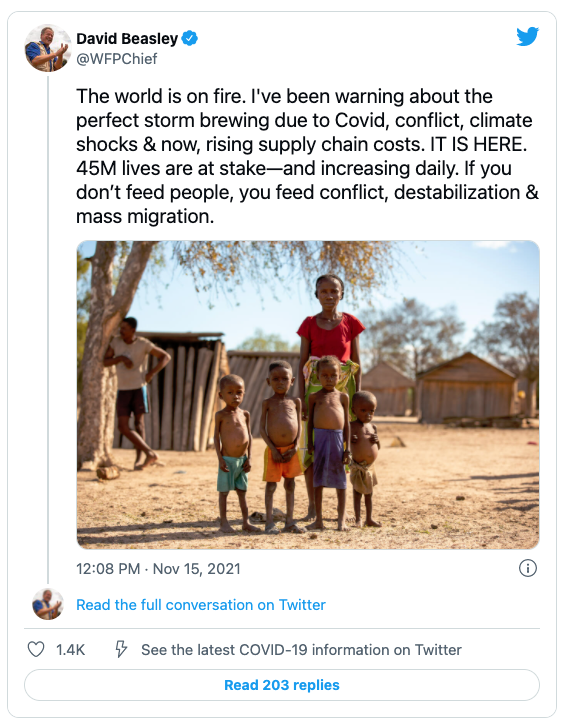 Elon Musk said yes, as long as the plan was clear. Unfortunately, he asn’t signed the $6 billion cheque but, when a billionaire or trillionaire cannot spare 2% of their wealth to solve world hunger, you have to ask: why? Because Elon wanted open-source accounting and, as Dr Eli points out, no-one would ever agree to that.

Open source accounting? Technology will solve this! When the top 0.01% of wealthiest individuals hold 11% of the world’s wealth – up more than $400 billion from 10% in 2020 – while 100 million fell into extreme poverty … something’s gotta change.

I truly believe that the likes of Bill Gates and Elon Musk have their heart in the right place. More so maybe than Richard Branson and Jeff Bezos who have their hearts set on space. Elon also wants to go into space, but if he donated $6 billion to cure world poverty then that would be amazing. Yet, I also empathise with his view that it needs to be open sourced because, without transparency, an awful lot of that money could line the pockets of dictators, warlords and chiefs who have zero interest in giving it to the cause it is meant for.

This is where blockchain raises its head once again.

In China, charitable donations given through Alipay flow through a blockchain ledger so you can see if your $6 was actually delivered to the starving families you wanted to help. Without that transparency, charity is nothing.

I don’t know about you, but I’ve met quite a few charity leaders who live in grand houses, earn six-figure salaries and appear to be respectable but I suspect if their activities were transparent, there would be some suspicions there.

Nevertheless, if a small group of people own all the wealth in the world and billions have nothing, there must be some way to rebalance?

MacKenzie Scott has given away billions to many small charities with ‘no strings attached’ as has the Bill and Melinda Gates Foundation .

When people become rich beyond their dreams, they can give away their wealth to support other people’s dreams. Is there anything else more worthy?

Related: We Really Need a Focus on Financial Literacy