You Never Know What You Don’t Know About the Market

A sound investment strategy grounded in patience is way better than trying to guess what will happen.

Consider the question and statement below.

“What do you think I should do with my portfolio before the election?”

“I’m going to sell everything and go to cash because I think the election result will crater the market!”

If I had a dollar for every time I heard or read some iteration of that question and statement leading up to the election, I’d probably be able to pay off my mortgage.

By the end of October, election polls indicated that the political landscape was going to drastically change and that sweeping corporate and personal tax reforms were on the horizon.

So I understood the reason the question was asked.

And I understood why people felt like going to cash was an apparent strategy.

It was obvious, right?

Until, as you can see from this chart, it wasn’t. 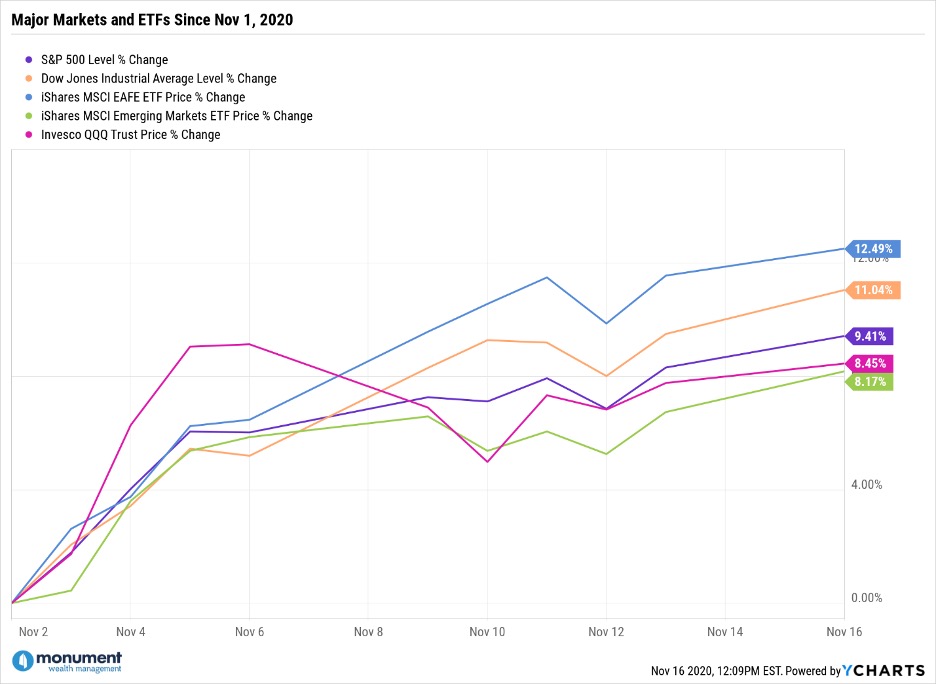 People can opine that the market went up because it liked the election result, the increased probability of a divided government, encouraging vaccine news, a combination of those things, or even a bunch of other things.

Bottom line – it doesn’t matter. And frankly, it never does. Here’s a chart of the S&P 500 and the Dow since the March 23rd low. 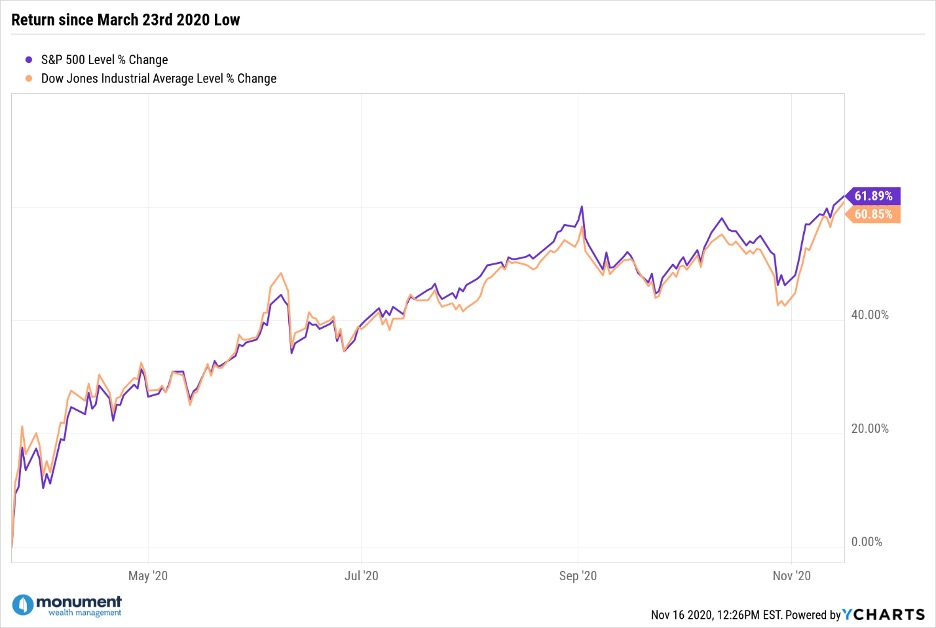 Can you point to what caused a +60% return on both indices? (Please answer no. Otherwise, I’ll have to write a blog about Hindsight Bias.)

As an aside – I think the most interesting thing about the market increasing +60% was that the polls had Biden and the Dems sweeping the election over most of this period of time. So in theory, the market should have been selling off on the prospect of higher taxes!

See, when you think you can predict the outcome of something that you have no control over (an election, the economy, a virus, the direction of the stock market, a football game, etc.) you are GUESSING.

And sure, there are educated guesses (I accurately guessed Will Muschamp would be fired as the University of South Carolina’s head football coach in the 3rd quarter of Saturday night’s game).

Yet people still think they have magical guessing powers.

Don’t be a guesser, because if I’ve learned one thing in my life, it’s that you never know what you don’t know.

People who forecasted their need for cash and were not forced to create liquidity during the 2nd and 3rd quarters of 2020 are just fine…In fact, if they loved how good it felt when the markets were at all time highs in February, they should be feeling good again right now.

This chart shows you why. 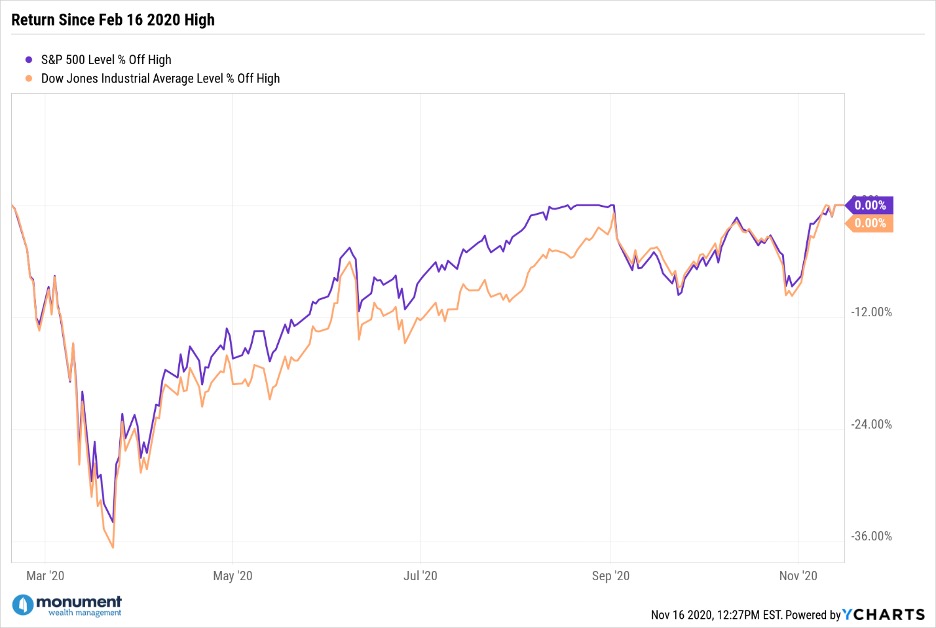