Over Half of Americans View Leisure Travel as an Important Budget Priority, Even During a Recession

More than half of all Americans see leisure travel as an important budget priority right now, even as an economic recession looms around the corner, according to the results from a new survey.

Responding to a questionnaire conducted by Destination Analysts in September, 54.4% of Americans said that travel was either an “extremely high,” “high” or “somewhat high” budget priority in the next three months. By comparison, nearly a quarter of participants said that travel was not a priority at this time. 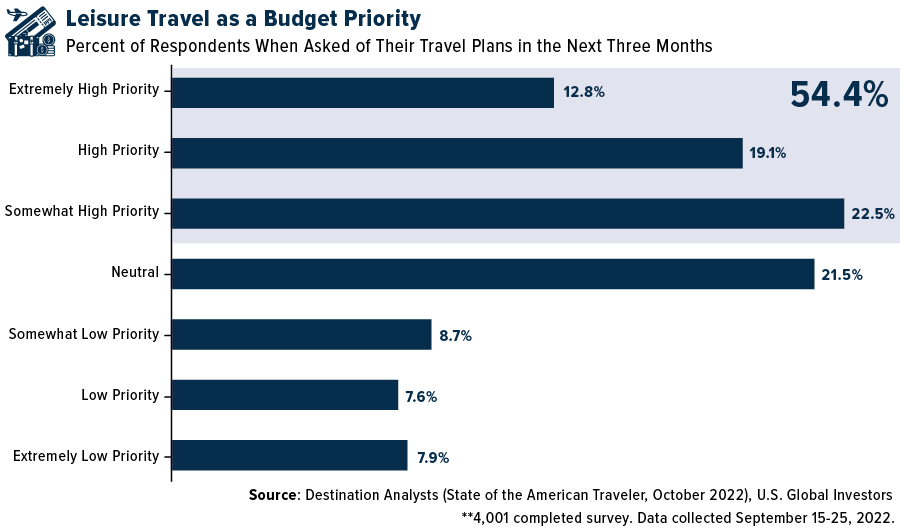 Further, a huge majority of American travelers don’t seem too dismayed by the likelihood of a recession. In response to another survey question, roughly three quarters of participants (74.8%, to be precise) said they believed travel was a “worthwhile” investment, even if the economy were to contract.

Late fall and early winter are popular times for many Americans to hit the road or take to the skies, and this holiday travel season may be no exception. Over a quarter of survey respondents said they had plans to take a trip in October (26.6%), November (24.8%) and/or December (28.4%), despite higher prices for gas and airfare. 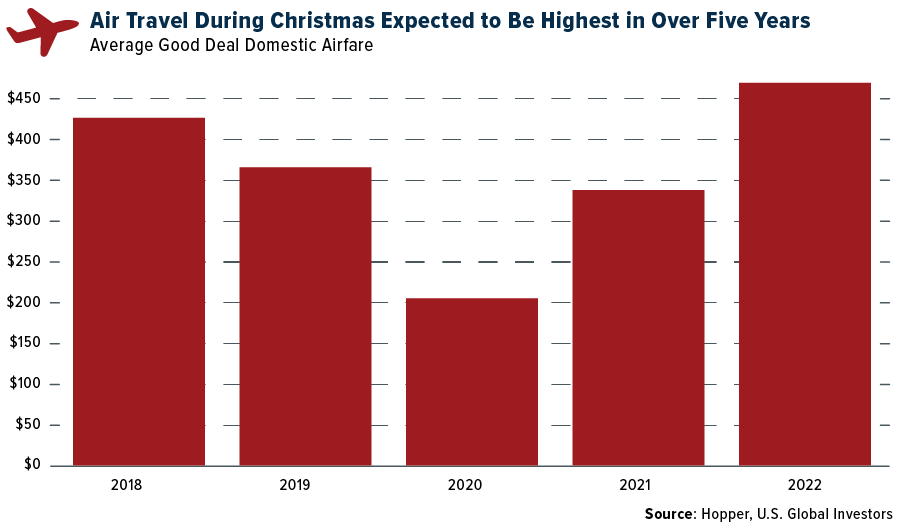 Destination Analysts also make note of so-called “luxury travelers,” who represent some 27% of the U.S. traveling population. Over the next 12 months, the average luxury traveler is expected to spend $6,260 on his or her trip, or $2,000 more than the typical American traveler.

Compared to other Americans, luxury travelers are more likely to prefer flying commercial over driving, and they’re also more likely to take cruises.

Investors may see Carnival Cruise Line’s decidedly unremarkable stock performance—it recently hit a 30-year low—and figure that the entire cruise line industry is in trouble. But as one equity analyst put it, Carnival’s problems are “company specific.” The Miami-based company is overexposed to Europe, “where currency, Covid-19 and a softer economy are impacting close-in bookings,” says Steven Wieczynski, managing director at Stifel. Indeed, Carnival is down more than 21% for the three-month period through October 5, while its competitor Royal Caribbean Cruises has increased almost 20%. 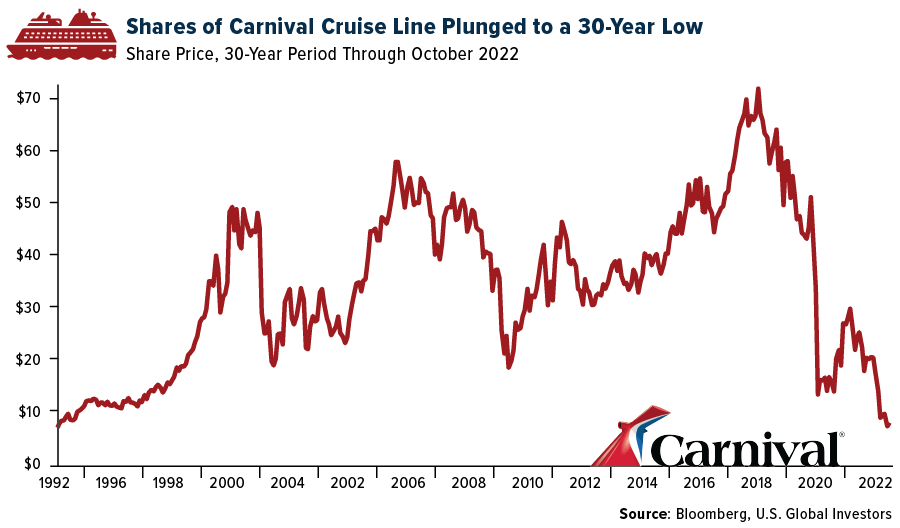 Wieczynski is nevertheless bullish on the cruise industry and, in fact, issued a “buy” recommendation for Carnival, with a target share price of $17. On Monday, shares of the company traded below $7, its lowest point since February 1992.

Norwegian Cruise Line, the number three U.S. operator by market cap, announced this week that it would remove all testing, masking and vaccination requirements related to Covid effective October 4. The company’s decision is expected to be welcomed by travelers who may have been waiting on the sidelines for the past two years. “Many travelers have been patiently waiting to take their long-awaited vacation at sea, and we cannot wait to celebrate their return,” stated Norwegian CEO and president Harry Sommer.

I believe this is all very positive news, no matter how you look at it. The domestic travel and tourism industry is estimated to account for a not-insignificant 7.6% of the U.S. economy. From a loss of almost $766 billion in 2020 due to the pandemic, the industry appears set to contribute $1.8 billion by the end of 2022, according to the World Travel & Tourism Council (WTTC).

Millions of Americans depend on travel and tourism for their livelihood. In 2019—the most recent year of data—the industry supported one out of every 20 jobs in the U.S., either directly or indirectly. The airline industry alone employed approximately 770,000 Americans as of June 2022.

Related: It May Be Time To Consider Gold Stocks