The Macro Factors Driving The Covid Economy In Two Charts

Here’s a couple of interesting and surprising charts, which explain what has been driving the COVID economy and why the U.S. economy is set up for monster growth over the next few quarters.

When the economy fully reopens, we suspect a consumer feeding frenzy in many of the services that have been closed or operating at a limited capacity.   We also expect these firms and businesses that have survived will have mucho pricing power given the massive stimulus that has been put into the economy and the forced savings thrust on those whose incomes have not been affected.

Moreover,  capacity in the service sector has been significantly reduced with many businesses forced to close (see chart below).

Personal income,  which consists mainly of wages and salaries, rental and investment income, and government transfer payments, such as the latest COVID stimulus payments, is growing at its fastest pace in nearly 40 years.   Some context, however, the 12 plus percent PI growth in the early 1980s took place with CPI inflation running at 10-15 percent year-on-year.

Wages and salaries have not been the driver of PI over the past year but the massive increase in transfer payments.  And “transfer payments” is really a misnomer as much of it has been monetized by the Fed’s digital printing press. 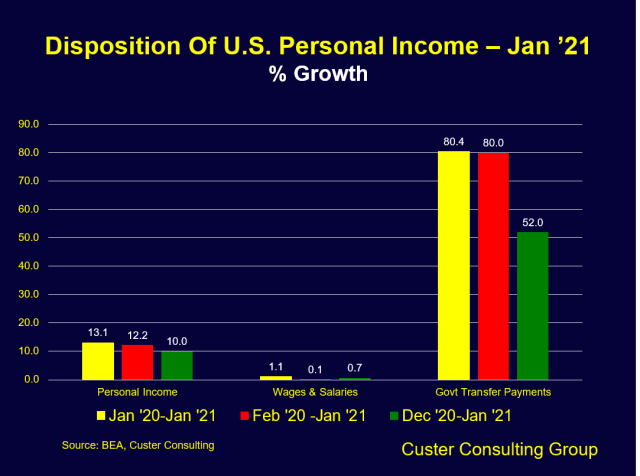 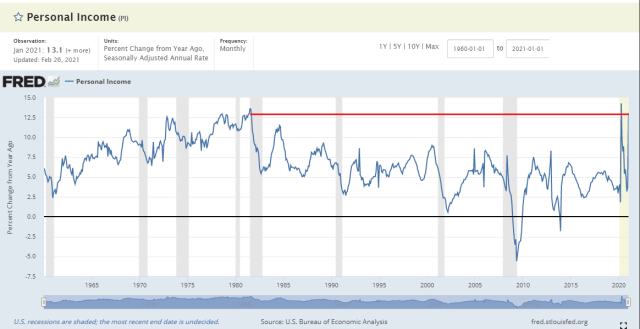 Clearly, this situation is not sustainable and it is uncertain what the economy will look like in the second half of 2022.

The following chart illustrates the unexpected shift in consumer expenditures from services, which made up around 70 percent of personal expenditures before the pandemic.  The reallocation of spending to durable goods is contributing to the supply chain difficulties and shortages in industries, such as semiconductors and global shipping. 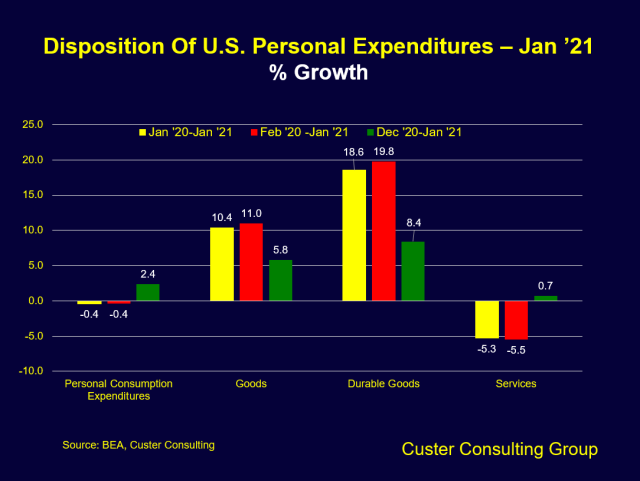 Many firms, such as the auto industry, settled in for a typical recession after the economic lights were turned off last February, reduced inventories of materials and supplies , and were caught with their pants down when the demand came storming back a few months later.

Nobody really knows but if the market determines the monetization of transfer payments becomes a more permanent reality,  inflationary expectations will likely take off and the economy will experience a major regime shift from lowflation/disinflation to…..? 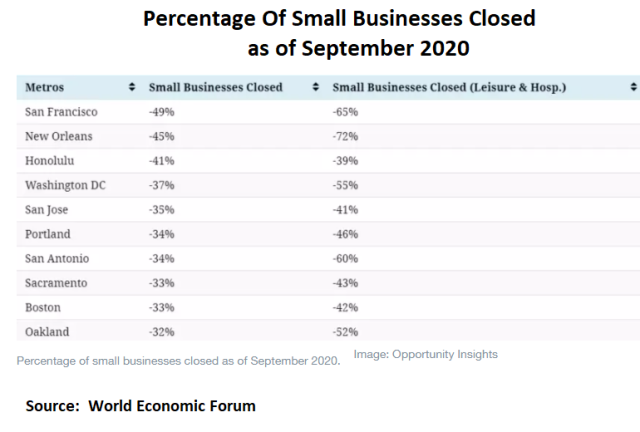