The Closest Parallel to Today’s Market Conditions May Be 1999

It’s been a year since the market bottomed out during the COVID-19 sell-off. The 33.8% drop in the S&P 500 brought to a sudden end one of the longest bull markets in history. But as the dust has settled and the markets have returned to all-time highs, many people were left wondering: was that really a bear market?

On one hand, the COVID sell-off met the strict definition of a bear market, that is, losses in excess of 20%. On the other hand, the suddenness of the sell-off and the rapidity of the recovery has led to a counter argument, that this was more of an extreme correction rather than a true bear market.

The massive COVID-19 sell-off and subsequent rebound of 2020 was unprecedented:

That said, if I were to look for a historical comparison, I would find the closest parallel in the 1998-99 period. 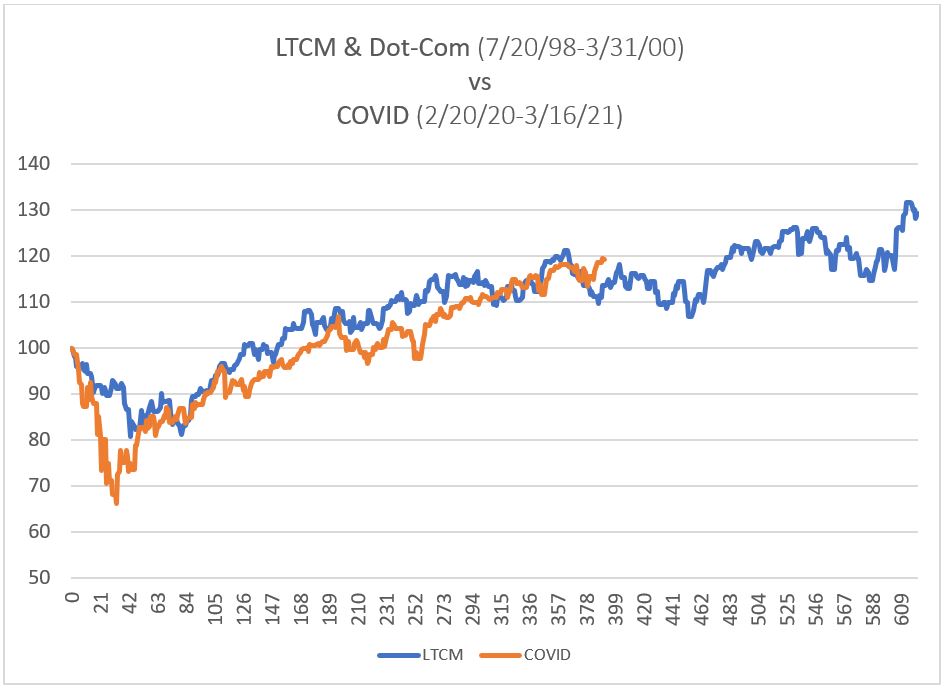 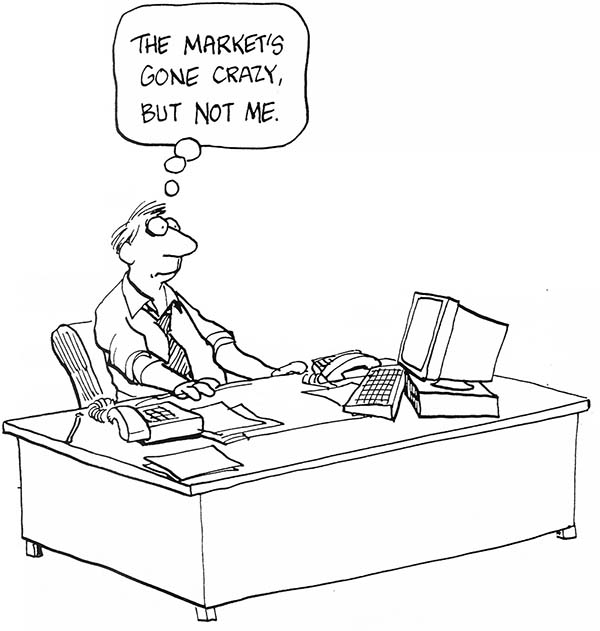 This late-90’s period was known at the time of “Irrational Exuberance.” Although then-Fed Chairman Alan Greenspan first used the phrase in December 1996, the bubble continued to form for several more years, brushing off the near-miss bear market of August 1998.

Students of history know what happens next: the long bear market of 2000-2002.

While the Dot-com bubble burst in March 2000, this period was marked by other calamities and challenges. The terrorist attacks of September 11th and the accounting scandals of Enron, Tyco, and WorldCom led to an extended drawdown. The S&P 500 drew down by almost 45% and did not recover its losses until October 2006. Meanwhile, the NASDAQ lost nearly three-quarters of its value and did not fully recover until December 2013, almost a decade and a half later.

That was a true bear market.

While there are many similarities between the 1999 period and today, there is one large difference. The markets entered the new millennium with yields at comfortable levels. The 10-year Treasury was around 6.5% on January 1st, 2000. This had several benefits to diversified investors:

Today, in stark contrast to the 2000’s, yields on the U.S. 10 year Treasury Note are a paltry 1.6%. It is highly unlikely bonds will be able to provide those levels of positive returns should we face a true bear market again.

Investors currently find themselves faced with unpleasant realities and challenges. Some are familiar, as the equity market today resembles that of the Irrational Exuberance period. Other challenges are new, like the doubt surrounding bonds being able to perform their traditional protection role.

Swan believes that this widespread uncertainty requires new thinking. Our “always invested, always hedged” approach was designed to navigate such treacherous waters. In fact, Randy Swan created the Defined Risk Strategy all the way back in 1997, when his concerns about market valuations and irrational exuberance led him to create a hedged equity strategy that would hedge the gains he made in the bull market.

Today many investors face a similar conundrum: how does one participate in equity markets gains, yet defend against potential losses? We believe that hedged equity as a strategic investment approach is more relevant than ever.

Related: Why Would Someone Want To Own a Put Option?