Is Investor Behavior Impacted By A Corporations Politics?

Florida’s Governor Ron DeSantis recently signed legislation that prohibited the teaching of sexual identity in grades K-3 in Florida public schools.  Many in the media and those against the legislation characterized this as the “Don’t Say Gay” bill. The Disney corporation announced that it was against this bill, causing outrage by many conservative parents and others who felt that it was not the role of Disney, known as the leader in children’s entertainment, to become involved in this issue.

Disney is just one of many corporations who in recent years have expressed opinions regarding political “hot topics”. Most notable is Nike and its support of players kneeling during NFL football games via its sponsorship of Colin Kaepernick. In the past, corporations were reluctant to take a political stance unless the stance was virtually inarguable. For example, in the 1970’s and 1980’s, Coca-Cola was notable for its “I’d like to teach the world to sing” commercials promoting unity of all religions and races worldwide. 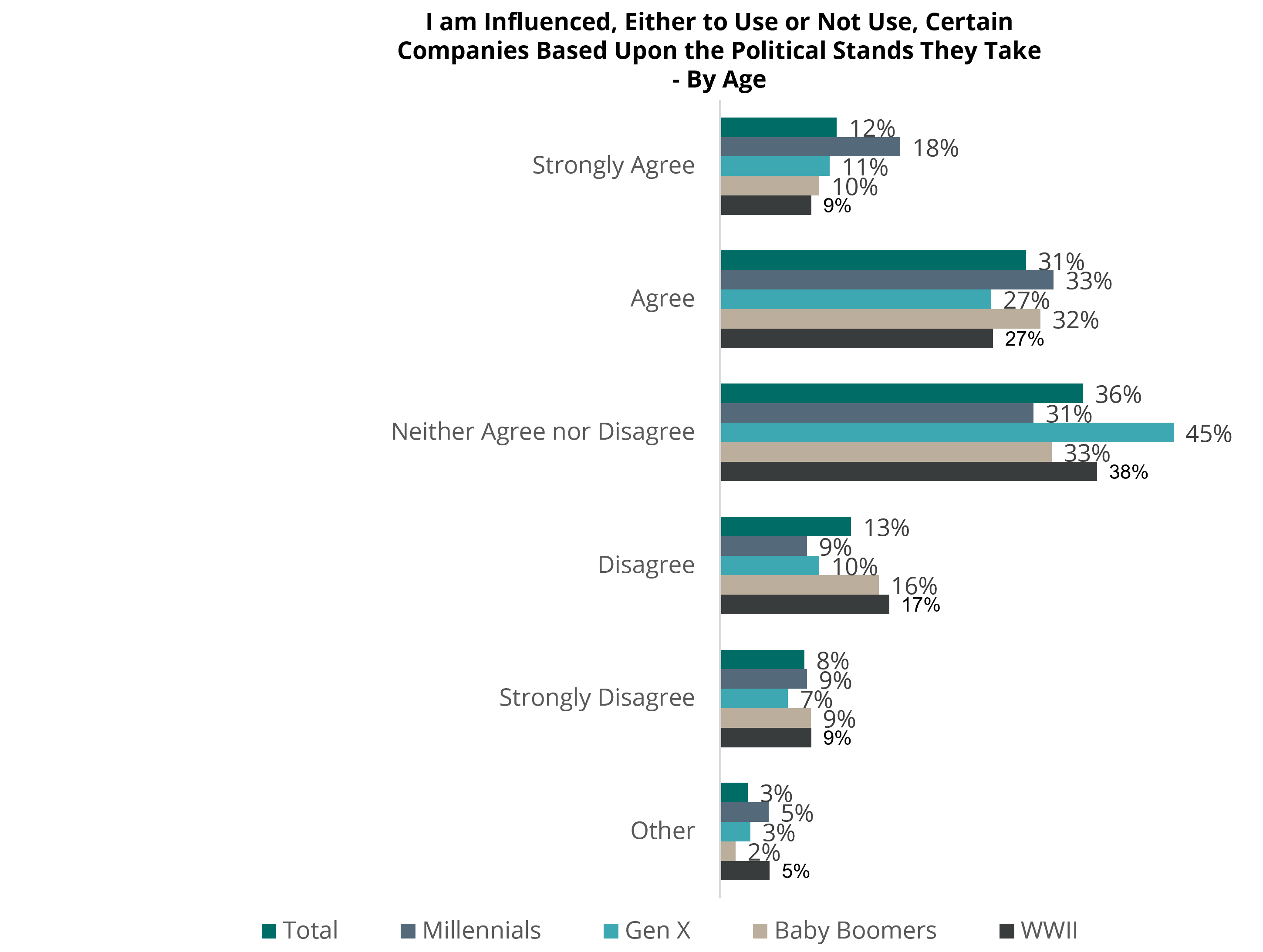 Forty-two percent of investors indicate that they are more or less likely to use a corporation based upon the political stands they take. This percentage is greatly influenced by age with 51% of Millennials agreeing with the statement compared to only 36% of the WWII generation agreeing with this opinion. In contrast, 58% of investors would prefer that companies remain neutral regarding political issues. Gen X investors are the least likely to agree with the attitude at only 53% compared to 66% of WWII investors and 60% of Baby Boomers who would prefer that corporations remain neutral.

Corporations that choose to take a political stance must consider who their primary consumers might be. Arguably, if they cater to older consumers, they might be wise to remain neutral regarding political issues.