Do Investors Think the U.S. is Re-Opening Too Soon?

Depending upon the cable news channel you might prefer, one of the key topics being discussed is how soon should various states, as well as the country overall, begin to “re-open” the economy. Views of the pundits range from “we should be open now” to “maybe next year”. While several states (Texas, Tennessee, Georgia, Florida and others) are beginning to re-open, cities like Los Angeles and New York are anticipating much later opening dates.

In the research just completed for our The Corona Crash: What Financial Advisors Should be Saying to Investors Now* report, attitudes regarding when to open the country are dramatically split. Twenty-seven percent of investors want to open the economy within the next three months while 28 percent believe that three to six months is the right time frame. In contrast, 23 percent want to re-open within six months to a year and 21 percent believe the country should not re-open for one year or more. While Republicans tend to believe the economy should open sooner than Democrats, the differences between the beliefs by political affiliation are not as dramatic as our research often sees regarding other topics. 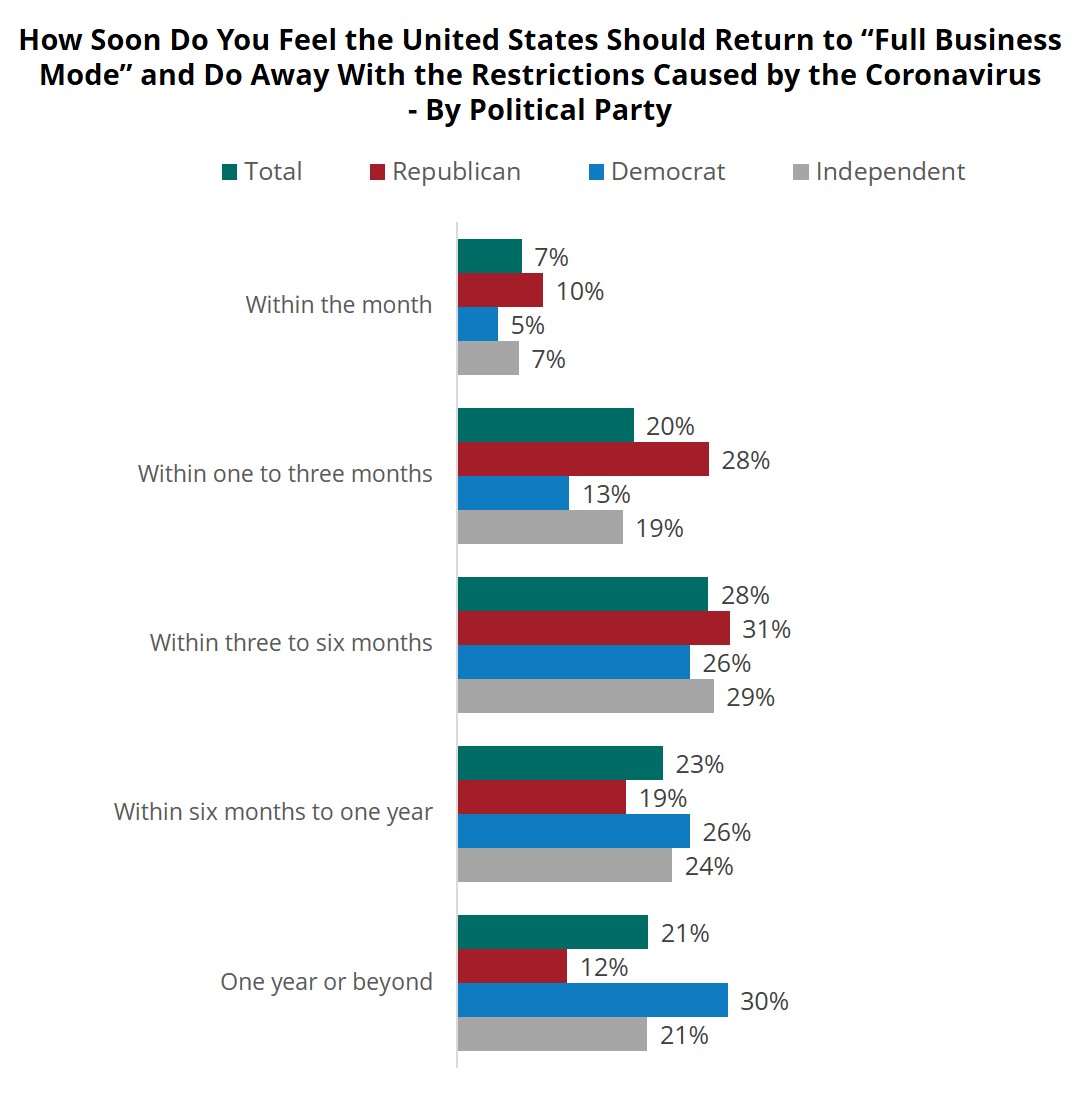 In addition to the wide variance of opinion by investors regarding when to re-open the economy, it’s important to note that investors are very worried that the U.S. may be removing the various restrictions regarding the coronavirus too quickly. In fact, 65 percent of investors indicate they are "concerned" or "very concerned" about removing the current restrictions. 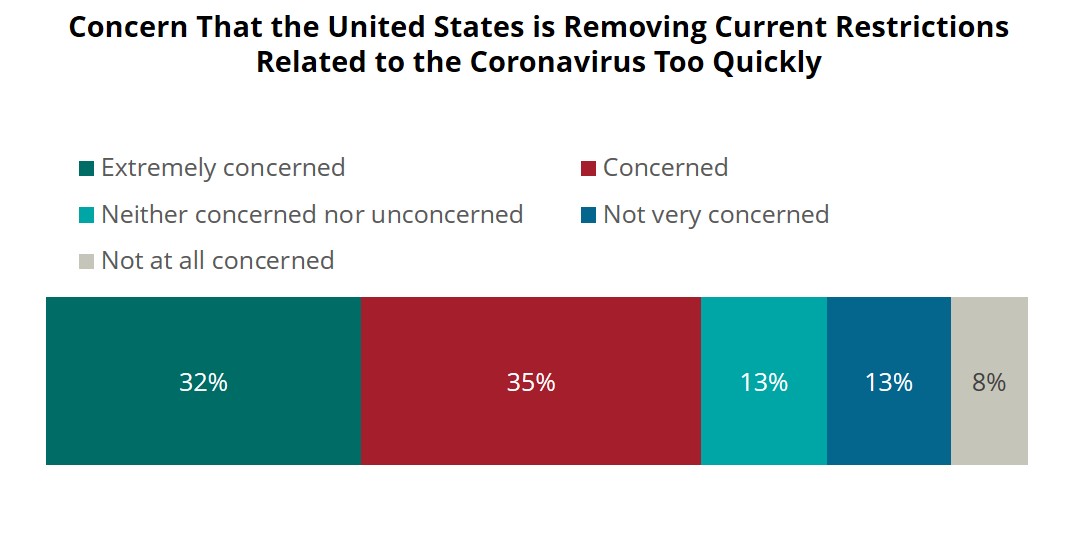 So why is this important for financial advisors?

Understanding the fears of your clients will allow you to suggest appropriate asset allocations for them throughout this volatile year. For those who have significant fear of a recurrence of Covid-19 in the fall, this may not be a good time for aggressive behavior. In contrast, many investors may see opportunity and want to invest to experience a potential upside.

Ultimately all companies are run by individuals. To understand how quickly companies intend to re-engage in the economy will impact the market. If companies are slow to re-open, the markets will react in concert. No one knows if “slow and steady wins the race” or if the V-shaped recovery could ever be a reality. Therefore, understanding how split the country is regarding the re-opening is important for investment professionals to understand.

Investors are currently split regarding when to re-open. Until the recovery and re-opening begin to hopefully gain some steam, investors will probably remain somewhat cautious.  Let’s hope for a quick recovery.