Comparing the Great Recession to the Corona Crash

The stock market crash of 2020 was not serious enough to garner a catchy phrase like Great Recession or Great Depression, but it was still powerful and meaningful, as well as damaging to many investors.

The breakdown of the banking industry in 2008 caused the financial markets to tumble and the American economy to suffer in a way that was unfamiliar to many citizens and investors, who had grown accustomed to routine growth in portfolio values. Even the tech bubble at the end of the 20th Century did not approach the kind of crash the markets and economy went through in 2008.

But nobody wanted to call it a depression. There were still living Americans who remembered the soup lines and unemployment issues from the Great Depression in the early 1930s, and there was extreme caution not to make people fear a return to such financial desperation.

So, the economic calamity of 2008 became known as the Great Recession.

In the early months of 2020, the United States and the rest of the world experienced a health scare that brought to mind not events from the 20th Century but events from centuries before. The Black Death, the yellow fever epidemic of the late 18th Century, and the polio epidemic in the United States in 1916 all came to mind as the human race battled a viral infection that became known as the coronavirus in 2020.

Billions of dollars were lost by investors through the first three months of 2020 when there was no vaccine and American hospitals were ill-prepared to care for the large number of inflicted people without having the virus spread.

Comparing the financial and economic losses of the Great Recession to the losses from the Corona Crash will take many years of study. But, Spectrem Group was able to do a quick measurement of the net worth lost in both cases thanks to its annual Market Insights report, which analyzes the number of Americans with a net worth over $100,000 (not including the value of their primary residence).

Although all wealth segments were impacted by both the Great Recession and the Corona Crash, a comparison of Millionaires, who, according to the Spectrem study are those with a net worth between $1 million and $5 million NIPR, is a good base to start with.

In 2007, there were 8 million Millionaires in the United States. There were another 1.3 million Americans with a net worth above $5 million. 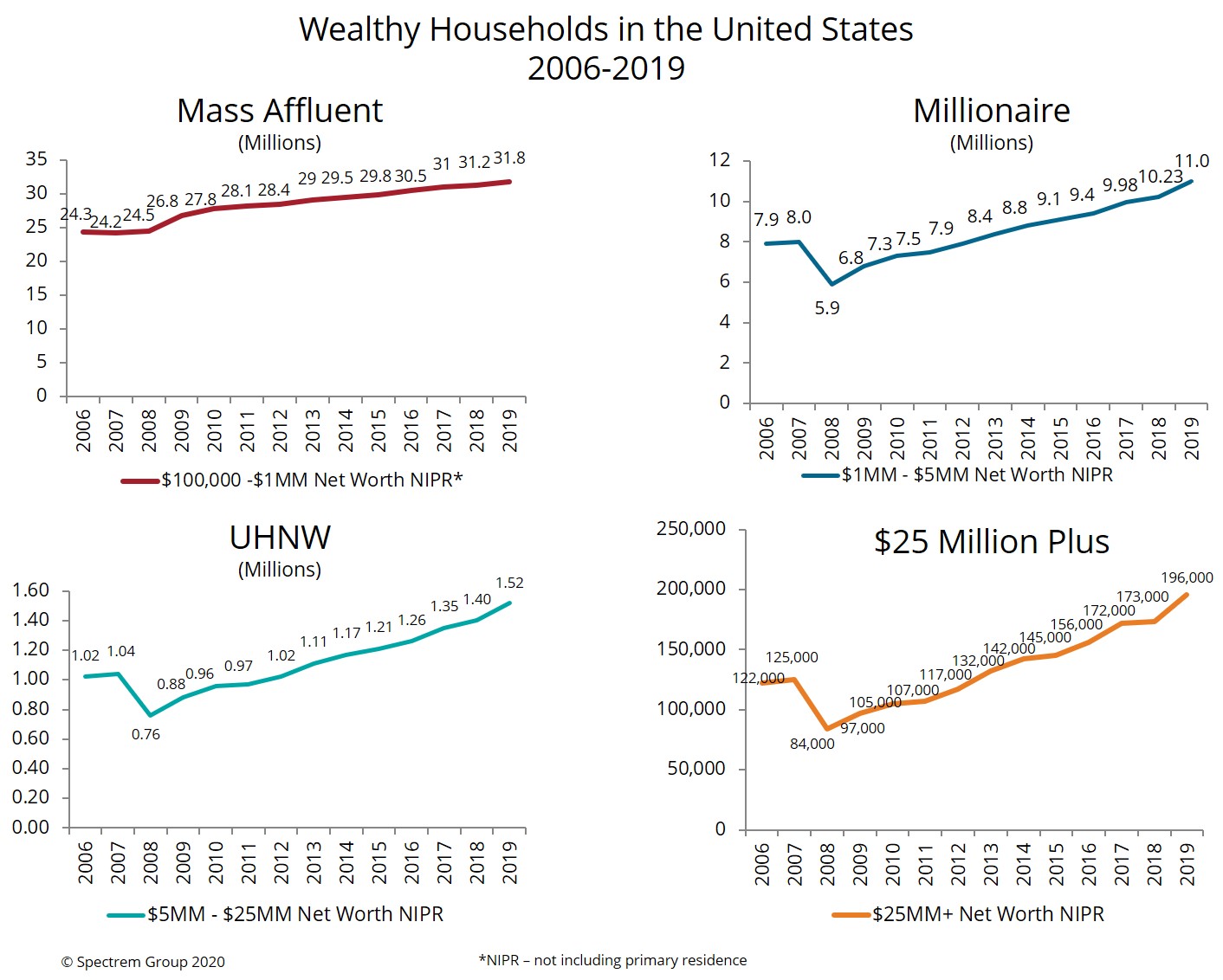 One year later, when the banking industry and the financial services industry sent the stock market reeling and the economy into despair, the number of Americans with a net worth between $1 million and $5 million fell by more than 2 million, or more than 25 percent.

So, by at least one measure, the Great Recession was at least five times worse than the Corona Crash, at least through March 20, 2020.

Of course, even in the short time frame of 12 years, the comparable value of $1 million is notably different. But as a measure of comparable wealth, $1 million was as much a mark of success in 2008 and it is in 2020.

Related: How Dependency on Financial Advisors Is Changing