S&P 500 hesitation against weakening bonds – what gives? The yield curve keeps flattening, but long-dated Treasury yields seem again on the verge of another upswing, which hasn‘t propped up the dollar yesterday much. The only fly in the ointment of a risk-off atmosphere, was value outperforming tech.

Overall, stocks haven‘t made much progress, and are vulnerable to a quick downswing attempt, which probably though wouldn‘t come today as the VIX doesn‘t look to favor it. Wednesday, that could be another matter entirely. Still, there is no imminent change to the stock bull run on the horizon – the focus remains on ongoing Fed accomodations, which s why:

(…) The bears haven‘t thus far made any serious appearance, and 4,550s held with ease in spite of the dollar reversing Thursday‘s losses. All the more encouraging is the relative strength of both gold and silver when faced with one more daily decline in inflation expectations – as if balancing before the Fed act changes anything.

I ask, how serious can they be about delivering on taper promises when prices increase relentlessly (look at Europe too), these are being blamed on supply chain bottlenecks without acknowledging their persistent and not transitory nature, and the real economy is markedly slowing down (not in a recession territory, but still)?

Tomorrow‘s Fed taper announcement wouldn‘t change a lot – so much can (and will) happen in the meantime, allowing them to backpedal on the projections, making rate hikes even more of a pipe dream. The Fed isn‘t taking inflation seriously, hiding behind the transitory sophistry, and that‘s one of the key drivers of rates marching up, rising commodities, and surging cryptos. Look for more oil and natgas appreciation while copper goes up again too. Precious metals are still waiting for a catalyst (think dollar weakening when even rising rates won‘t provide much support, and inflation expectations trending up faster than yields) – a paradigm shift in broader recognition of Fed obfuscation and monetary policy being behind the curve. 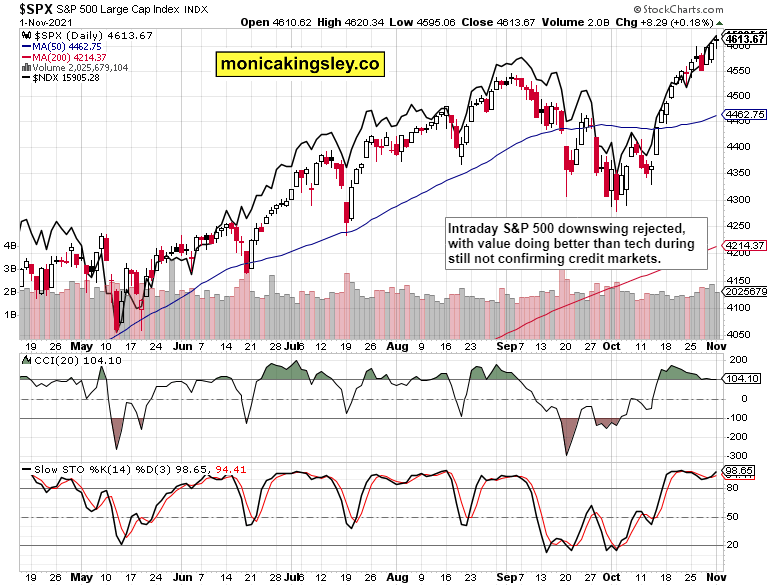 S&P 500 is entering a brief consolidation, with 4,590s being first support, followed by the high 4,550s (if the bears can make it there). Given though yesterday‘s sectoral rotation, that‘s not likely happening today.

Gold indeed swung higher, but needs more follow through including volume, otherwise we‘re still waiting for the catalysts mentioned at the opening part of today‘s analysis, which would also help the silver to gold ratio move higher. 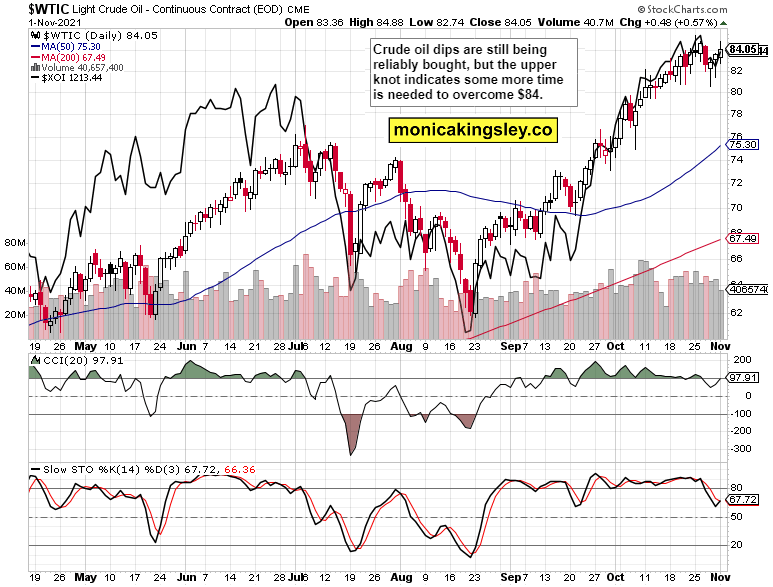 Crude oil keeps going up again,and is likely to extend gains above $84 even as this level presents a short-term resistance. 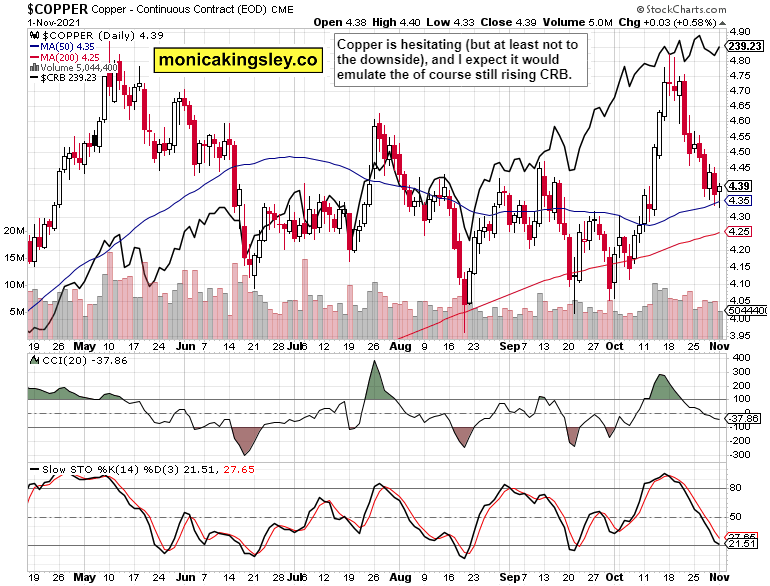 Copper buying opportunity is still here, and the red metal is primed to play catch up to the CRB Index again. Probably not so vigorous as before, and taking more time to unfold, but still. 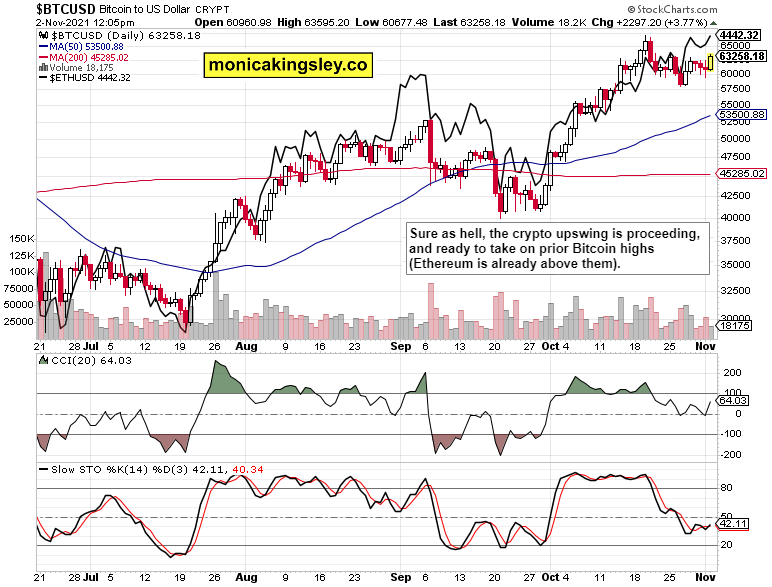 The Bitcoin and Ethereum upswings can and do go on – as stated yesterday, it was a question of a relatively short time when cryptos are done with the sideways correction.

S&P 500 is likely to pause today, and the bond market performance would be illuminating. Ideally for the bulls, some semblance of stabilization would occur, tipping the (bullish) hand for tomorrow. That‘s the big picture view – the very initial reaction to taper announcement would likely be disappointing, and eventually reversed. Cryptos, commodities (first oil, then copper) would react best, with precious metals figuring it out only later.

Related: This Is When Risk-On Returns