S&P 500 upswing was rejected – the intraday comeback didn‘t succeed. Risk-off posture won the day, and the dust is settling. Day 4-5 of the rally‘s window of opportunity that I talked on Monday, is proving as a milestone. Hot CPI data has increased the bets on Mar 50bp rate hike to a virtual certainty, and asset prices didn‘t like that. Not just stocks across the board, but commodities likewise (to a modest degree only) gave up intraday gains, turning a little red. Cryptos too ended down – it had been a good decision to cash in solid open long profits in S&P 500, oil and copper. Fresh portfolio highs reached over this 12+ months period (details on my homepage):

What‘s the game plan for today? As the dollar closed flat while yields rose, I‘m not ruling out a reflexive intraday rebound attempt – after all, the bears should rule in the 2nd half of Feb most clearly. As time passes, the rips would be sold into unless bonds and tech can catch a solid bid. With focus on inflation, that‘s unlikely.

Medium-term S&P 500 bias continues being short while commodity dips are to be cautiously bought. Crude oil looks to need to spend a bit more time around $90 while copper defending the low $4.50 is equally important. While silver didn‘t rise by nearly as much as the red metal did, it is down approximately as much in today‘s premarket – the white metal would recover on a less headline heavy day. Remember that PMs are trading sideways to up, with decreasing sensitivity to rising 10-year yield, and have done historically well when rate hikes finally start. 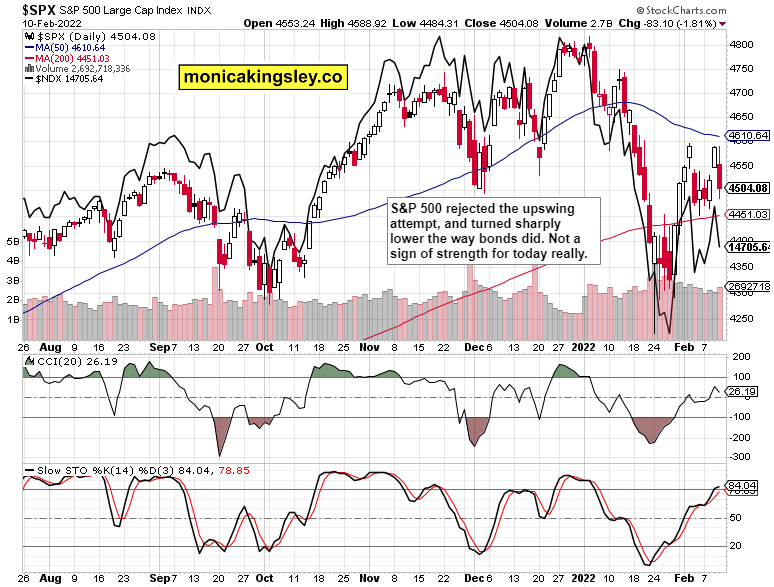 S&P 500 momentum has sharply shifted to the downside, and today‘s recovery attempts are likely to be sold into. I‘m keeping a keen eye on bonds, tech and risk-on in general – not expecting miracles.

HYG keeps showing the way, resolutely down as of yesterday. With rising yields not propelling even financials, the bears have returned a few days earlier than they could – in a show of strength.

Miners issued a warning to gold and silver – yesterday brought a classic short-term top sign. I‘m though not ascribing great significance to it, for it isnt‘a turning point. Gold would be relatively unmoved while silver recovers however deep setback it suffers today. 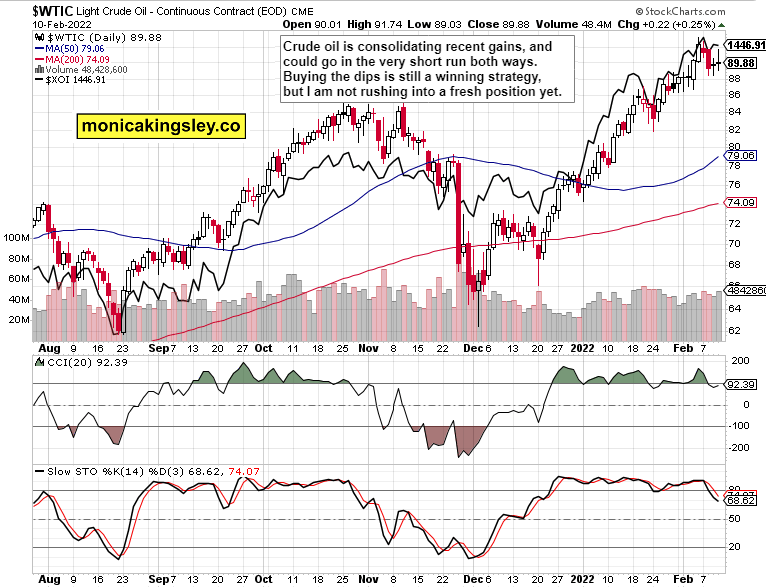 Crude oil appears to need more time to base – while the upside is being rejected for now, the selling attempts aren‘t materializing at all. Higher volume adds to short-term indecision, but strong (long) hands are to win. 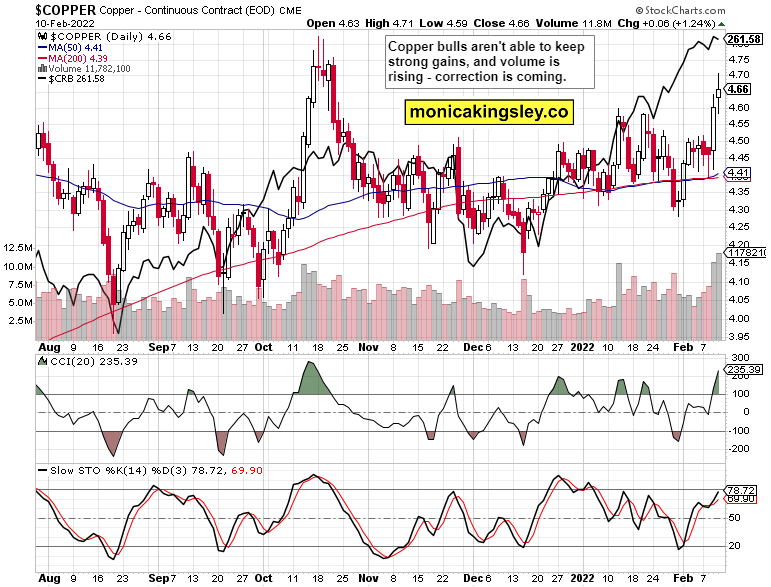 Copper is running into selling pressure, and looks in need of consolidation in order to overcome $4.60. The red metal remains true to its reputation for volatility. 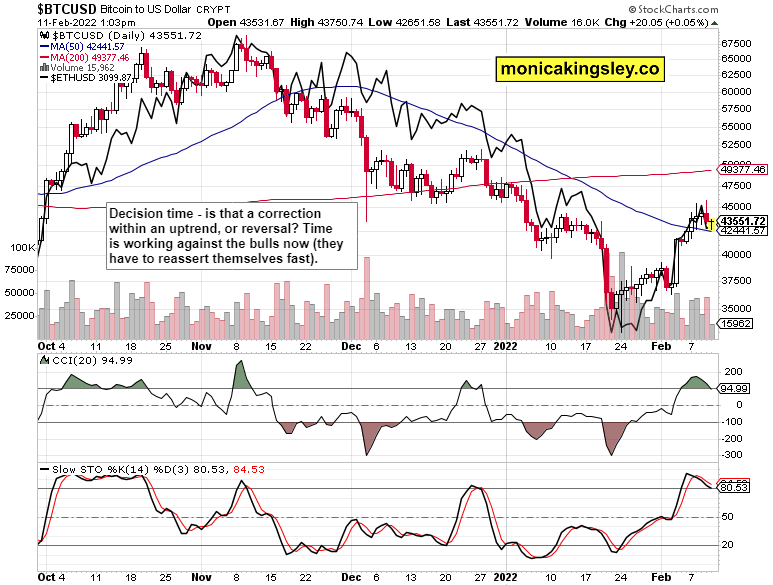 Cryptos are taking their time, and the bulls need to act. Given that volume isn‘t disappearing, the bears have a short-term advantage.

S&P 500 looks to be getting under pressure soon again, today. There is no support from bonds, unless these stage an intraday risk-on reversal. The momentum is with the sellers, and rips are likely to be sold as markets digest yet more hawkish Fed action slated for March. Digest and slated are the key words – the Fed‘s hand is being forced here. Commodities and precious metals are likely to do best in what‘s coming – the 5-10 day window of bullish S&P 500 price action, is slowly closing down.