The Pressures in the Oil Market Are Building

Crude oil bulls don’t seem to be making much progress these days. The situation is tense, and black gold keeps hovering ever so close to its recent lows. Can the bulls get their act together and avert the fall of a cliff ahead? 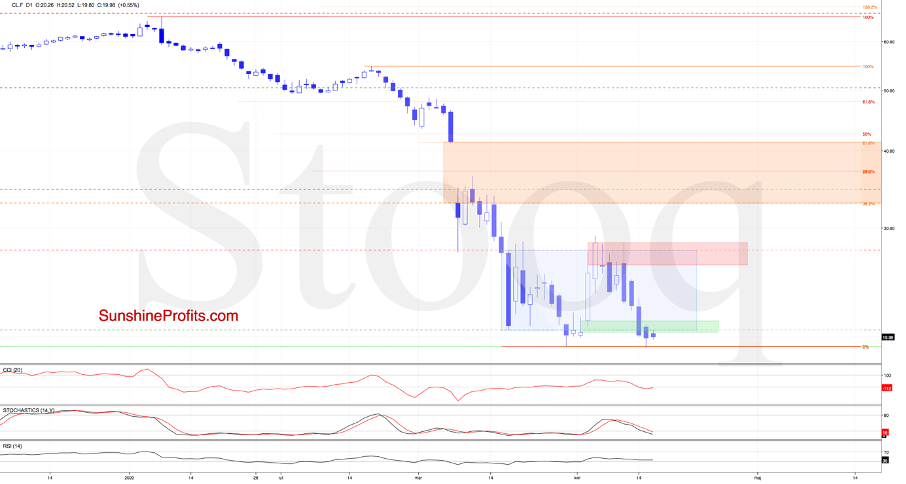 Looking at daily chart, we see that although crude oil futures extended losses and hit a fresh 2020 low, it was formed only 7 cents below the previous low. After that, the futures rebounded a bit, invalidating the earlier breakdown.

Earlier today, black gold futures tested the previously broken lower border of the blue consolidation. This could be considered as a verification of the earlier breakdown below this formation – and should it actually be the case, we’ll likely see a reversal and then decline in the following hours. 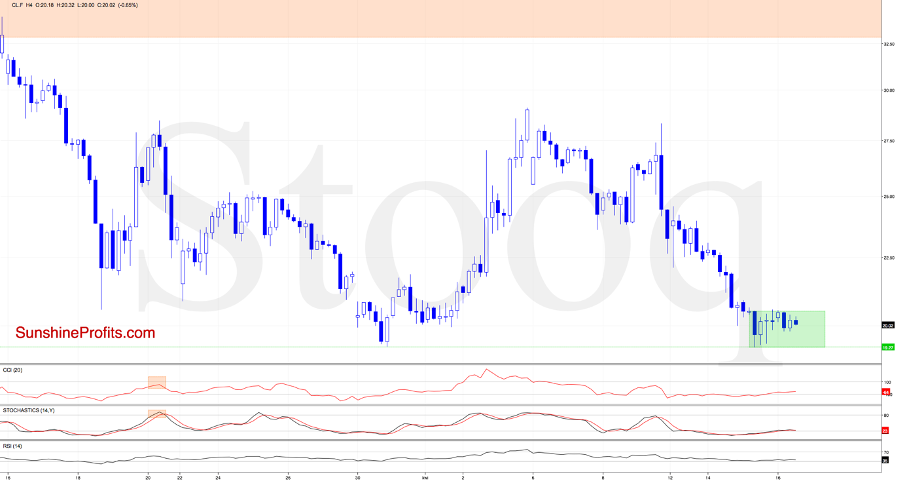 And speaking about today’s peak… thanks to today’s “increase” crude oil futures also climbed to the upper border of the green consolidation marked on the 4-hour chart above. This level stopped the bulls, and triggered a pullback in the following hours.

Therefore it’s our opinion that as long as both the above-mentioned resistances remain unbeaten, the way to the north is blocked and reversal may be just around the corner.

Should it be the case and oil moves lower from here, the first downside target for the bears will be yesterday’s low of $19.20.

Nevertheless, when we focus on the current position of the 4-hour indicators, we see that all of them generated their buy signals. This suggests that another attempt to move higher is likely in the very short term – and it could happen even later today). However, such development would be more likely and reliable only if the bulls take futures above $20.52, which is where both the above-mentioned resistances are.

From this perspective, we see that crude oil reached in March the upper border of the green support zone based on November 2001, December 2001, January 2002 and February 2002 lows (in terms of intra- monthly lows, monthly closing and opening prices). These serve as the nearest and major support for the price of black gold.

Connecting the dots, we think that the fate of crude oil and the futures will depend on the outcome of the fight around today’s pre-market peak. In other words, if the bulls use buy signals as a signal to fight and manage to push the futures above $20.52, the way to around $21.76 may be open. In this area, the size of the upswing would correspond to the height of the green consolidation seen on the 4-hour chart.

On the other hand, if the buyers fail once again and the futures won’t finish the day above $20.52, a reversal and the probability of at least a re-test of yesterday’s low, will increase. In this case, our yesterday’s observations will be up to date:

(…) The next strong support is provided by the 2001 low of about $17, but if it fails, crude oil could slide all the way down to the $11 level. Ridiculous? Yes, but impossible? Absolutely not. Likely? Yes, but not very likely. We might see the final bottom at $17, but it’s too early to say that it will indeed be the case. Unless we see some meaningful bullish indication while crude oil is trading close to $17, we’ll likely keep our original target for this decline intact.

Summing up, the situation is very tense in crude oil, but overall it seems that our profitable short positions will become even more so shortly.