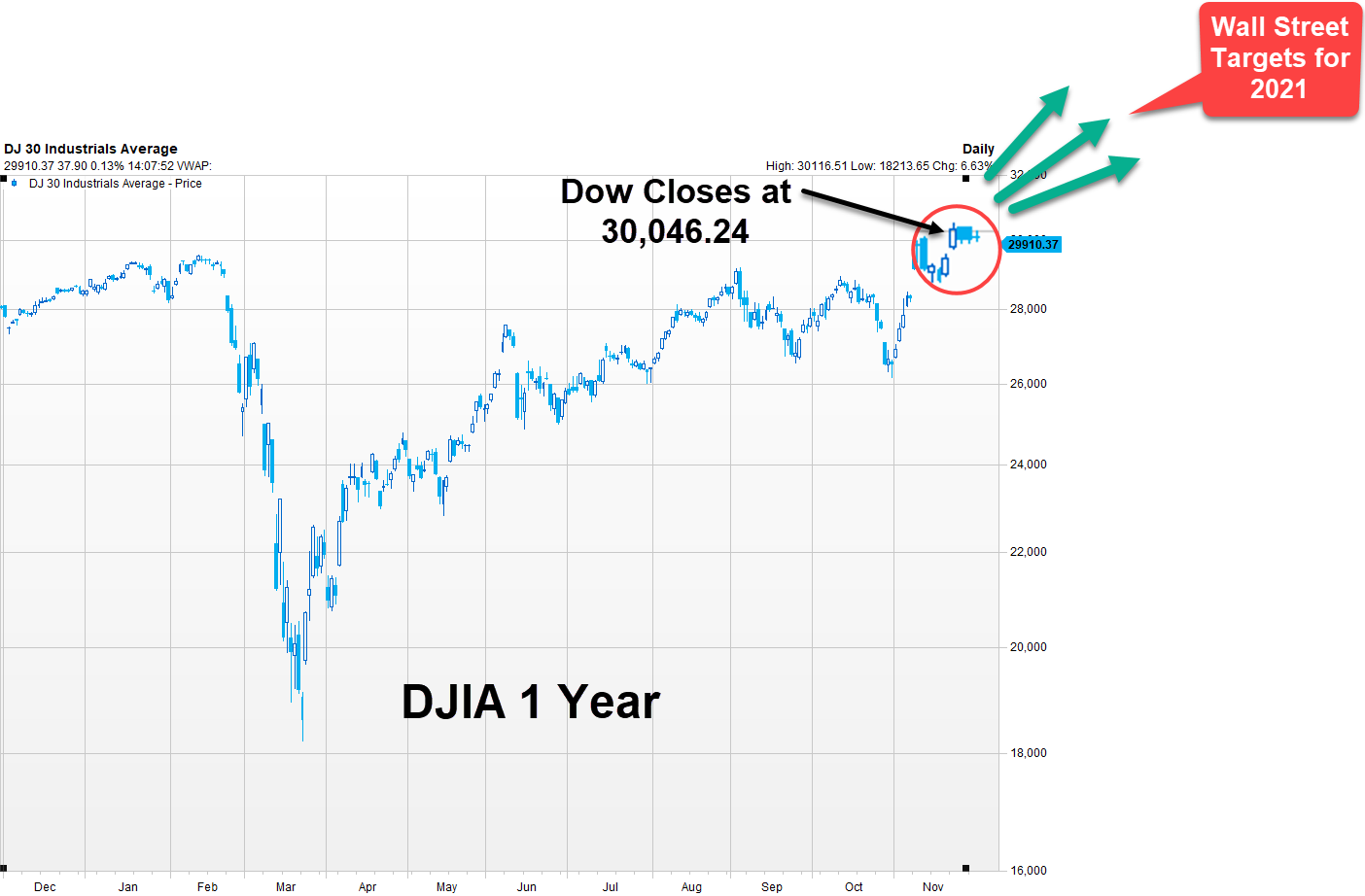 Of course, Dow 30,000 doesn't have the same ring if you're one of the 778,000 Americans who were laid off last week. The national disgrace of a Congress unwilling to put aside partisan politics and help these Americans, not to mention the thousands of businesses that employ them, flies in the face of the very intent of government. Virtually all economists on the planet, including voices from the Federal Reserve, have told Congressional leaders that some type of fiscal stimulus is needed as a bridge, even with several vaccines about to be deployed. 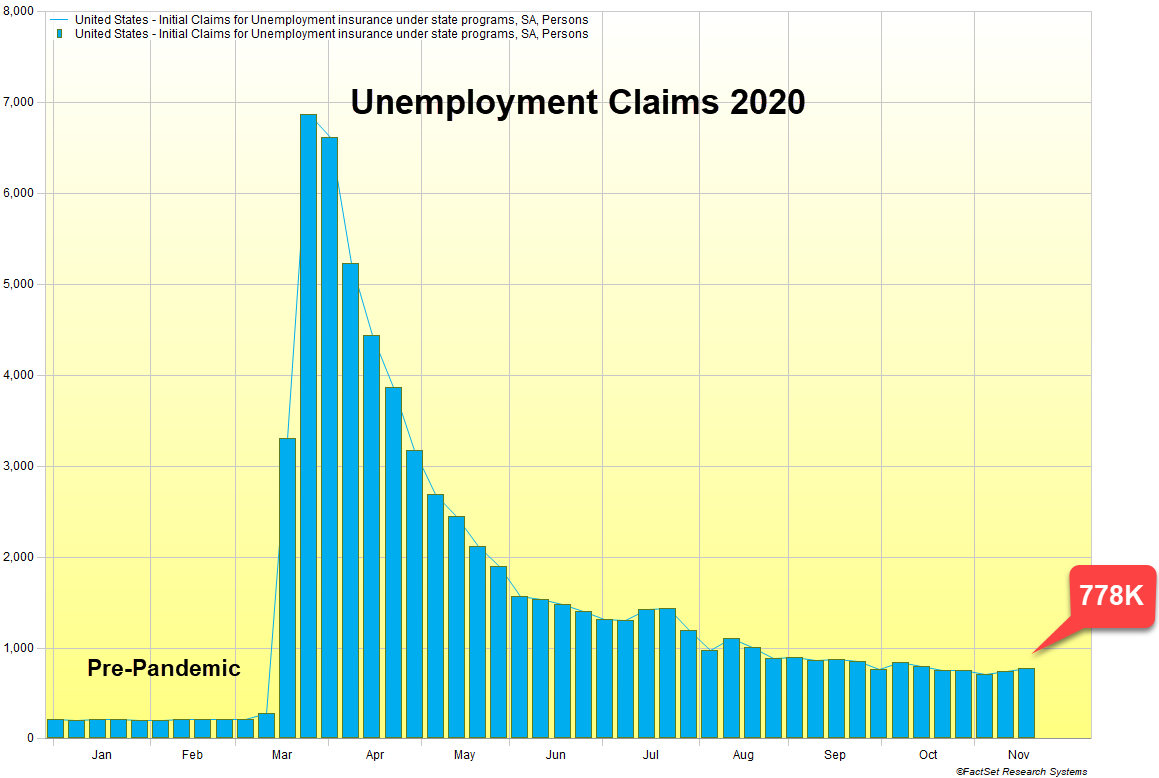 Last week, equity markets continued to drift higher adding to a November surge fueled by investor capital coming off the sidelines. The combination of multiple vaccines and the passing of an election cycle lets investors look across the valley, concerned less with the current rise of COVID-19 cases throughout the country and more about a return to normalcy.

Of course, the term will take on a whole new meaning post-pandemic as some industries will find it difficult to get back to previous levels of revenue and earnings. Given the advances made in stay-at-home technology, business travel will be challenged even as the world goes back to work. I'm quite certain Americans will jump on planes to Orlando to visit Mickey and Goofy, but they may think twice about a flight to Los Angeles for an ordinary business meeting. Zoom and other video conferencing products are just too good to pass up, not to mention the billions of dollars saved as business travel and hotel expenses are cut dramatically.

Commercial real estate will also find it difficult as many companies have already decided to reduce their office footprint, opting for employees to continue to work at home.

In the meantime, stocks have already looked across that valley and are starting to price in a decidedly better future. Why not? The data is constructive. Estimates continue to rise, companies are starting to deploy capital and we have several vaccines that could get us to herd immunity.

Global GDP is likely to average 6% next year. Estimates for the developed world on a country by country basis range from 2% to as high as 9%. Current estimates for the U.S. are about 4% with some economists leaning higher.

The Fed continues to be accommodative and has virtually assured us it has no intention of raising rates for years. With that backdrop, it's not surprising that Wall Street houses are raising their price targets for 2021 with some bulge bracket firms predicting large gains for the coming year. What could possibly go wrong?

Group think is incredibly dangerous. By definition it discourages creativity or individual responsibility. While there is an endless list of reasons to be bullish on equity returns for next year, we need the other side of the argument to keep us from going off the deep end. This is not a time to be complacent. Especially since bears today are becoming an endangered species.

In the face of plunging profits, a pandemic that brought the world to its knees and the most divisive election in our lifetimes, stocks once again have pushed to all-time highs. Yeah, yeah, yeah, stocks are a forward-looking mechanism. Some would say they are looking all the way to 2025. I'm bringing this up because I'm one of the bulls!

What could go wrong? Here are a few things to consider:

It's what we don't see below the waterline that is the most dangerous for a ship traveling across uncharted waters. Right now is one of those times. Remember, by definition, a Black Swan event can't be forecast.

The point is that, in the end, we really don't know what lies ahead and have limited ability to predict the future. What happens doesn't matter. Are we prepared to respond in real time to the challenges when they arrive? The answer is the difference between success and failure.

Related: The Rule of 72: Stocks Still Look Like the Better Asset Class